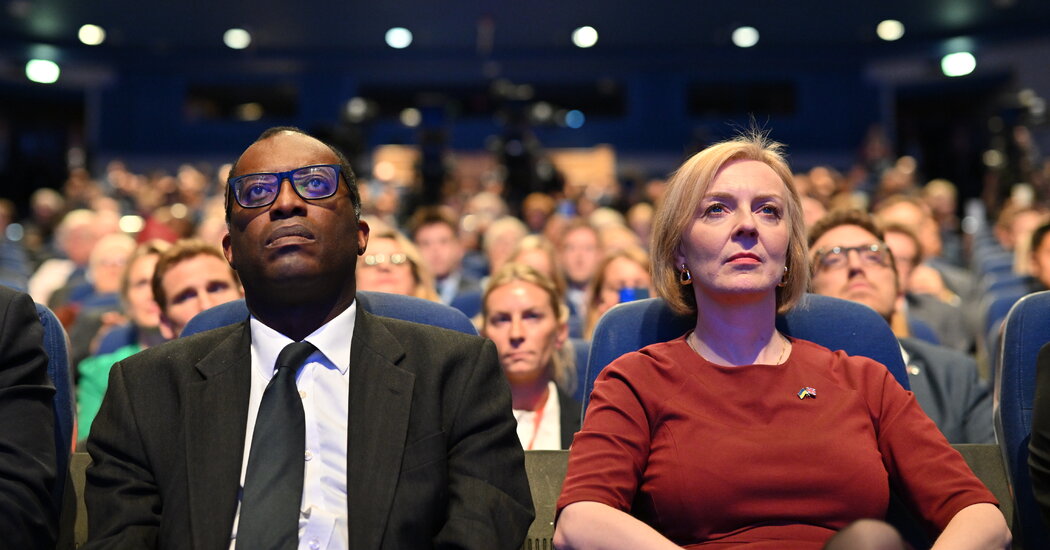 Liz Truss, who became Britain’s prime minister less than a month ago, may have set a political speed record. She certainly isn’t the first leader who has been forced to make a policy U-turn in the face of adverse market reactions. But announcing an economic program and then abandoning its central plank just 10 days later is something special.

And those of us on the center-left can, I think, be forgiven for feeling a bit of schadenfreude. Conservatives constantly warn that progressive policies will be punished by the “bond vigilantes,” who, they claim, will drive up interest rates at the prospect of any increase in public spending. Such warnings usually are proved wrong. In Britain, however, the bond vigilantes actually did make an appearance; interest rates shot up after the Truss government announced its economic plans. But the market wasn’t reacting to excessive spending, it was reacting to irresponsible tax cuts.

That said, the simple story — Truss proposed policies that would increase the budget deficit and feed inflation, and markets reacted by pushing interest rates up and the pound down — misses much of what really happened. This was both more and less than a matter of dollars and cents (or, I guess, pounds and pence). It was instead largely about a government squandering its intellectual and moral credibility.

How big a tax cut did Truss propose? She and her officials announced their policy without a budget score, which contributed to the market’s loss of confidence. However, there are independent estimates; for example, the Resolution Foundation, a British think tank, estimated the Truss tax cuts at 146 billion pounds over the next five years, which would be around 1 percent of projected G.D.P. over the same period. That’s not trivial, but it’s also not huge. And the particular tax cut that was just abandoned, a reduction in the top tax rate, was only part of that total.

So why was the market reaction so fierce? Partly because Truss and Kwasi Kwarteng, the chancellor of the Exchequer, justified their moves with the much discredited claim that reducing top tax rates would provide a huge boost to economic growth. This raised doubts about their competence and, indeed, their connection to reality; it’s never good when economists at major banks declare that a country’s ruling party has become a “doomsday cult.”

Questions about Truss’s judgment were reinforced by the cluelessness of her timing. Right now ordinary Europeans, including Britons, are facing hard times, largely as an indirect consequence of Russia’s invasion of Ukraine. The Ukrainians, incredibly, seem to be winning the war; it doesn’t detract from their valor to say that Western weapons have played an important role in their success. So Vladimir Putin has tried to place pressure on the West by cutting off natural gas flows.

This is a huge adverse economic shock to Europe, probably bigger than the oil shocks of the 1970s. Governments are trying to limit the pain caused by soaring energy bills. But all of Europe — again, including Britain — is facing something like the economic equivalent of war. (America is much less affected, although natural gas prices have risen here too.) And as in wartime, government policies need to promote a sense that people are all in this together.

At such a time, slashing taxes for the rich, who are already less affected by higher energy prices than people with lower incomes are, instead sends the message that only the little people will face hardship. This message is especially toxic given that the British public is already in an uproar over cuts to public services, especially health care, and wants to see taxes go up, not down, to pay for more. And it’s hard to govern effectively when you’ve angered most of your nation.

There was one more factor in the market turmoil created by the Truss proposals, which amplified the effects of lost credibility. It turns out that British pension funds, which own a lot of British government bonds, have tried to reduce risks with complex financial strategies that require that they put up extra cash when interest rates rise and bond prices fall. When interest rates suddenly jumped, pension funds couldn’t raise enough cash on short notice — and this threatened to force fire sales of bonds that would have pushed rates even higher. Emergency intervention by the Bank of England limited the damage, but the episode added even more anxiety.

And yes, with interest rates rising almost everywhere, one has to wonder whether there are other financial crises waiting to happen. The British bond meltdown was probably exceptional, but nobody who remembers 2008 can avoid feeling some anxiety.

But back to the Truss debacle. As I said, the savage market reaction to the new prime minister’s plans was about more than money. In tough times, leaders need to be perceived as being both realistic and fair. What Britain got instead was a leader who seems to live in a fantasy world and is oblivious to concerns about social solidarity. And it’s going to be very hard to make up for the damage she did in just a few days.