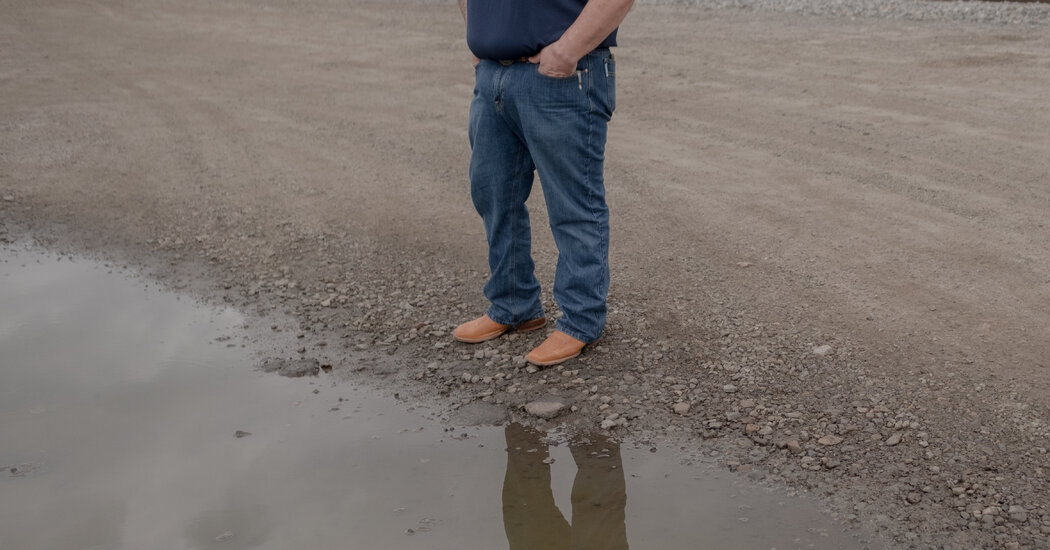 Many years ago, I went to a nail salon at an upscale mall in Kampala, Uganda, and was surprised that almost everyone working there was male. When I asked one of the employees why this was, he explained that doing nails was men’s work because it paid well. The salon wasn’t unique; as one local newspaper put it, “There is no visitor that comes to Uganda and won’t notice and comment about the young men carrying a basket in their hand with a manicure set.”

I thought of those male manicurists while reading Richard V. Reeves’s much-discussed new book, “Of Boys and Men: Why the Modern Male Is Struggling, Why It Matters, and What to Do About It.” Reeves writes about the myriad ways boys and men, particularly in America, are flailing: Many are falling behind in school, disconnected from family, vulnerable to opioid abuse and to deaths of despair. He believes, I think rightly, that it is important to recruit more men into fast-growing industries now dominated by women, particularly health and education.

But though Reeves, a senior fellow in economic studies at the Brookings Institution, recognizes material causes of men’s suffering, he’s hesitant to offer redistributive solutions. He emphasizes clever technocratic interventions, like having boys start school later than girls in order to account for their slower development, over far-reaching reforms, like increasing unionization and ending public subsidies for job-displacing automation.

The result is a book that, while often useful and interesting, also reveals the limits of wonky moderation. (I wasn’t surprised to learn that Reeves once served as director of strategy for the former British deputy prime minister Nick Clegg, a Liberal Democrat and self-described “radical” centrist.) Dismissive of partisanship, Reeves elides the political and economic decisions that have made American life brutal, in different but overlapping ways, for women and men both.

In his preface, Reeves says that he was reluctant to write “Of Boys and Men,” and that many people advised him against it because of the “current political climate.” He needn’t have worried. There’s been little left-wing backlash to the book, which is good, because the issues it raises are important.

Like many parents, I’ve seen how school is harder for my son than my daughter. “Boys are 50 percent more likely than girls to fail at all three key school subjects: math, reading and science,” writes Reeves. Things don’t get easier when boys grow up. Men’s rates of work force participation have fallen and their suicide rates have risen. It’s possible to believe that sexism remains a major impediment to women’s flourishing and also believe that for many boys and men life is much harder than it should be.

Even if you’re not inclined to care much about men’s welfare, their growing anomie and resentment is everyone’s problem, fueling right-wing populist movements around the world. People who feel unmoored and demeaned are going to be receptive to the idea that the natural order of things has been upended, the core claim of reactionary politics.

Some of men’s dislocation is an inevitable product of modernization, which, by making physical brawn less economically important, blurs men and women’s social roles. It is not just America, after all, where more women than men earn college degrees. There are also more female than male college students in Iran and, to a lesser extent, Saudi Arabia, which suggests, at least to me, that girls may be more innately disposed to academic life.

But male problems can be either exacerbated or ameliorated by political choices. Reeves makes the case that girls are more resilient than boys, writing that “economic and social disadvantage hurts boys more than girls.” Presumably, it would follow that disinvestment in public schools — including growing class sizes and the reduction of recess and gym in favor of test prep — is also hitting boys particularly hard. Yet Reeves spends more time bemoaning the left’s use of the phrase “toxic masculinity” than discussing how schools are funded or, for that matter, the school-to-prison pipeline.

Similarly, Reeves makes a convincing case that boys benefit from male teachers, and that Black boys benefit from Black male teachers. He calls for a “massive, urgent recruitment effort,” which is a fine idea, but one that’s likely to be futile unless we stop demonizing teachers and start paying them fairly. Old-fashioned sexism means that lower-paid and lower-status jobs are dominated by women. Reeves is in favor of raising teaching salaries, but it’s something he mentions in an almost offhand way. He spends more time discussing the need for marketing campaigns to sell men on traditionally female jobs.

Reeves has his own marketing to do, so his emphases make sense: Demanding more money for schools is boring; his plan to give boys an extra year of preschool is novel and provocative. But as he writes, “The male malaise is not the result of a mass psychological breakdown, but of deep structural challenges.” If that’s true, we also need deep structural changes to heal it.