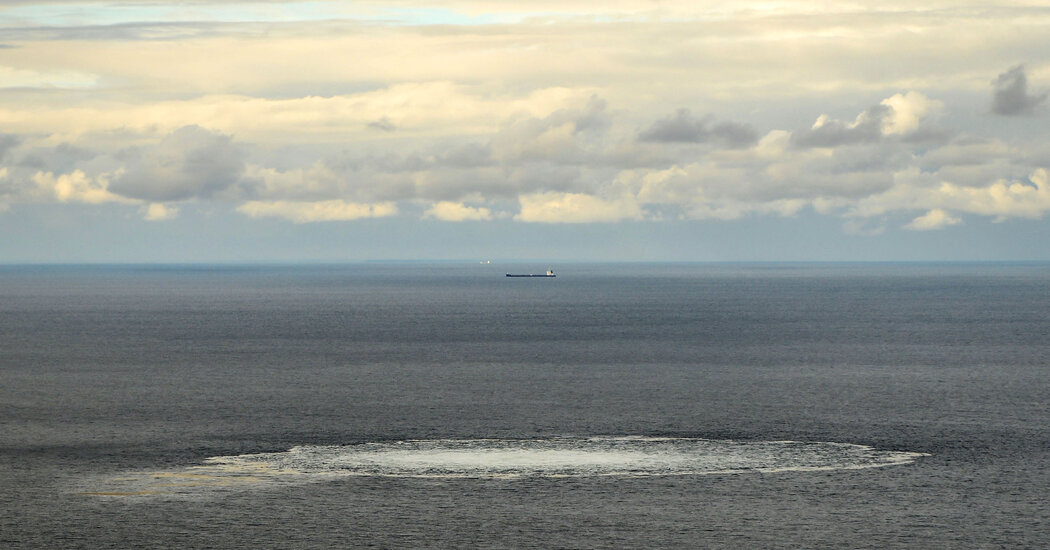 Leaks from the Nord Stream 1 and 2 pipelines have finally stopped after three separate ruptures were discovered in the natural gas lines last week, the Danish Energy Agency said on Sunday.

Nord Stream AG, the company that manages the pipeline, told the agency that “a stable pressure now appears to have been achieved on the two Nord Stream 1 pipelines,” meaning that gas is no longer flowing out of them, the agency said in a statement on Twitter.

The two major lines — which were built to deliver natural gas from Russia to Germany — ruptured in three separate places last week after explosions under the Baltic Sea.

Although the official cause has not been identified, political leaders in Europe and the United States have suggested that the incident was an act of sabotage, as much of the speculation about responsibility has focused on Russia, whose state-controlled energy company, Gazprom, is the main owner of the pipelines.

A spokesman for President Vladimir V. Putin of Russia, Dmitri S. Peskov, dismissed the notion of Russian sabotage as “stupid” and suggested that the United States was behind the attacks.

Neither pipeline was actively transporting gas at the time, but they still contained methane, the main component of natural gas. The leaking gas produced a half-mile wide stream of bubbles near Denmark and Sweden, raising questions about the incident’s environmental impact. Though methane partly dissolves in water and is not toxic, it is a greenhouse gas.

The pipelines have featured in the conflict over Russia’s invasion of Ukraine for months.

The German government shelved the Nord Stream 2 project in February, just as Russia began to invade Ukraine. And Nord Stream 1 appears to be part of a larger Russian strategy of leveraging energy against Europe as punishment for opposing the war.

Nord Stream 1 has not moved gas into Europe for weeks, with Russia citing maintenance reasons for closing the line. Europe widely interprets the shut-off as a threat that Mr. Putin could cut Ukraine’s allies off as winter approaches.