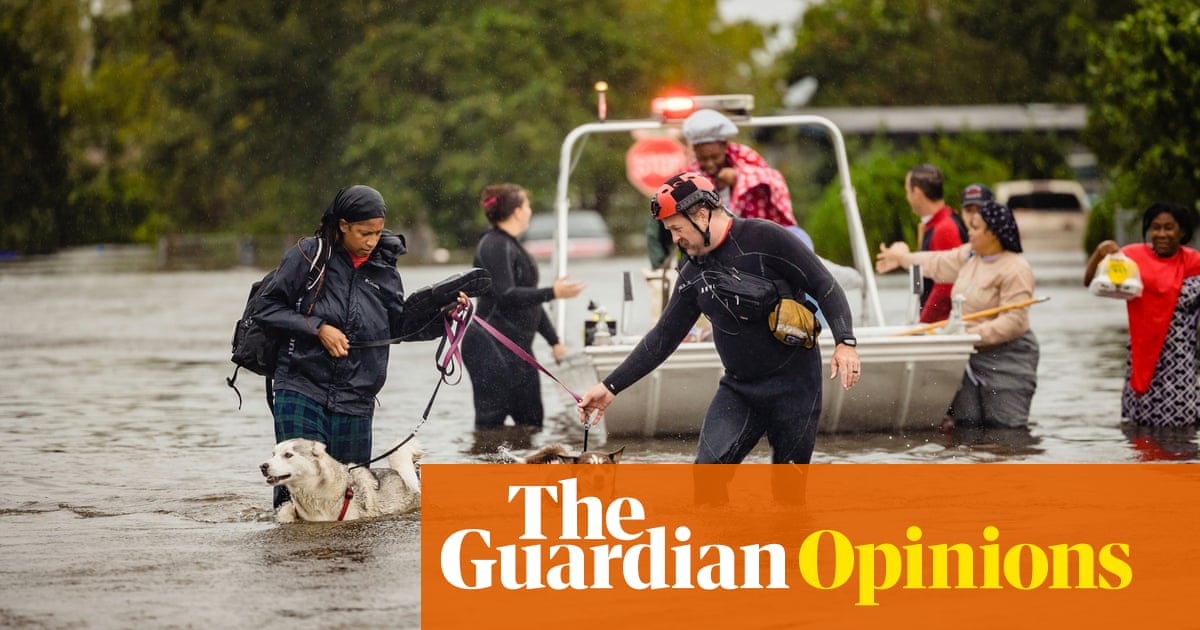 I became a climate activist 16 years ago. Back then, not many people cared about climate change. The eye rolls were audible. Media coverage was scarce, and what little there was glibly included “both sides”. It was frustrating and tragic to see such a clear and present danger and to know that it was still mostly avoidable, yet ignored by society.

I assumed that intensifying, in-your-face climate disasters would serve as a sort of backstop to finally force action. I even hoped that humanity would listen to scientists and start acting before things got that bad. I didn’t think this was too much to expect; after all, the scientific fundamentals are easy enough to grasp.

But things have turned out worse than I dreamed possible. I underestimated the depth and intransigence of society’s collective climate denial. Despite climate breakdown being far more intense by 2022 than I thought it would be – it all feels like a decade or two ahead of schedule, somehow – the world still isn’t treating global heating like the emergency it is.

To understand what an emergency we are now in, the scale and variety of the climate damage we’ve already incurred, you only need to look at a few of the most recent disasters. Hurricane Ian has just pummeled Cuba and Florida. The full extent of the disaster will only be revealed in the coming days and weeks, although first looks are shocking. But we do know with certainty that Ian was supercharged by global heating through several well-understood fundamental physics pathways.

First, hurricanes are heat engines, powered by large expanses of hot ocean. The ocean is absorbing over 90% of the excess energy trapped in the Earth system by human greenhouse gas accumulation, and this means more available energy for more intense storms. Second, a hotter atmosphere can hold more water vapor, which (along with hotter ocean water and stronger winds) translates into more rain. Third, higher sea levels from accelerating land ice melt and ocean thermal expansion mean additional supercharging of storm surges relative to established coastlines and low-lying land. All of these supercharging mechanisms will continue to worsen as global heating itself worsens.

Or consider the record extreme heat, fires, and drought that have hammered arid subtropical regions such as California, Spain, China and elsewhere this summer. The planet has heated by about 1.3C on average since fossil fuel burning began in earnest 150 years ago, and is now increasing by 0.1C every five years. These mean values roughly double over the planet’s land surfaces. That extra heat also supercharges heatwaves. In addition, global heat is expanding the Hadley cell circulation and moving subtropical storms poleward, causing a permanent increase in subtropical aridification. All of this tends to dry out soils, kill trees and worsen wildfires.

Or consider the biblical flooding in Pakistan from a few weeks ago. Or the “doomsday glacier” in Antarctica which promises “big changes over small timescales”. Or record melt of the Greenland ice sheet. Or the crazy and deadly disintegration of glaciers in Europe.

In short, it has been a summer of climate insanity. But even so, this will be, on average, the coolest summer with the least climate chaos for the rest of your life. That is just the nature of trends. It should be terrifying.

Rising global heat is driving all the chaos. About 80% and 15% of global heating is due to the fossil fuel and animal agriculture industries, respectively. So long as these global industries exist, the planet will keep heating and climate chaos will keep getting worse. It’s that simple, and that inexorable.

And climate impacts are essentially irreversible due to the long residence times of greenhouse gas molecules in the atmosphere. Once those molecules leave our cars and airplanes and power plants, they aren’t coming back anytime soon. Think of fossil fuels as a sort of heat ratchet, taking our climate permanently further into chaos.

Since the fossil fuel and animal agriculture industries are permanently degrading Earth’s habitability, and every aspect of human life and civilization obviously depends on that habitability, any elementary school student could tell you we need to end those industries quickly. And yet, we are not doing this. Instead, world leaders have been doing all they can to expand fossil fuels. Also, there is no discussion to speak of about ending animal agriculture. Even the new climate bill has massive provisions designed to expand the fossil fuel industry.

The desperation I feel over this clear failure of world leaders to take the obvious and necessary actions to halt Earth breakdown and potentially save billions of lives led me to engage in civil disobedience earlier this year, an action that resulted in my arrest.

Where should we go from here, and what can you do? These two questions are connected. Our leaders’ loyalty to rich fossil fuel executives, who pay them off, is still stronger than their fear of the climate-concerned electorate. Once the grassroots climate movement becomes stronger than the fossil fuel industry, real climate action suddenly becomes possible.

Halting climate breakdown will take broad and deep global buy-in built through climate reparations and economic protections for the working class as the transition proceeds. It will require nationalization of utilities and the energy industry, and an overall reduction in energy use, in addition to renewables buildout.

In other words, we need society to switch into climate emergency mode. And the key to that happening is for you to demand it loudly and rudely, as though your life depends on it.