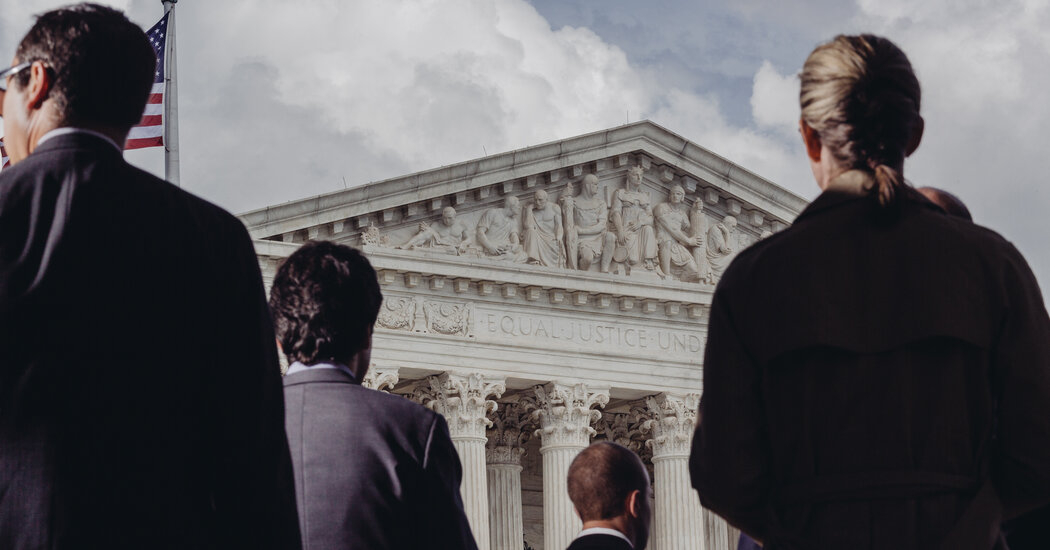 In the process, the court has unmoored itself from both the Constitution it is sworn to protect and the American people it is privileged to serve. This could not be happening at a worse moment. Election deniers in the Republican Party are undermining the integrity of the American electoral system. Right-wing political violence is a present and growing threat.

It is precisely during times like these that the American people need the Supreme Court to play the role Chief Justice Roberts memorably articulated at his own confirmation hearing — that of an umpire calling balls and strikes, ensuring a fair playing field for all. Instead, the court’s right-wingers are calling balls for one team and strikes for the other.

The way the court went about eliminating the federal right to abortion is a prime example of this misuse of its power. First, the right-wing justices used the court’s “shadow docket,” which refers to orders issued in response to emergency applications without open hearings or any public explanation, to allow an obviously unconstitutional anti-abortion law in Texas to stand. They also agreed to hear a separate challenge out of Mississippi, Dobbs v. Jackson Women’s Health Organization, that didn’t formally ask them to overturn Roe v. Wade. When they chose to do so anyway, the majority opinion, by Justice Samuel Alito, cherry-picked its historical examples and dismissed Roe as “egregiously wrong,” disdaining the work of earlier justices who had weighed the same constitutional questions carefully for decades.

As the dissent in Dobbs noted: “The majority has overruled Roe and Casey for one and only one reason: because it has always despised them, and now it has the votes to discard them. The majority thereby substitutes a rule by judges for the rule of law.”

In the coming months, the court will decide cases on affirmative action, the Voting Rights Act (yet again) and the power of state legislatures to ignore their own constitutions and even their voters. The rulings in these cases could dramatically reshape the country’s politics, and Americans should be able to trust that those rulings will be made by an impartial tribunal.