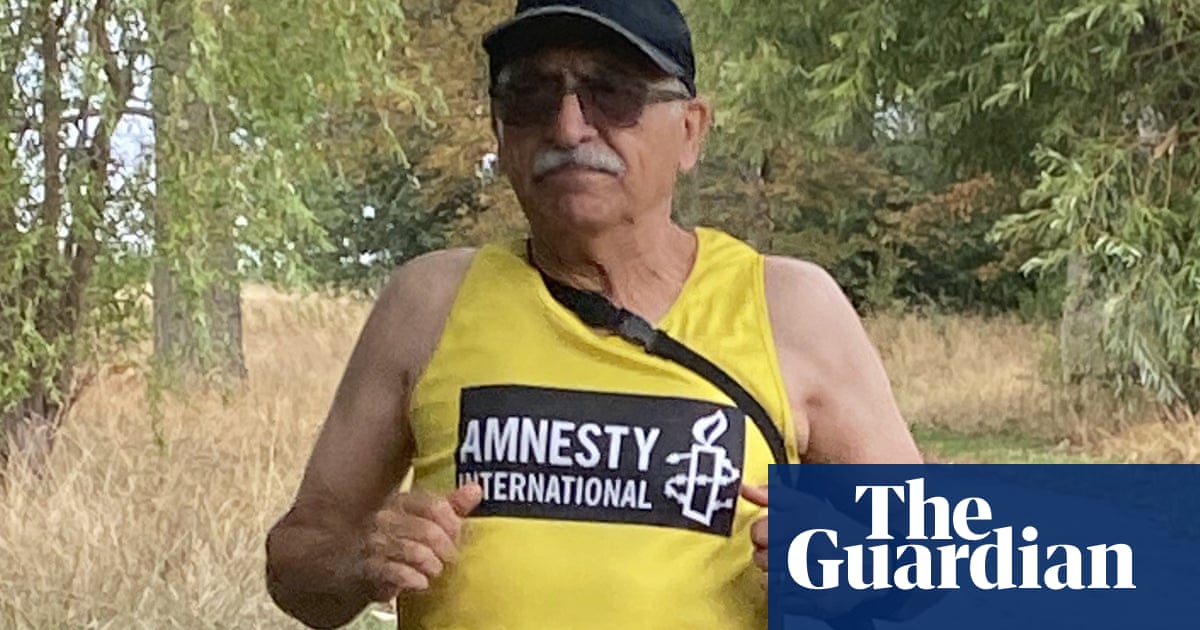 Anoosheh Ashoori, a British-Iranian man who spent nearly five years in jail in Iran has said he will be running the London Marathon with “solidarity with the people of Iran and the women’s movement” on his mind.

Ashoori, from Lewisham in south London, was freed in March alongside Nazanin Zaghari-Ratcliffe.

He will be running through the UK capital on Sunday to raise funds and awareness for Amnesty International and Hostage International but said his reason for taking part in the 26.2-mile race had now “expanded”.

“I have a bigger goal on top of that which is I am dedicating my run to the people of Iran, to the 85 million prisoners in that country,” the 68-year-old told BBC Radio 4’s Today programme.

He praised those protesting in Iran following the death of Mahsa Amini, a young woman who died in police custody after she was arrested for allegedly not complying with the country’s hijab regulations.

He said that, while running the marathon, “my heart will be with” the women who have been cutting off their hair in public as part of the protests and he wished them success.

Ashoori was arrested in August 2017, when he was visiting his mother, and sentenced to 12 years in prison – 10 years for allegedly “spying for Israel’s Mossad” intelligence agency and two years for “acquiring illegitimate wealth”. He denied both charges.

He set himself the goal of completing the London marathon during his sentence and began training while in jail.

He said: “We had this yard, 15 metres by 17 metres and we had to run in circles which put a lot of strain on your knees, but we had to, no other choice.”

At one point, the Iranian authorities banned inmates from using the sports facilities, meaning Ashoori and those he was detained with had to find alternative ways to train.

“They banned the little that they had, so we were practising in a patio, but we were determined to carry on,” he said.

Despite suffering from a degenerative torn meniscus, Ashoori has been training for the marathon with the help of a professional coach assigned to him by Amnesty International.

Practising under the supervision of his coach, the furthest Ashoori has run is 18.6 miles (30km). He said: “I’m doing well, and if my knees don’t fail me I am sure I will cross that finish line.”