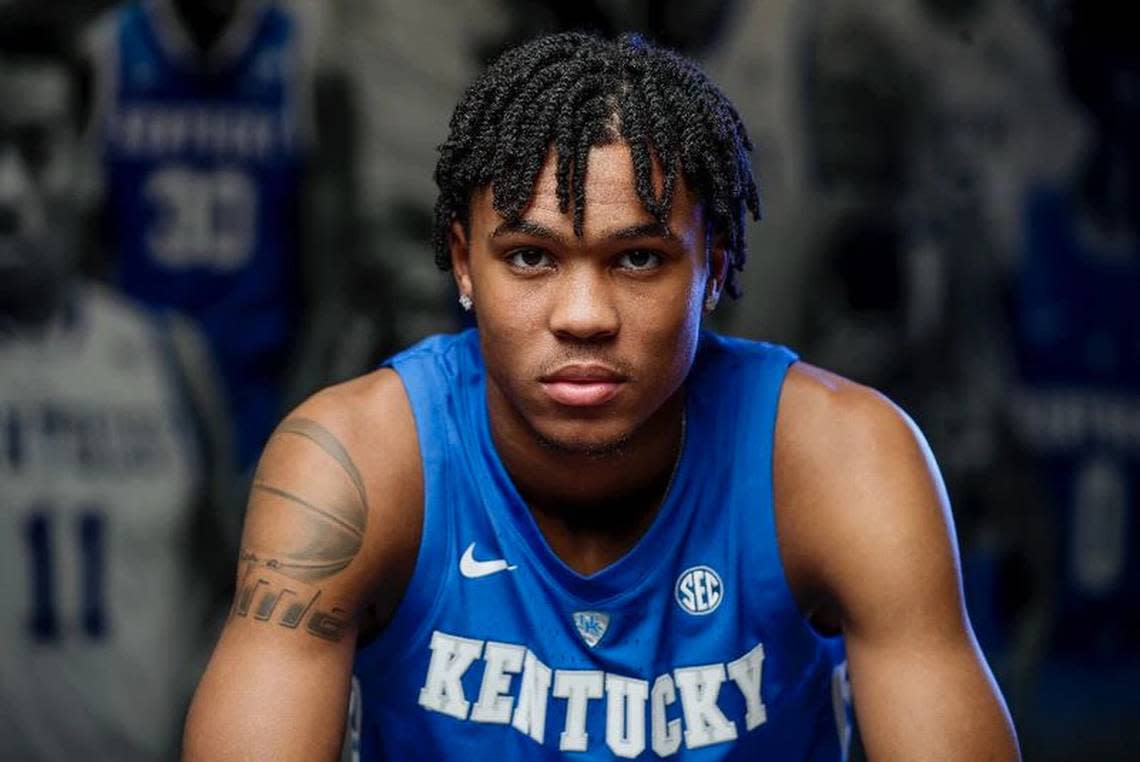 As the recruitment clock continues to tick down for both Aaron Bradshaw and DJ Wagner, the high school and travel basketball teammates have come to be viewed as a package deal.

In that sense, Wednesday morning brought good news for Kentucky.

According to Travis Branham, a 247Sports analyst, both Bradshaw and Wagner are expected to visit Kentucky for Big Blue Madness on Oct. 14 at Rupp Arena.

Also according to Branham, the New Jersey duo are expected to be joined at Big Blue Madness by two current UK commits in the class of 2023: Justin Edwards and Reed Sheppard.

UK has three commits in the class of 2023 right now: Edwards, Sheppard and Robert Dillingham.

Another nugget of information reported by Branham that’s significant in the recruitment of both players?

Neither is expected to visit Louisville for its preseason basketball event, Louisville Live, on Oct. 21.

What happens when Jim Boeheim steps away at Syracuse?

Predictions for which teams will miss the NCAA Tournament this season

More Next Cats: Top recruiting links from earlier this week.