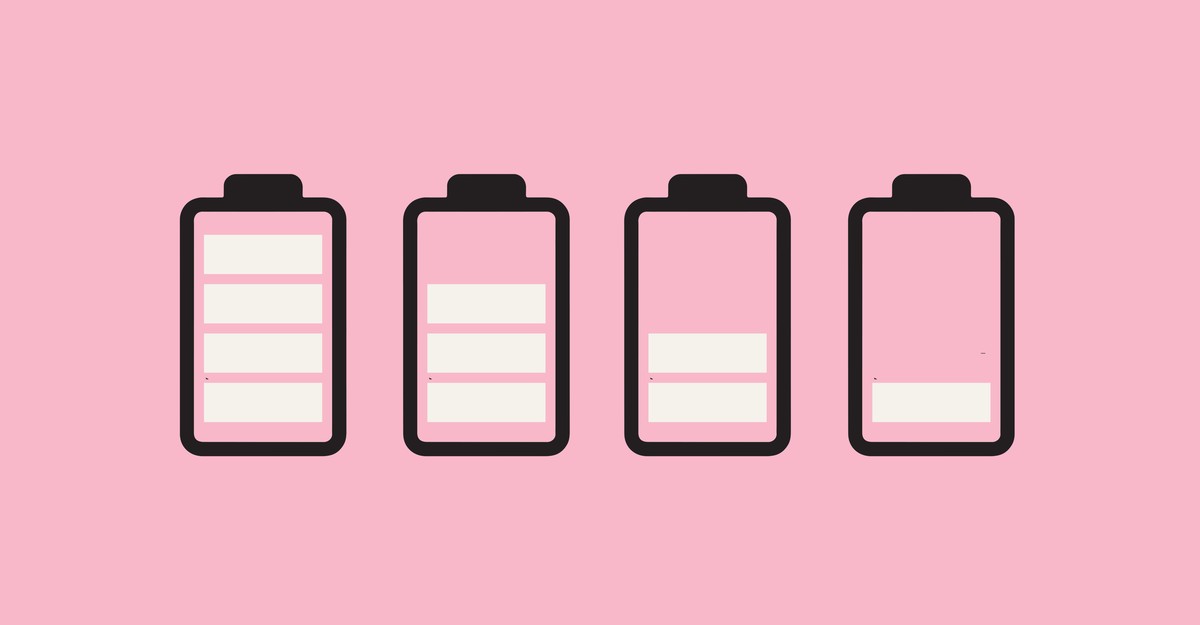 The country is in the midst of a burnout crisis. In the American Psychological Association’s most recent Work and Well-Being Survey, large proportions of American workers said that they felt stressed on the job (79 percent), plagued by physical fatigue (44 percent), cognitive weariness (36 percent), emotional exhaustion (32 percent), and a lack of interest, motivation, or energy (26 percent). Such measures are up significantly since the pandemic hit.

Nowhere is this burnout crisis worse than in the caring professions. An untold number of nurses, teachers, and child-care workers are asking themselves Is this worth it? and deciding it is not. Nurses are walking off their jobs and quitting in droves, while those still at the bedside are experiencing high rates of depression. Shortages of teachers are prompting some school districts to institute four-day weeks and hire educators without a college degree, and more than half of educators report wanting to quit. The child-care workforce is shrinking, spurring parents to camp out overnight to win coveted day-care spots and pushing mothers out of the workforce.

Two mutually reinforcing trends are at play. Occupations that were always difficult have gotten only more so because of coronavirus-related safety concerns and disruptions, as well as pay that is not keeping up with the rising cost of living. And the tight labor market has provided an opportunity for workers to switch to better, less fraught jobs—straining their colleagues who remain and spurring still more workers to consider leaving.

Given that care workers are the people making sure that babies thrive, sick people heal, and children learn, as well as allowing parents to remain in the workforce, the burnout crisis among them is a crisis for society writ large. For decades, these positions have often required some degree of self-sacrifice, asking workers to accept modest pay and tolerate emotionally grueling duties for the greater good. The pandemic and the strong economy have made that sacrifice too much for too many, and is ultimately putting all of us at risk. In particular women: When shortages occur in these female-dominated “pink-collar” industries, other women typically are the ones to quit their jobs, reduce their hours, or reshuffle their priorities in response.

Read: The devaluation of care work is by design

Unfortunately, day-care centers, hospitals, long-term-care facilities, and schools are bleeding workers and having trouble filling open positions. Although the economy has recovered nearly every job that it lost earlier in the pandemic, the U.S. has nearly 100,000 fewer child-care workers, a loss of 12 percent. About 300,000 fewer nurses are on the job, down roughly 10 percent. And 570,000 fewer educators are working in public schools, a decline of 7 percent; schools across the country are reporting a record 40,000 vacancies. Workers remaining on the job feel miserable. More than half of teachers say they are contemplating quitting, as are nine in 10—nine in 10!—nurses.

No wonder, given the pressures such workers are under. The past two and a half years have been hard for everyone, but particularly brutal for people in these professions. As many as 40 percent of day-care centers shut down during the pandemic, and one in 10 closed permanently. Teachers have had to contend with lockdowns, Zoom school, and controversial reopenings. Nurses have struggled with the trauma of seeing so many COVID patients and being exposed to the virus themselves.

Now care workers are contending with new stressors. Teachers report dealing with a surge in violent and antisocial behaviors among parents and students; one in three says they have experienced at least one threat or incident of harassment of late, according to an APA survey. They also say that the political climate has made teaching harder: One in three teachers reports being harassed because of their school’s COVID-19 safety measures or its curriculum, including on matters of race and racism. The share of hospital nurses who have encountered violence on the job has doubled during the pandemic, too.

Rising wages and ample job openings have given such workers the opportunity to switch gigs—especially child-care workers. Indeed, the typical nanny or day-care teacher makes just $13.22 an hour, according to the Bureau of Labor Statistics. Only one in five has employer-sponsored health coverage. Why make poverty wages changing diapers, soothing tantrums, and wiping noses—while tending to the issues of stressed-out, helicoptering parents—when you could make $5 more an hour as a cashier or a barista, with the added benefit of health insurance and a retirement plan? Some schoolteachers are asking themselves the same question, given that one in six has a second job and that teacher pay has declined in real terms in more than half of states in the past 20 years.

Read: Why America’s teachers haven’t been getting raises

As workers across the caring professions have left, conditions for those remaining on the job have gotten worse—a kind of flywheel immiserating many of our economy’s most essential workers. In recent surveys, two in three nurses reported that their patient counts had recently increased, making attentive care more difficult. And teachers report getting stretched thinner by bigger classes and bloating to-do lists.

In each case, those shortages are affecting the delivery of vital social services, with indirect effects on the whole economy. Many schools are struggling to keep their special-education programs staffed, putting kids with autism-spectrum disorder and other conditions at risk of falling behind. Hospitals and clinics are concerned about rising patient-to-staff ratios, which increase the risk of medical errors. And the impossibility of finding reasonably priced child care has contributed to some 330,000 mothers dropping out of the workforce—a trend particularly affecting Black mothers and the mothers of small children. All of this adds up to lower-performing schools, worse health care, greater risks for children, and fewer parents in the workforce. These costs are borne by everyone.

President Joe Biden and the Democratic Congress had hoped to build a less carbon-dependent, more humane post-pandemic economy, via massive investment in the country’s physical and human infrastructure. They’ve gotten half the job done, devoting hundreds of billions of dollars to green energy but relatively little to the country’s human infrastructure. Absent more public spending, the burnout crisis stands to get worse, as more people leave these crucial professions and parents are forced to shoulder the burden at home. For the American economy to become a better economy, jobs in the caring professions need to become better jobs.