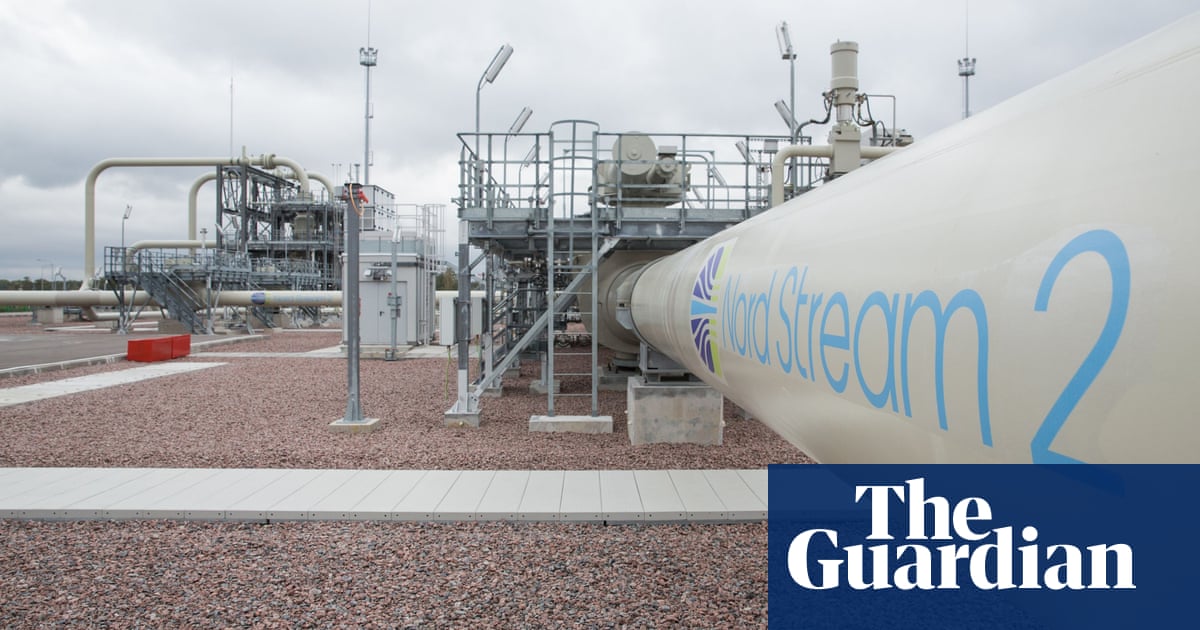 Gas is seeping into the Baltic Sea from three separate leaks on the Nord Stream 1 and 2 pipelines, Denmark’s energy agency confirmed on Tuesday, prompting speculation that the infrastructure at the heart of the energy standoff between Russia and Europe had been deliberately damaged.

A five-mile exclusion zone for shipping has been set up around Bornholm, and flights below 1,000 metres have been banned in the area. Methane, the primary component of natural gas, partially dissolves in water, is not toxic and creates no hazard when inhaled in limited quantities.

“Breakage of gas pipelines is extremely rare”, Danish authorities said in a statement. “Therefore we see reason to raise the preparedness level as a result of the incidents we have seen over the past 24 hours.”

Nord Stream AG, the pipeline operator, had on Monday morning reported an unexpected overnight drop of pressure from 105 to 7 bar in Nord Stream 2, which is filled with gas but was cancelled by Olaf Scholz, the German chancellor, shortly before Russia’s invasion of Ukraine.

A further drop of pressure was reported on Monday afternoon in Nord Stream 1, which Russia shut down indefinitely at the start of September, initially saying it needed repairs.

German and Danish authorities would initially not comment on the cause of the extremely rare leaks while investigations were continuing. But the Danish prime minister, Mette Frederiksen, on Tuesday afternoon said she “cannot rule out” the possibility of sabotage.

With three separate leaks happening almost simultaneously with some distance between them, it was “difficult to imagine” it was a random accident, Frederiksen said at a short press conference during a visit to Poland, where she is participating in the opening of the Baltic Pipe gas pipeline.

Anonymous sources in German government circles also said the simultaneity of the three leaks made an accident unlikely. “Our imagination cannot come up with a scenario which isn’t a deliberate attack,” a person involved in the investigation told the German daily Der Tagesspiegel.

The news magazine Spiegel, quoting government sources, said officials were not ruling out sabotage, designed to cause further uncertainty on Europe’s energy markets.

A European security source told Reuters news agency there were “some indications that it is deliberate damage”, adding it was still too early to draw conclusions. They added: “You have to ask: Who would profit?”

The drop in pressure comes after some politicians on the far right and far left of Germany’s political spectrum have started calling for Nord Stream 2 to be opened for gas deliveries to Europe, in defiance of Germany’s stated solidarity with Ukraine.

“This is a very concerning news,” he added, calling for a prompt investigation. “Indeed, we are talking about some damage of an unclear nature to the pipeline in Denmark’s economic zone.”

Poland’s foreign ministry, meanwhile, suggested that the damage could be an act of provocation on behalf of the Kremlin. “Sadly our eastern partner is constantly pursuing an aggressive political course,” the deputy foreign minister, Marcin Przydacz, said in Warsaw. “If it is capable of an aggressive military course in Ukraine, then it’s apparent that acts of provocations in western Europe also cannot be ruled out.”

Since no gas has flowed through either of the pipelines since the start of the month, German authorities have been quick to reassure people that the leaks will not affect its plan to fill gas storage tanks in time for winter.

Environmental NGOs said the leaks were likely to cause large-scale damage to the environment. “As soon as methane in gas form raises from the surface of the sea into the atmosphere, it will massively contribute to the greenhouse effect,” said Sascha Müller-Kraenner of the pressure group Environmental Action Germany.