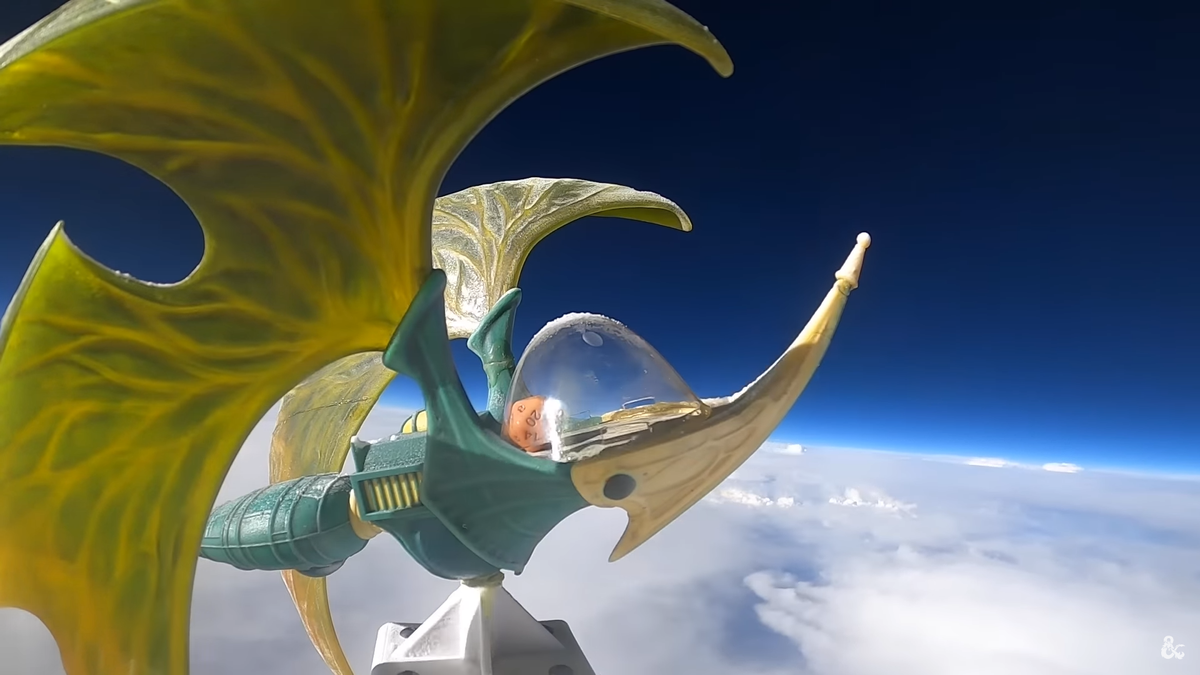 File this one under “headlines I did not ever expect to write,” folks.

Dungeons & Dragons makers Wizards of the Coast have celebrated their recent release of Spelljammer, a sci-fi inflected setting for D&D by sending one of the game’s iconic twenty-sided dice to space. In a moment you couldn’t predict nor fake, the die rolls with its 20 and 1 sides pointing to the camera during pivotal moments in the video.

Safely ensconced in a plastic bubble on the deck of a (scale model) Star Moth spelljammer on a balloon, a two hour video shows the die’s journey past the clouds to where the curvature of the earth is obvious. It’s all set to the beats of the album Wizards made for their release, called Spelljams, which is a synth-heavy journey through fantasy space.

The video, which to everyone’s chagrin is titled “Launching a Dice to Space” because you can’t say the actual singular (die) on YouTube or their algorithm hates you, was posted by Wizards to their channel over there. (opens in new tab)

Miraculously, just after release the die jostles in such a way that the 20, the critical hit, the big success, points towards the camera. It’s not technically the face rolled… but it sure does feel like that.

Later in the video as the craft approaches its top height it flips around again, showing the 1 to the viewers… then all hell breaks loose. High winds flip the thing every which way, culminating in the craft getting ripped from the frame and thrown into the distance.

It’s a wild ride. I’d suggest watching the start and finish segments, but be sure to stop in at about the 30-40 minute marks for some really lovely fluffy clouds above the rich blue desert skies.