CAPTURED Aiden Aslin was ordered to ring government departments, including the DVLA, to lobby for a prisoner exchange.

Aiden, 28, laughed as he told how Vladimir Putin’s goons demanded he ring the Driver and Vehicle Licensing Agency.

He told The Sun: “You couldn’t make it up. They were getting me to ring every single government department, including the DVLA and the Environment Agency.

“I told them a call centre worker issuing driving licences wasn’t going to be able to contact Boris Johnson on their behalf.

“But they wouldn’t have any of it.”

He and fellow Brit Shaun Pinner, 48, were also ordered to ring The Sun seven times. Each time, we refused to run a story. 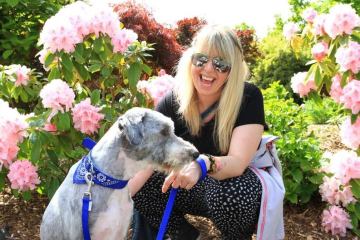 Shaun said: “Over time our value to them decreased and it’s thanks to the people at The Sun.”

Using a satellite phone, they warned they faced the death penalty unless the demands of the Kremlin henchmen holding them were met.

Shaun told The Sun he was facing 20 years in jail or death after being charged with being an “illegal combatant”.

They wanted him to ring Sun on Sunday columnist Karen Brady, vice-chairman of his team West Ham, to get her to put pressure on the government.