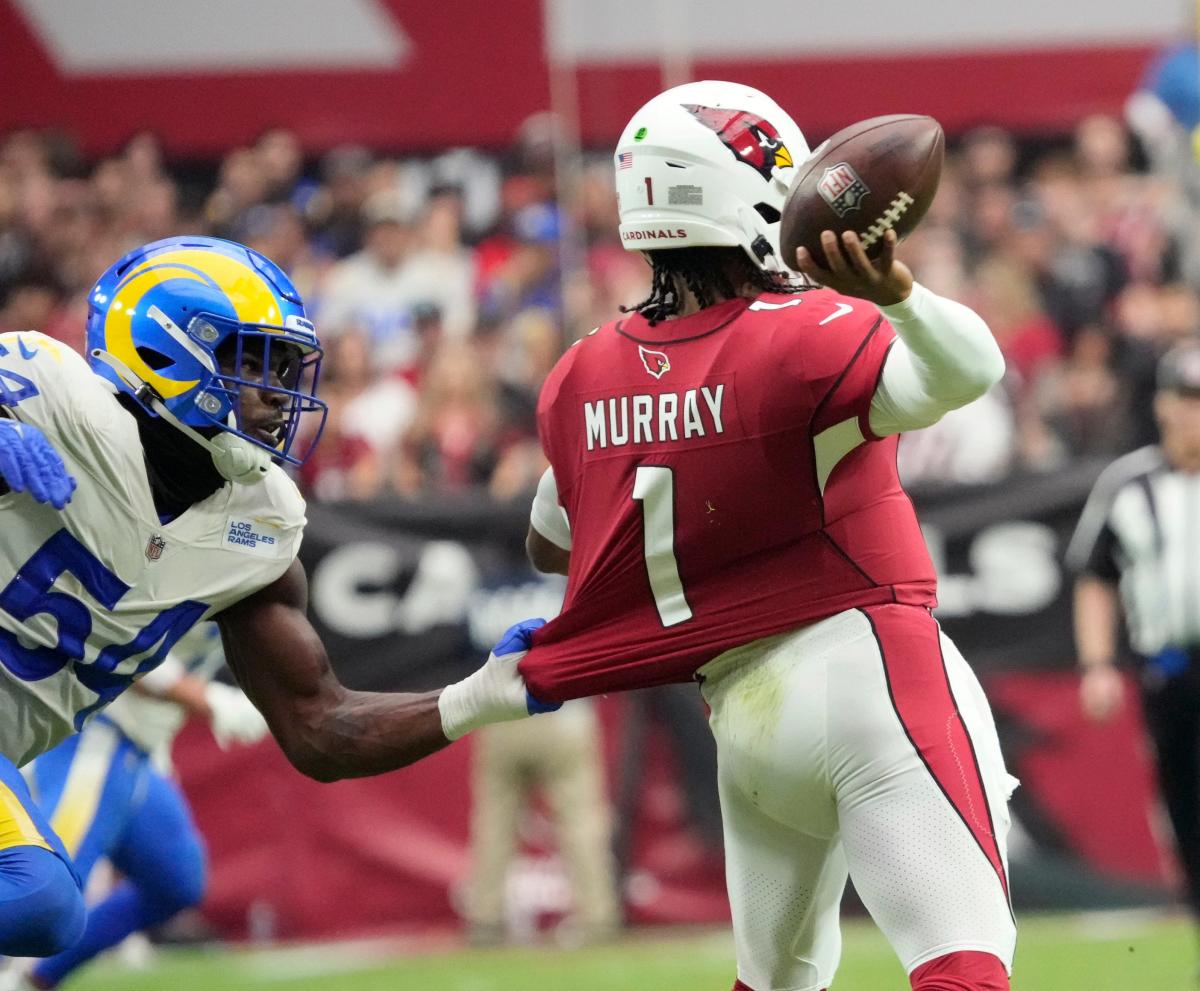 Kyler Murray threw a career high 58 passes on Sunday against the Los Angeles Rams, and it seemed like far too many for the offense to have the success it needed to win.

The Cardinals (1-2) lost 20-12, dominating in time of possession but unable to score a touchdown for their 11th loss in the past 12 meetings against the Rams. It was also their eighth straight home loss to Los Angeles.

A win seemed within reach, but the Cardinals simply weren’t good enough on offense to stage another comeback, as they did last week at Las Vegas.

A 13-6 halftime deficit must have felt comforting, however. After all, being down 20-0 against the Raiders last week and 23-7 to Kansas City in Week 1 looked much worse.

And just as they did in what turned out to be a thrilling overtime win over the Raiders, the Cardinals turned things around on offense and defense after a slow start.

But the Rams, who went three-and-out on three consecutive drives between the second and third quarters, found a rhythm on offense with the ground game, and a 14-yard Cam Akers touchdown run gave them enough of a cushion for the win.

The Cardinals dragged out drives that didn’t lead to touchdowns, they lost veteran wide receiver A.J. Green to a knee injury that further depleted that group, and Pro Bowl running back James Conner had his third straight game in which he was not a factor.

Cardinals quarterback Kyler Murray was effective with his legs against the Raiders, extending plays and putting points on the scoreboard with a touchdown run and two-point conversion run.

But on Sunday, Murray didn’t run the ball until late in the fourth quarter, a two-yard carry and a six-yard run after looking downfield for a receiver.

At times Murray seemed to lock in on good friend and top receiving threat Marquise “Hollywood” Brown, and while Brown had a big game statistically, some throws his way didn’t work out.

A defense that surrendered touchdowns on their opponents’ opening drives in Week 1 and Week 2 improved on Sunday, forced into a tough spot after a blocked punt. The Cardinals held the Rams to a field goal after Los Angeles had the ball at the Arizona 4-yard line.

The Rams made plays in crucial moments, but the Cardinals defense gave the team a chance with Budda Baker‘s forced fumble recovered by Jalen Thompson in the fourth quarter.

The Cardinals started the game on offense much the same way as they did in Weeks 1 and 2. They couldn’t put together a good drive in the first quarter while the Rams, as well the Kansas City Chiefs and Las Vegas Raiders previously, put together early scoring drives.

And yet the Cardinals trailed by four in the third quarter. But they never got closer.

Get in touch with Jose Romero at Jose.Romero@gannett.com. Find him on Twitter at @RomeroJoseM.

This article originally appeared on Arizona Republic: Analysis: No touchdowns, no comeback for Arizona Cardinals in Week 3 loss to Rams