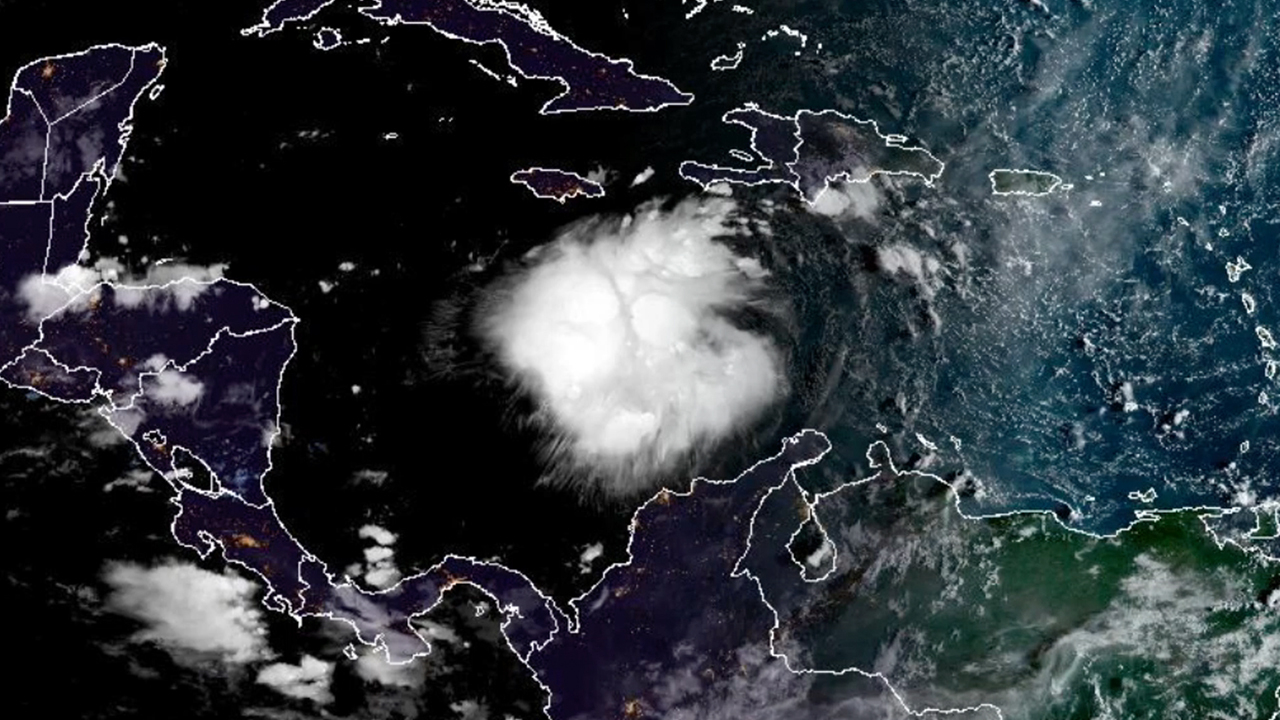 NASA won’t try to thread the weather needle with its Artemis 1 moon mission after all.

The space agency had been targeting Tuesday (Sept. 27) for the launch of Artemis 1 from Kennedy Space Center (KSC), on Florida’s Atlantic coast. That remained the plan as recently as Friday (Sept. 23), though NASA officials stressed that they were keeping a close eye on a brewing storm in the Caribbean called Tropical Depression 9.

Tropical Depression 9 intensified into Tropical Storm Ian late Friday and is expected to grow in strength further. It’s moving northward, and most models predict that it will hit Florida by the middle of next week as a bona fide hurricane, according to the National Hurricane Center.

NASA certainly doesn’t want the multibillion-dollar Artemis 1 stack — a Space Launch System (SLS) megarocket topped with an Orion space capsule — out on the pad in hurricane-force winds, so it’s getting the wheels turning on a possible rollback to the protection of KSC’s Vehicle Assembly Building (VAB). And that prep work takes a Sept. 27 launch off the table.

“During a meeting Saturday morning, teams decided to stand down on preparing for the Tuesday launch date to allow them to configure systems for rolling back the Space Launch System rocket and Orion spacecraft to the Vehicle Assembly Building,” NASA officials wrote in an update this morning (opens in new tab) (Sept. 24). “Engineers deferred a final decision about the roll to Sunday, Sept. 25, to allow for additional data gathering and analysis.”

If the team does decide to keep Artemis 1 on the pad, the mission could still conceivably hit the backup launch date of Oct. 2. A rollback to the cavernous VAB, however, would almost certainly take that day out of play as well.

Artemis 1 is the first mission in NASA’s Artemis program, which aims to establish a permanent human presence on and around the moon by the end of the 2020s. Artemis 1 will send Orion on an uncrewed trip to lunar orbit and back. If all goes well with the flight, Artemis 2 will launch astronauts around the moon in 2024 and Artemis 3 will put boots down near the lunar south pole in 2025 or 2026.

The Artemis 1 stack has been at KSC’s Launch Pad 39B since mid-August. NASA originally tried to launch the mission on Aug. 29 and Sept. 3 but was foiled by technical glitches both times.

The Sept. 3 issue was a leak of liquid hydrogen propellant at an interface between the SLS core stage and the rocket’s mobile launch tower. The mission team fixed that problem by replacing two seals in the affected area. The effectiveness of that repair was demonstrated during a lengthy fueling test on the pad on Wednesday (Sept. 21).