JEREMY Corbyn blasted the Labour party for opening their conference today with a rendition of “God Save the King” last night.

The leftie ex-leader said it was “very, very odd” that Sir Keir Starmer chose to open today’s event with the national anthem as part of a tribute to the late Queen.

Speaking on the BBC said it was “excessively nationalist” a week after delegates were warned not to boo the patriotic tune.

Mr Corbyn – who has been booted out of the parliamentary party – said he will attend a conference in Liverpool that takes place over the next few days, but won’t be speaking at official events.

He said yesterday: “They’ve never done it before, there’s never been any demand to do it,” he said.

“We don’t as a country routinely go around singing the national anthem at every single event we go to. 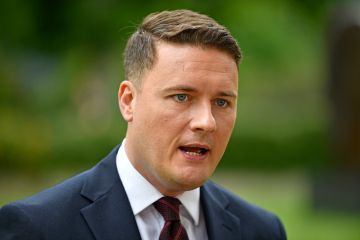 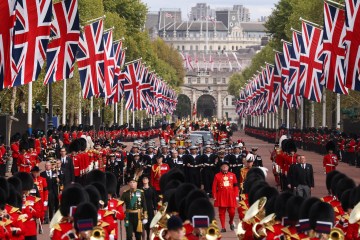 “We don’t sing in schools, we don’t have the raising of the flag as they do in the USA and other places. We are not that sort of, what I would call, excessively nationalist.”

The conference will kick off today with a tribute to Her late Majesty led by Sir Keir Starmer.

But the star of the event will be ex-Man U legend Gary Neville, who recently joined the party and will appear at an event alongside Labour front benchers.

His appearance has sparked rumours in Labour circles that he may throw his hat into the ring for the West Lancashire safe seat.

The vacancy comes as the current MP Rosie Cooper quit after being targeted by the far-right fanatics who plotted her murder.

But Labour sources said there was a long list of staffers, councillors and members who were more likely to get the nomination.