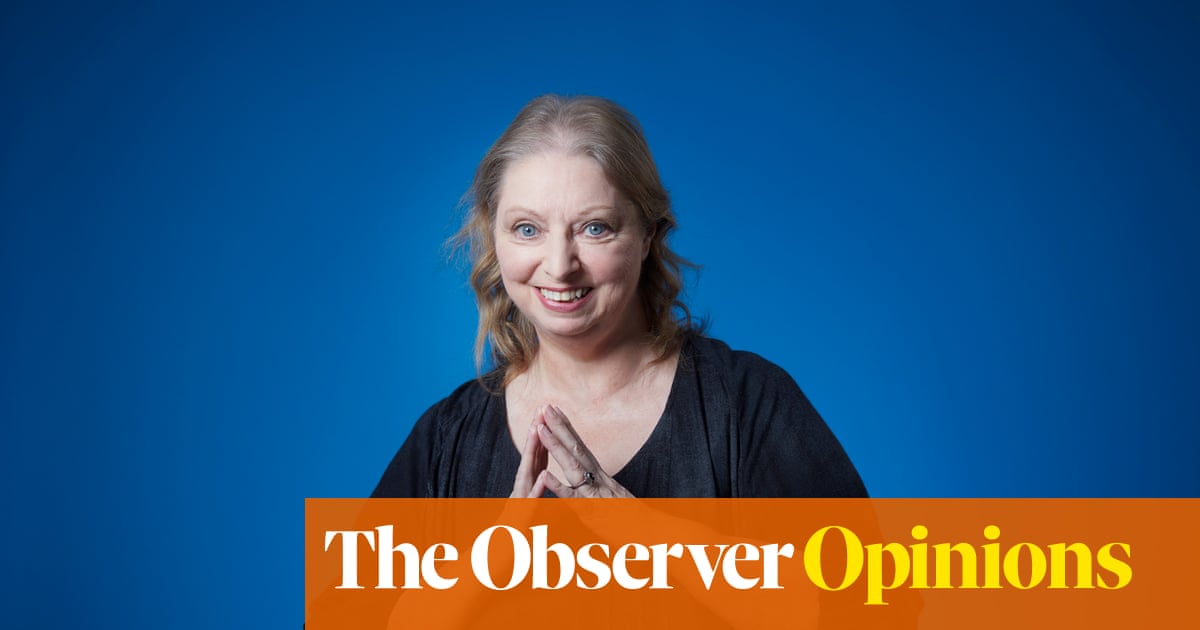 It was not even three weeks ago that I spent time with Hilary and she seemed absolutely well: lively, full of enthusiasm, fun. But the main thing on her mind was that she and her husband, Gerald McEwen, were due to move to Ireland, where I live, and she was so looking forward to it.

She wrote me a lovely note after the interview, imagining with pleasure her future in Ireland. She’d been thinking of moving for a few years – partly because she has Irish heritage and partly as a result of Brexit and the general political situation in the UK.

I think it would be wrong to suggest it was just about getting away from Britain – it was also very much a desire to be in Ireland. In a characteristically offbeat aside, she had talked very amusingly of the ubiquity in modern life of moulded plastic chairs, and I assured her there would be no shortage on the other side of the Irish Sea (we love a community hall meeting).

In our conversation, as ever, she was sprightly, funny and mischievous. When you asked her a question, she would ponder it carefully, almost always saying something unexpected. She was such a vivid presence, with not a hint of pomposity. She took what she was doing really seriously, but I don’t know if she took herself seriously. She gave herself over wholly to her projects; there was no personal grandeur or ego, just the work.

We met for the first time about 17 years ago – on a “fostering links” cultural trip to Perm in Russia. Sadly, our luggage got lost on the way out. So in Perm we just had the clothes we stood up in, and we were ushered by our kind hosts to a mildly chaotic indoor market to buy replacement underwear.

We frequently laughed about it afterwards, and when I said: “I just keep telling that story,” she replied: “Well, I’ve been dining out on it for years …” We got our suitcases back on the last night and – I’m sure this was Hilary’s doing – put on our finery and drank some Russian champagne in what felt like the swankiest Soviet-era hotel foyer ever.

On the way out to Perm, at the airport, she described how she’d just started work on a new novel about Henry VIII and would be beavering away during the flight. And that’s what she did – always on it, committed, often isolating herself to work. And yet she was the opposite of insular and talked often in the past few years of how the transition to stage of the trilogy had reinvigorated her writing approach.

She couldn’t have a loose end: if you fired an arrow at the beginning of the series, it had to land somewhere by the end

She sought renewal by looking at other artforms or other ways of writing; simply understanding the language of stage directions made her think of how one might approach describing people’s bodies as they moved through streets and rooms and palaces.

As we know, she was very interested in bodies. Although we think of her as a novelist of ideas and imagination and inner lives, she was also terribly attuned to bricks and mortar, the physical world her characters inhabited and how it might best be conveyed. So working out how to bring the world to life in a three-dimensional stage play was so rewarding to her as a writer trying to find new ways of seeing.

Similarly, bringing the Wolf Hall trilogy to an end with The Mirror and the Light was much more than the delivery of a final instalment. She concentrated on the patterns and motifs she’d seeded in the first book and how to bring them all to fruition. She couldn’t have a loose end: if you fired an arrow at the beginning of the series, it had to land somewhere by the end.

Her immense gift to the genre of historical fiction included an awareness that getting every detail correct was nothing if the work didn’t sing from the page and insert itself into the present moment. She knew that the past, including our personal histories, is not inert: it’s a haunting that lies just beneath the surface of the contemporary, butting up to us to unsettle and inform. You pick up the books and it’s there, this living past, rendered with exuberance, fidelity, truthfulness and compassion.

The sadness and the shock her admirers feel at her death is accompanied by an immense gratitude for her amazing body of work. And at the moment, I just feel grateful I got to spend an hour or two in her company so recently. I will treasure it.