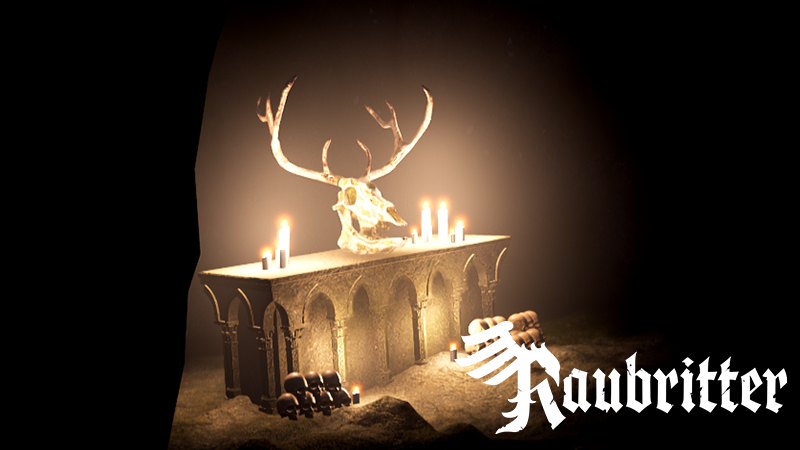 We made this map working with our community. In fact, 80% of points on it are community ideas or requests, and we are very proud of it. A perfect survival game should emerge from a proper brainstorming.

If you are an Indie developer feel free to use it, to make your own game, we also believe this is a blueprint for a perfect survival game, and we would love to play more of this ourselves. Keep in mind this is for a medieval set-up, so it would probably need some workarounds for fantasy, zombie etc. survivals.

Road map – we hope for end of Early access July 2025
0.31 – New map, new textures, better performance more tiers of items, new items, more caravans, new building system.
0.32 – Co-op up to 4 people
0.33 – Castle update – You will be able to build your own stronghold with towers and drawbridges.
0.34 – All found bugs fixed, Fast travel from certain places with carts, water buckets and wine skin to fill in the river, return of the bigger premade buildings.
0.35 – Added community suggestions like 3rd person, controller support, numbers on hot bars, turning off head bob etc.
0.36 – Character and crest creator + Women in game
0.37 – Adding AI life routines, Reputation system, faction relations, and social rank added
0.38 – Thief Update – Pickpocketing, Lock picking, AI reactions to stealing, Prison, Legal system. Stealth (Hiding in barrels). Many of the items that are only as details will be take able. (Like hamishes sword, bolkos iron ingots etc.)
0.39 – AI companions – slaves or workers, knights and mentors to join your band
0.40 – Animal husbandry, Seasons/Crops/Herb Gardens update
0.41 – Horses/Carts/ update. Caravans with carts and carts for you to transport your resources.
0.42 – Items placeable on shelves, tables etc. + decorating premade buildings.
0.43 – player “built” roads, fences, and tags for chests
0.44 – Animal traps for rabbits, fishes, birds etc. + bird nests as feather source
0.45 – Alchemy update – sand, glass, making bottles, different levels of potion strengths, special ingredients for special potions,
0.46 – Weapon type update – Different type of arrows, bolts and special features for swords, blunt, axes or spears.
0.47 – Catching NPCs for ransom
0.48 – Raubritter or guards raids, depending on your reputation level/ wanted meter.
0.49 – Dungeon update – Build your own dungeon, it will not be based on real-time terraforming.
0.50 – Tavern where you can get special mercenary quests, robberies or move out on an expedition to a dungeon for special items
0.51 – Various traps to attack caravans
0.52 – Cathedral update (Construct a cathedral by your design)
0.53 – Upgrade weapons – add poison, sharpen the blade on a grindstone.
0.54 – Slave market
0.55 – Holidays update – various Holidays with special events in game. Like trade day, Sunday mass etc.,
0.56 – Mini-games in crafting (for master levels)
0.57 – Tree planting, Map-update based on feedback and performance measures.
0.58 – Craft guild update – (farmhand-> apprentice-> foreman-> master)
0.59 – Beginning of the business update series all business come with a series of small partially repetitive quests – Own stall
0.60 – become an innkeeper (tavern owner)
0.61 – Establish a mill and bakery
0.62 – Become a master blacksmith (Own a smithy)
0.63 – Tailor – maybe one day you will even dress the queen.
0.64 – Alchemist – look for the way to make artificial gold or the potion of immortality
0.65 – Mine owner – be carefull, that will make some people jealous.
0.66 – Bank owner – do not lend to the king, it might get you exiled.
0.67 – Establish your thief’s guild.
0.68 – Brewerer – own your vineyard, honey-making hall or brewery
0.69 – Master Carpenter – sell your furnitures and bows to the whole kingdom
0.70 – Random events(kings visit, Foreign raid etc.) and diseases outbreaks updates (Black Death, rabies, madness, flu etc.)
0.71 – Gambling update, various fun games cards, dice etc.+ a little joke a Merchant called Frank that talks crap to you when you buy from him
0.72 – Levels of quality for items.
0.73 – Gems, Gold, Silver and a new map part
0.74 – Jewelry update
0.75 – Heir update – marry, have children, build up your dynasty. (Political marriages, education paths included)
0.76 – New part of the map
0.77 – Carrier paths not related to building – 1. Guard
0.78 – Executioner
0.79 – Lord of a city
0.80 – Economy system update (different prices, in different regions chancing over time and seasons) also your social status, trade skills and the amount you are buying will make a difference. + Negotiations.
0.81 – Improved combat with direction of blow related to mouse movement
0.82 – Limbs severing + Torture chamber
0.83 – Bows update with better physics
0.84 – Throwing weapons knives, spears or your sword if you choose so.
0.85 – AI effects – Burn them with fire arrows, blind them with sand etc.
0.86 – Spy update – you can send out spies to get information about special targets or how to proceed with a hostile family.
0.87 – Fishing update – You will be able to fish yourself.
0.88 – Animal companion Update – dog, cat, eagle or owl as your house pet.
0.89 – Tournaments
0.90 – Another part of the map unlocked
0.91 – University update – Develop new technologies to upgrade your productions possibilities, fighting skills of your NPCs or item statistics.
0.92 – Difficulty modes + Building mode with a special empty map where you will be able to build a lot bigger structures.
0.93 – Guest’s update – NPCs will visit your castle with various quests
0.94 – Formation update – you can lead your band as a medieval leader would.
0.95 – The rest of the map + Fixing all the bugs found to this point and not fixed on the way
0.96 – The full story update + Steam achievements (language fixes for the previous texts) + map updates based on your feedback
0.97 – End game scenarios
0.98 – Translation into other languages
0.99 – Surprise new items and Animals
1 – Fixing the found bugs, Photo mode = Game premiere