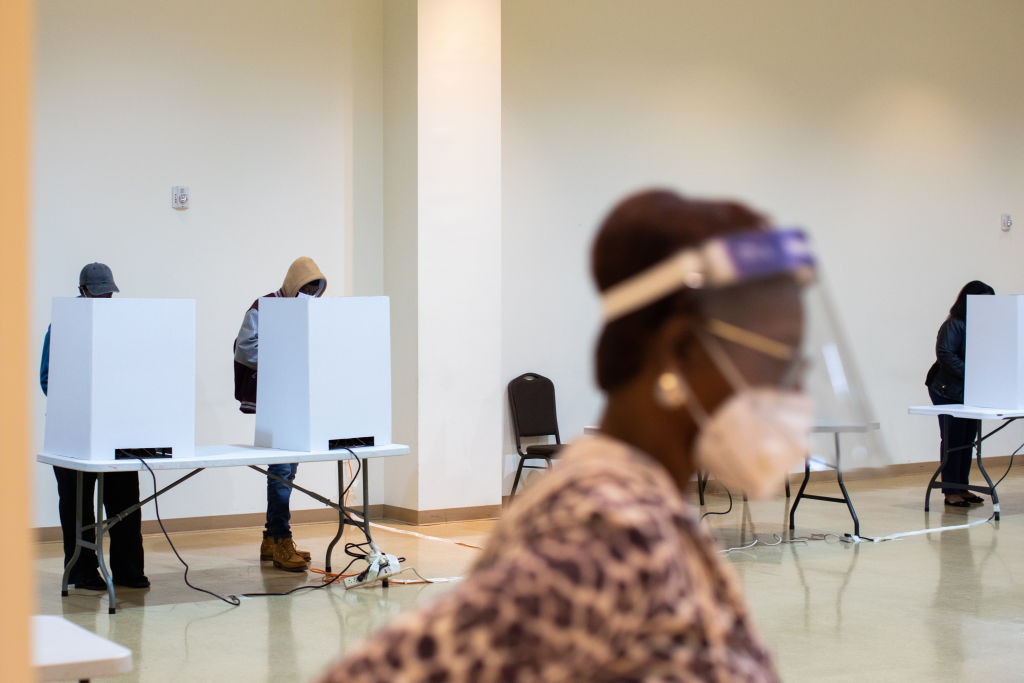 The countdown to the 2022 midterm election is moving fast. Nov. 8 is not far away, and the deadline for registering to vote is quickly approaching.

Adrianne Shropshire, founder and executive director of BlackPAC and the affiliated Black Progressive Action Coalition, recently spoke with Charlotte’s own “The Olympia D Show” about the upcoming election and why it’s important to be engaged in this cycle.

“We tend to focus on the big national elections, the presidential election, and we turn out in record numbers,” Shropshire said. “Either because we don’t understand what’s at stake or what offices are being voted for, we tend to sit out of the midterms.”

Check out our Election Resource Center for more info!

Giving the example of the drop-off in voter turnout in former President Obama’s first term, Shropshire said the lower turnout made it more difficult for Obama to execute his legislative agenda. She also grounded the importance of the upcoming election in terms of the issues at stake.

“They’re going to determine a whole bunch of issues that we care about whether it’s the rising costs, or we’re all struggling with, whether it is looking again at voting rights and trying to make sure that we have national voting rights legislation,” Shropshire said. “We know we’ve seen sort of erosion or rollback and attack on rights over the last few months up certainly voting rights.”

If you’re not in North Carolina, you can check your voter registration status and find out about voting by mail online at BlackPacVote.com.

PAID FOR BY BLACKPAC, BLACKPAC.COM, AND BLACK PROGRESSIVE ACTION COALITION, BLACKPROGRESSIVEACTION.ORG. NOT AUTHORIZED BY ANY CANDIDATE OR CANDIDATE’S COMMITTEE.

Know Before You Vote: Election Law Changes Ahead Of The 2022 Midterms

Democracy Is Always On The Ballot For Black People