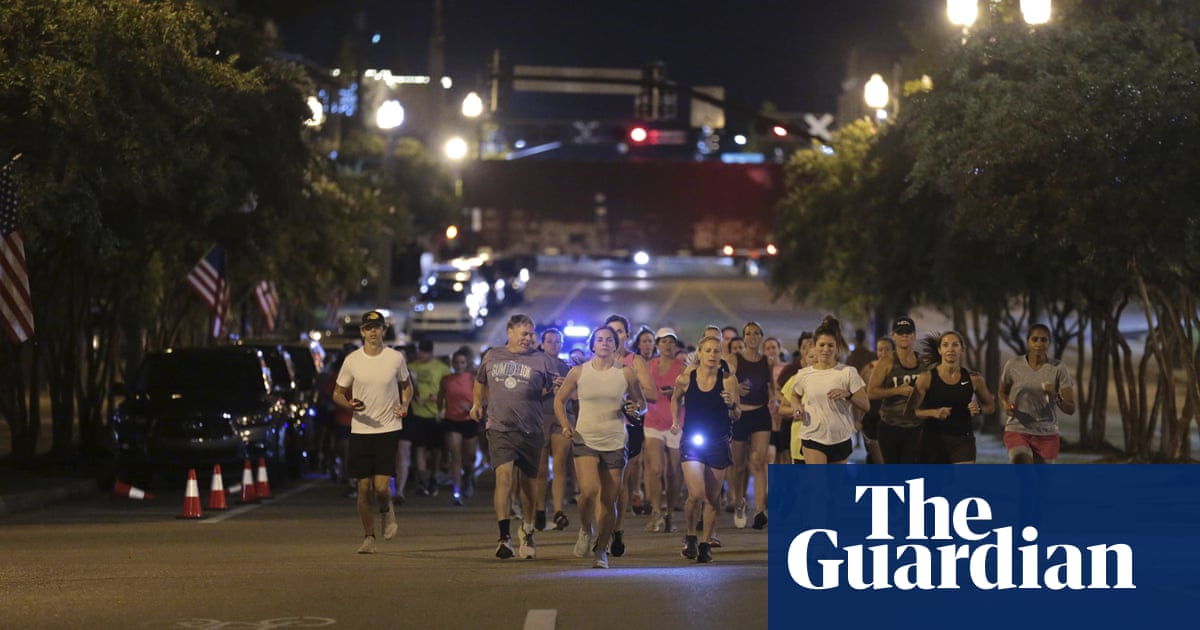 On 3 September 2022, a 34-year-old mother of two named Eliza Fletcher was brutally kidnapped and murdered while running near her home in Tennessee. For women, the story, although tragic, is one they’ve heard too many times. And it is forcing some of them to take extreme measures.

The majority of US women have worried about harassment while in public spaces during their lifetime. According to a 2019 national study on sexual assault by Stop Street Harassment and the University of California San Diego Center on Gender Equity and Health (GEH), 81% of US women have experienced some form of sexual harassment or assault.

For some women, threats while running are so significant that they’ve turned to carrying a concealed firearm.

Although women’s vulnerability while running or walking is clear, no one can seem to agree on the solution. Some argue the danger is low – murders of women out running are rare, although they often attract plenty of media attention. According to a 2017 Runner’s World study, for women between the ages of 16 and 44, there is only a one in 35,336 chance of being a victim of homicide at any time – and most women are killed by someone they know, rather than a random stranger. However, incidents of sexual harassment not ending in abduction, serious injury or death are common and can have serious negative affects for women. According to the GEH, sexual harassment while running or walking causes women, “to feel anxiety or depression and prompt(s) them to change their route or regular routine.” Holly Kearl, Founder of Stop Street Harassment and author of the book 50 Stories About Stopping Street Harassers, says, “Street harassment is not a joke or a compliment. [It] is a human rights violation because it prevents women from having equal access to public spaces.”

Women who experience sexual harassment and assault while running agree that the effects are long-lasting and significant. But each woman who has been threatened while running is not identical, and neither are the stories of those who run with a gun.

Jamie, a 40-year-old runner who prefers to withhold her last name for privacy, says, “Women who carry while running are not monolithic, but we are often characterized as such in the media. We are characterized as right-wing, aggressive, backwards-thinking, and ignorant of the risks of gun ownership. I am none of these. I am educated, politically moderate, and sane.”

Jamie goes on to describe her own experiences. “I was followed around a popular lake trail by a man who exposed himself to me … about a half mile later, I heard steps behind me and it was him.” It was getting dark, and Jamie realized she was alone with the man, who she assumed was strong enough to overpower her. He came closer and closer, ignoring her entreaties to leave her alone, and backed her into some trees. Finally, “I put my hand on my [up until then concealed] pistol like I was about to draw and I told him to get away from me.” Suddenly, Jamie’s aggressor completely changed his demeanor, telling her to, “stay safe”, and running away.

Amy Robbins, a runner from Dallas, Texas, began carrying weapons on runs after she was followed and verbally harassed by a van full of men in 2015. “I got home and told myself I’d never be in this situation again,” says Robbins. She also understands the difficulty in carrying weapons with sportswear and founded Alexo Athletica, a company designing shorts and tights for concealed carry.

Not everyone is an advocate for carrying guns. David Hemenway, PhD, a professor of Health Policy at the Harvard TH Chan School of Public Health, does not recommend guns as a self-defense tool for runners. Hemenway says “when looking at data regarding defensive gun use in the National Crime Victimization Survey (NCVS), there was no evidence that gun use reduced the likelihood of injury during attacks on women.” Hemenway adds that the percentage of American women who carry a gun is small: in a 2016 Runner’s World survey of 4,670 runners, only 1% of women said they run with a gun.

Hemenway also says that in his opinion, some Carrying a Concealed Weapon (CCW) courses are faulty. “Being able to stand still, carefully aim, and shoot a target is not going to help you if you’re attacked. Your heart is pounding, your fight or flight kicks in, adrenaline is flowing, it’s a very different situation than when you’re standing in a gun range,” he says.

As an alternative to carrying a gun, Hemenway suggests women who feel threatened choose a different route or run during the day, in groups. If a woman feels she needs protection, “bear spray (also known as mace or pepper spray) is much safer to use and just as effective as a gun would be,” he says.

However, advice like Hemenway’s – running in daylight, or in a group, is not realistic for all women. Work, personal and family schedules mean that women need to fit in their runs when they can, just like their male counterparts. Some experts advocate for shifting the responsibility of ensuring women’s safety to men. Eliza Fletcher was attacked while on her pre-dawn run, wearing running shorts and a sports bra, and some online commenters have suggested she is partly to blame for her attack. But Kearl says that “if [women] don’t follow every guideline, they may face blame and that’s not OK … the blame for men attacking women should only lie with those men.”

Like Hemenway, Kearl agrees that guns are not a safe option for self-defense. But she adds, “our society must do more to stop men from committing violence against us. Women and girls should not have to feel like prey and men and boys should not be socialized to be predators.”

Some runners agree that carrying a gun is not the best way to stay safe on a run. Kayla Kowalsko, a 30-year-old runner, took multiple CCW courses and ran with a firearm until she, “attended a self-defense class that provided a ton of information I didn’t receive when I took my CCW course … if another person is within 20 feet of you, your reaction time is too slow to pull a weapon and fire it.” Kowalsko adds: “That person could take your weapon and use it against you or others. I’d rather take my safety into literally my own hands than give someone a huge upper hand.”

Gender-based violence self-defense experts like Lauren R Taylor also advocate for women using their own bodies over a weapon. Taylor is the founder of Defend Yourself, an organization that describes its mission as “helping people claim their power, assert their boundaries, and protect themselves,” and the author of the book Get Empowered: A Practical Guide to Thrive, Heal, and Embrace Your Confidence in a Sexist World, which will be released next year.

Taylor advocates for people doing whatever works for them, but, “in general I’m in favor of using things you have on you all the time, such as your voice, brain, elbows, feet and hands. Weapons as weapons can be picked up and used against us, whereas your hands, feet and voice can’t … I also know people who were relying on a weapon and in the moment, couldn’t get to that weapon.”

Referring to NCVS data evidence that guns used in self-defense don’t reduce a victim’s likelihood of injury, Taylor says, “Data, such as it is, on using guns successfully in self-defense as opposed to accidental injuries or death, would lead a person to an anti-gun status. You’re much more likely to hurt yourself or someone you care about than you are to hurt someone trying to harm you.”

Some women choose to carry a gun because of the particular environment in which they run. Julie, a 40-year-old from Tacoma, Washington, who also prefers to withold her surname, took seven CCW classes, in addition to serving in the US Army. For her, living in a particularly dangerous area contributed to her decision to run with a weapon: “I run in Point Defiance Park, which is large and wooded. Even if I yelled and screamed I might not be heard … [and] Tacoma is on track to have the highest murder rate ever this year. It just keeps getting worse.”

Opinions may vary about carrying guns, but runners and experts can agree on one thing: more needs to be done to protect women. Women receive all sorts of advice: change your route and don’t run at night; or run with a weapon; or demand more change from men and society to stop normalizing street harassment. But after hearing the harrowing stories from female runners about the assault and harassment they routinely endure, it is difficult to judge anyone for the choice they make. Taylor explains, “This is about options. Nobody can tell you what to do, our job is to add tools to your toolbox. When you’re in a situation that feels threatening, only you can decide what is best.”

At the end of the day, women want to head out for a run worrying whether they’ve double tied their shoelaces, or if they ate the right pre-run meal, not whether they’re going to be attacked or harassed. Jamie says that when she heads out with her concealed firearm, “I feel like I can move in the world and do normal things without fear. I wonder if that’s what a man feels, as he’s lacing up for a run?”