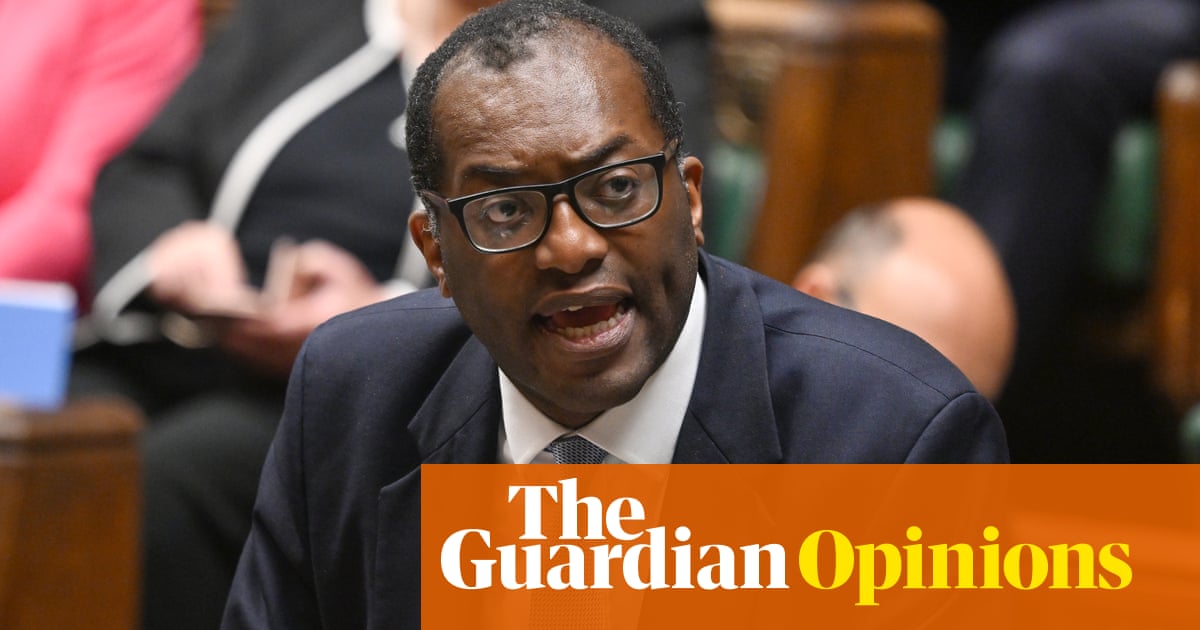 Kwasi Kwarteng came to the Commons determined to bury the politics of redistribution. But the Conservative chancellor revived it with a “mini-budget” that attached rocket boosters on to bankers’ pay, gave millionaires a £40,000 handout by abolishing the top rate of tax and cut levies for businesses and buy-to-let landlords. It is in a cost of living crisis that Mr Kwarteng has chosen to show his true colours. Ordinary families are choosing between heating and eating. The nation’s public services are falling apart. The chancellor’s medicine for such ailments is to shower money – and to loosen regulatory safeguards – on the City, energy companies and housebuilders.

These were not policies characterised by a withering away of the state but those conducted by an interventionist administration. The government is borrowing around £200bn this year to place the commanding heights of economic policy in the hands of an asset-owning class. Some of this money will be used to keep energy bills low for households and companies facing an inflationary shock. But a large chunk will be handed to the wealthiest in society. The New Economics Foundation calculates that the chancellor’s plan will see incomes for the poorest 10% of families on average this year fall behind rising costs by £900, while incomes for the richest 5% will exceed them by £8,500.

The wealthy win big in this form of class warfare. Why is it inflationary, as ministers claim, to allow pay rises for ordinary workers but not to boost the incomes of the top 1% of society? Conservative philosophy amounts to saying Britain would only be able to grow if the government had assured high enough salaries at the top and low taxes. Mr Kwarteng appears to hanker for a return to a capitalism “red in tooth and claw”. Yet GDP per head during the Thatcherite 1980s only doubled. The decade before – supposedly when Britain was the sick man of Europe – national income per capita quadrupled.

Facts won’t deter Mr Kwarteng. He thinks there has been no growth for a decade because Britain is a “high-tax” regime that induces a laziness in workers. The reality is that the UK is lightly taxed compared with most other western countries. After 12 years of Tory misrule, Mr Kwarteng has unsurprisingly concluded that economic troubles are someone else’s fault. But Britain’s spluttering performance is not, as this government avers, down to workshy benefit claimants or because trade unions are striking for better pay. That is like, in a war, blaming soldiers for allowing themselves to be killed on the battlefield rather than the generals for heavy losses.

National income is the wrong measure to judge Britain’s progress. It would be better if real wages rose, that families were healthier and that more people could afford the roof over their heads. Friday’s statement is a gamble by Mr Kwarteng. Fiscal conservatives in his party may rebel over what they regard as extravagant spending. Without accelerating plans for the transition to net zero and improving energy efficiency, markets may look askance at the UK government’s open-ended commitment to paying the nation’s bills. Mr Kwarteng’s statement hints that he would take the climate emergency seriously. The alternative to a currency crisis is for the Bank of England to fund government spending by buying up its debt. But that would put downward pressure on rates when the central bank may want to raise them.

It is the electorate’s verdict that counts in the end. Funding public services properly would be a better idea than a reckless dash for growth. The chancellor’s erroneous idea is that tax cuts pay for themselves by ensuring real GDP rises. This theory is a smokescreen for benefiting the wealthy. Conservatives have won elections since 2010 with strategies for attracting voters who didn’t previously like Tory governments. Mr Kwarteng, however, is not overturning an old order. Unfortunately for the country, he is just another Tory militant determined to repurpose the state by giving its authority to the very rich.