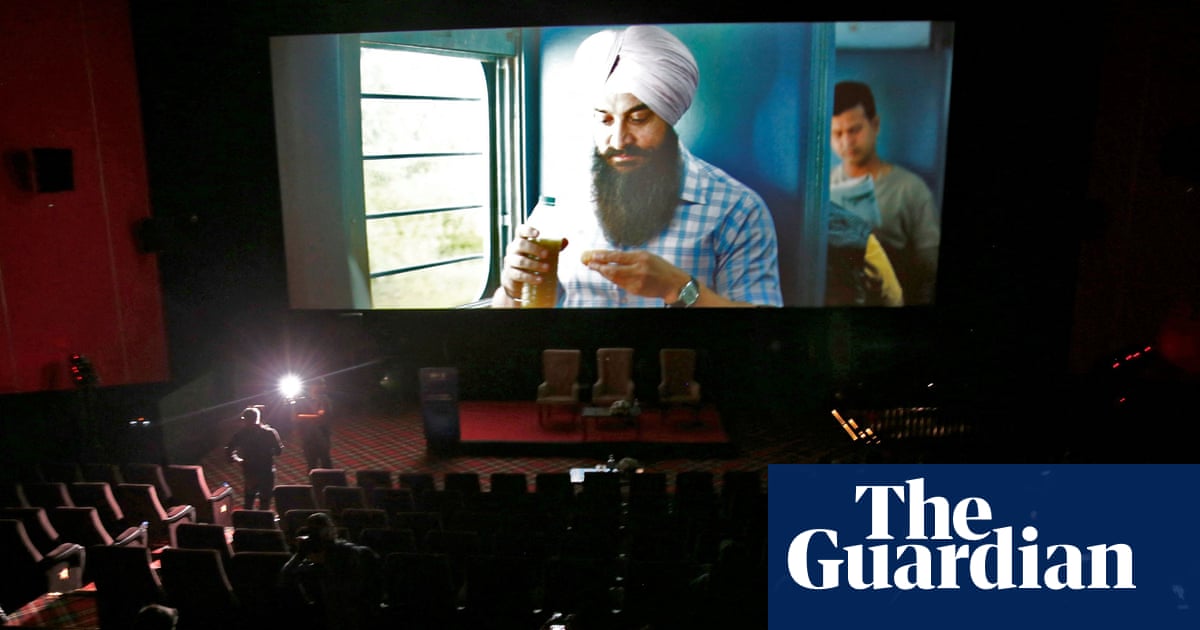 The opening of a new big-name Bollywood film was once a national event across India, greeted by weeks of fanfare, long queues outside cinemas and halls packed to the rafters with audiences cheering and singing along.

But this year, with 77% of releases flopping at the box office, cinema halls have been left eerily quiet and Bollywood’s once unshakeable domination of the Indian film industry has begun to look uncertain.

“This year has been extremely poor for the Hindi film industry as far as the box office is concerned,” said Sumit Kadel, a film trade analyst in India. He said there had been only three or four hit films, while everything else had bombed – a disaster for an industry that relies on at least 10 big box office smashes a year for survival. “Bollywood is definitely witnessing its worst phase in the last two to three decades,” Kadel said.

The blame for Bollywood’s recent failures has been attributed partly to Covid, which prompted a crisis for cinemas globally. As India’s usually committed cinema-going crowds were confined to their homes, there was a rise in the popularity of platforms such as Netflix, Amazon Prime and Hotstar, which are used by a quarter of India’s 1.4 billion people. Films that were previously only accessible in cinemas could now be watched on these platforms for a fraction of the price of a multiplex ticket.

“Post-pandemic, people are only willing to pay a bomb for the cinema if the film scale and content excites them,” Kadel said.

It has also resulted in a diversification of tastes. Bollywood has long enjoyed the privilege of being India’s “national cinema”, due in part of the prevalence of the Hindi speakers across the country but also the political weight commanded by Hindi-speaking states. Meanwhile, India’s other film industries were relegated to being “regional”, with a reputation for being boring, or lacking the spectacle and star presence of Bollywood’s god-like male leads.

But as growing audiences began to avidly consume Tamil, Telugu, Malayalam, Kannad and Marathi-language cinema in their homes and post widely about it on social media, “this made them aware of the staleness pervading Hindi films,” said Anna MM Vetticad, a film journalist and author. Meanwhile, she added, “blinkered by their privilege, Hindi film-makers failed to notice that their traditional audience had gradually begun evolving”.

As a result, this year dozens of multimillion-dollar Bollywood films starring the most bankable male stars, usually known to turn every film they touch into box office gold, found themselves facing criticism for formulaic storylines and were shunned by audiences.

From Jayeshbhai Jordaar, starring Ranveer Singh, and Laal Singh Chaddha, with Aamir Khan, to Akshay Kumar in Bachchhan Paandey, all were successive failures, throwing the big Bollywood studios into a state of disarray. While the once untouchable male stars have appeared to lose their sheen, a new generation has not yet emerged to replace them. “Films are not working – it’s our fault, it’s my fault,” Kumar said last month after yet another of his films fell flat at the box office.

Vetticad said: “The Hindi industry is used to being pampered with systemic support for its dominance, and is now at a loss about how to cope with the alterations in the country’s entertainment landscape wrought by the pandemic.”

Instead, the biggest hits of the year have been films made by so-called regional cinema, mainly from south India. RRR, a Telegu epic film about two revolutionaries fighting the British Raj, broke the record for the highest opening-day earnings for any Indian film and is the third highest grossing Indian film of all time, taking about $160m worldwide.

KGF:2, a Kannada period action film, was also a roaring success, while Vikram, a Tamil thriller, performed better than almost all big Bollywood releases. Overall, for the first six months of the year, films from south India took in 50% of the share of box office profits, an unprecedented change from previous years.

There have been some exceptions, such as The Kashmir Files, a Hindi-language film that centres on a fictional retelling of the 1990 exodus of Hindus from India’s Muslim-majority region of Kashmir. The film was accused of politicised historical revision and Islamophobia and was endorsed by politicians from India’s ruling Hindu nationalist party, the Bharatiya Janata party (BJP) including the prime minister, Narendra Modi.

More recently, Brahmāstra, a Bollywood fantasy action film drawn from stories from Hindu mythology, released this month, has been a hit. Against the backdrop of India’s current political climate, with the rise of muscular Hindu nationalism and escalating oppression of minorities, in particular Muslims, many have raised concerns at what they see as the reflected “Hinduisation” of Bollywood.

Aakshi Magazine, a film critic and academic, said that given cinema’s influence over society, particularly in India, it was concerning that overtly Hindu iconography and imagery was now being utilised as a tool by Bollywood to draw in audiences.

“Considering the times we live in right now, where non-Hindu symbols have come under attack in India and there’s all this controversy over the hijab, the fact that Brahmastra seems to be naturalising and embedding characters in this very hyper Hindu religious universe is particularly troubling,” said Magazine.

Bollywood has long been viewed with suspicion by the Hindu rightwing, who have recently attacked some of its biggest Muslim stars, including leading a boycott on Aamir Khan’s recent film Laal Singh Chaddha, accusing him of being “anti-Hindu”, after which it tanked at the box office.

With Bollywood floundering and looking for ways to win back audiences, Magazine said there was the risk that a Hindu-ised Bollywood could become the norm, undermining its long history of being seen as largely secular and religiously inclusive. “If this film, with all its excessive religiosity, is a success, I’m sure many others will follow,” she said.