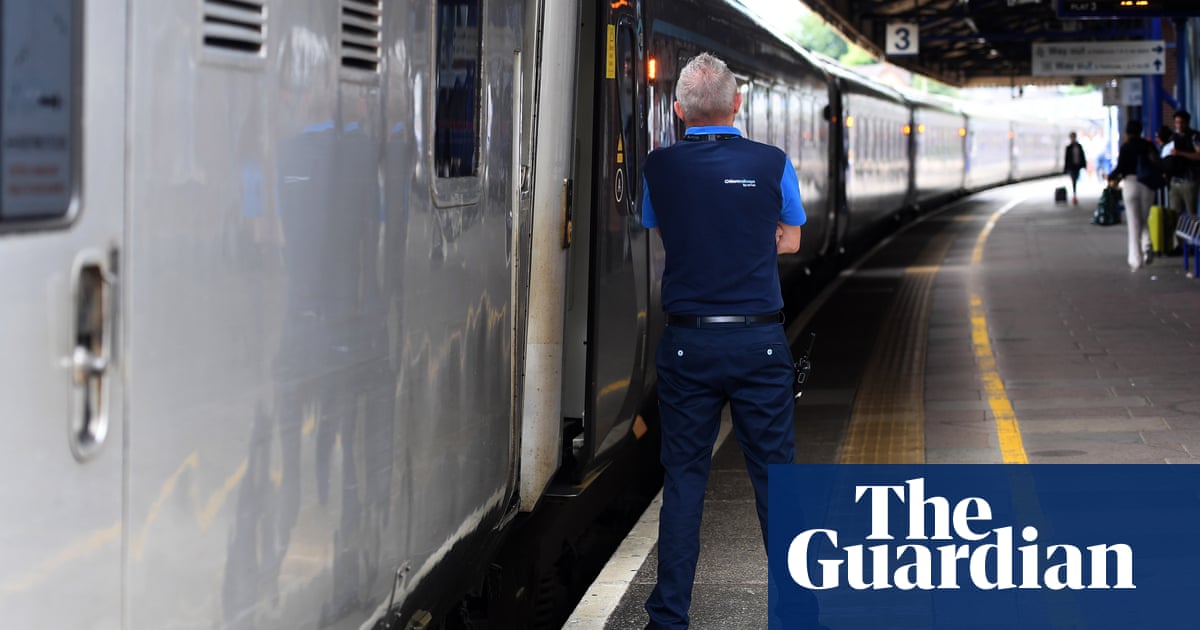 Network Rail has advised passengers not to attempt to travel next Saturday when coordinated industrial action will wipe out most train services across Great Britain, as a third rail union confirmed it would join the strike.

Train drivers in Aslef and signallers and crew in the RMT union will walk out for 24 hours on 1 October at the start of the Conservative conference. They will be joined by members of the TSSA at Network Rail and 11 train operating companies. Some Network Rail power-supply staff in Unite will also strike.

Only about 11% of services will run on 1 October, Network Rail said, with back-up staff running a skeleton service when the RMT and Aslef membership strike on the same day for the first time.

The rail industry said passengers should also only travel if absolutely necessary on 5 and 8 October, when first Aslef and then the RMT will stage further strikes in the bitter dispute over pay and changes to working.

Some early morning disruption is predicted on the days after each strike.

Network Rail’s chief executive, Andrew Haines, said: “Our efforts to avert this disruption have unfortunately been in vain, so we’re asking passengers to only travel if absolutely necessary on strike days. Those who must travel should expect disruption and make sure they check when their last train will depart.”

Any breakthrough in talks to head off the most intense disruption to date appears less likely after Kwasi Kwarteng’s mini-budget on Friday. The government pledged to introduce minimum service levels during transport strikes, binding rail unions to ensure trains continue to run and nullifying their effectiveness. The RMT said the moves would enrage members.

The Rail Delivery Group said the strikes were “unnecessary and damaging” and would hit significant events including the London Marathon.

Passengers affected can use any pre-booked tickets on alternative days, change their tickets or get a refund, the RDG said.