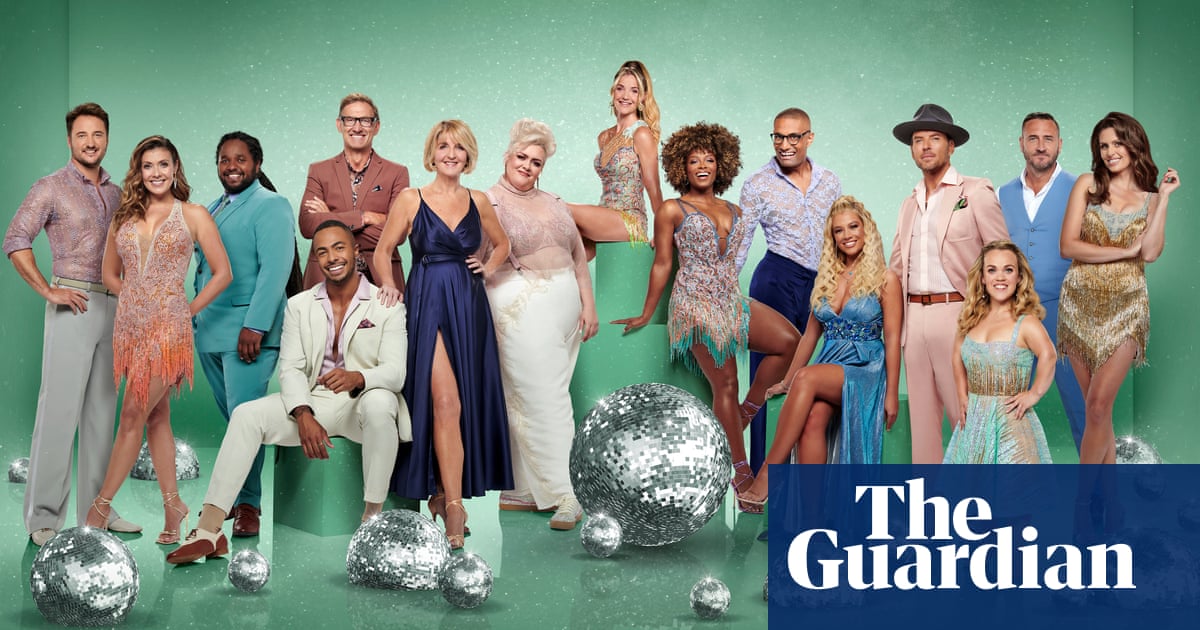 Somewhere in Strictly HQ – which I imagine to be a whole floor of the BBC, festooned in chiffon and feathers and heady with the whiff of fake tan – there is someone whose job it is to keep the cogs of the Strictly machine turning, no matter what. Whatever the challenge, their job is to find a solution, roll it in glitter, then keep calm and cha-cha-cha on.

Social distancing on a dance show during a global pandemic? No problem – we’ll simply make all our celebritypro dancer couples form support bubbles, even if they don’t see their families for weeks on end. Can’t have a studio audience? Not ideal, but we’ll fill a few chairs with masked crew members and pipe in some pre-recorded clapping. Finalists dropping out with Covid? It’s why we plan for four couples, so there’s a decent chance we’ll have at least two left standing at the end.

As series 20 kicks off the BBC autumn schedule, it seems there’s nothing the Strictly fixers can’t resolve. Except, of course, the death of the Queen, which delayed last Saturday’s broadcast of the launch show to Friday night. So the dance partners for this year’s celebrities – including the Paralympic swimming gold medallist Ellie Simmonds, Bros singer Matt Goss, Blue Peter presenter Helen Skelton and former England footballer Tony Adams – will only finally be revealed less than 24 hours before the first live show.

In reality the launch show was recorded several weeks ago, and our couples have been practising furiously ever since. Scheduling a one- or two-week gap is all part of the magic of Strictly, a well-oiled machine that’s been carefully managing the nation’s excitement levels for almost two decades. Its perceived success depends on the seamless integration of live TV and pre-recordings, which is presumably also why the producers persist in creating the illusion that the Sunday night results show is live, even though it’s recorded as soon as the curtain goes down on the Saturday show.

You knew that, right? Of course you did. Anyone with an ounce of critical thinking would realise that it makes no sense to send the cast home on Saturday night, then bring them back 24 hours later, limbs aching, to put all the wigs and costumes back on just to stand on some stairs looking anxious.

Yet somehow a decent chunk of the viewing public still believes that it’s all broadcast live, so it’s reasonable to assume that some of them also think our 15 celebs only met their pro partners for the first time on Friday night, and on Saturday they’re going to dance a passable ballroom or Latin routine. On the upside, some of the first live show routines will be so embarrassingly bad that “we only had one day’s rehearsal” might be a useful excuse over Sunday lunch.

On Planet Strictly, the passing of a monarch is just another challenge to resolve with elegant turns and light footwork – a faltering start, but everyone will soon get back into the rhythm. This year’s scheduling delay is also an opportunity to finally stop pretending that pre-recorded shows are live. If the audience can adjust to the concept of a disco salsa, we can handle the news that when Tess and Claudia say “Keeeeep Dancing!” as the credits roll on the Saturday show, everybody does actually keep dancing. We’re used to sudden changes of direction, and Strictly will no doubt still be as magical as ever.