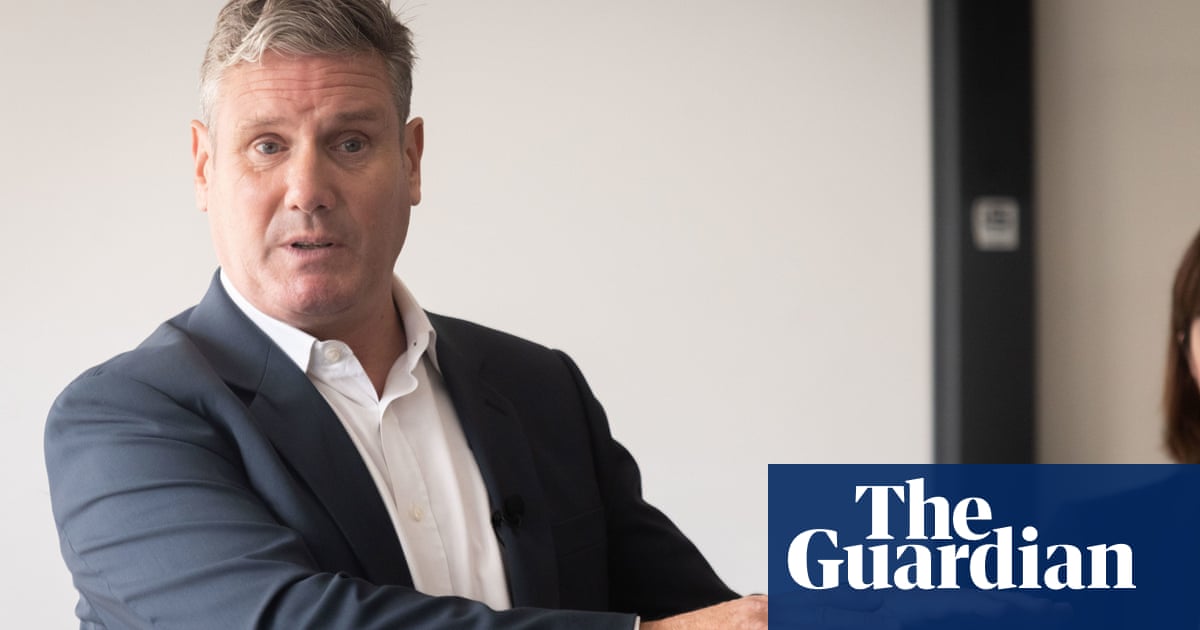 When Keir Starmer picked up his pen during the summer recess to begin drafting his conference speech, there was no way of knowing who his opponent would be by the time he would have finished it.

His target for the past 12 months had been Boris Johnson. Now that he is gone, it will be the first year the Labour leader feels confident enough to talk realistically about being prime minister within two years.

After last year’s conference, MPs were wondering whether Starmer would make it to the next election as Labour leader. The turnaround, much of it of the Tories’ own making, has been remarkable.

New Labour has a comfortable lead in the polls, Johnson is gone and the new Tory administration is embarking on an extraordinary programme of fracking, lifting caps on bankers bonuses, major tax cuts for the richest and cracking down on benefits.new ends

In conversations with MPs, cabinet ministers and Starmer’s inner circle, the mood is optimistic – even gleeful – as the party heads to Liverpool.

Most Labour delegates, made up of party members, are now pro-Starmer, after an exodus of disillusioned leftwing members, which is likely to mean less conference floor disruption. However, there is always the possibility of dissent, especially during the planned singing of the national anthem.

There will be new policies on workers’ rights, childcare, the NHS and the environment, which shadow cabinet ministers promise will be transformational offers, after a summer of nailing down proposals with a fiscally hawkish shadow Treasury team led by Rachel Reeves.

Strategists have planned a full-throated embrace of patriotic symbols, tributes to the Queen, union jacks and Ukraine flags in the conference hall. Every shadow cabinet minister will talk with confidence about Labour in government.

“This conference will be relentlessly focused on the country, growing the economy, [being] strong on defence, solidarity with Ukraine, there will be absolutely no room for doubt,” one senior aide said. “This conference has to be super disciplined. We are the political wing of the British people, we are not a special interest group any more.”

Labour strategists now feel they can talk seriously about the party’s plans for power for the first time. “He could not have said, even last year, this is what I’m going to do for the country when I’m prime minister, we would have been laughed out of town,” another Starmer adviser said.

Such confidence is gradually beginning to convert the party’s internal sceptics, even if doubts remain about whether Starmer can articulate a meaningful vision.

“We are going to win the next election,” a shadow cabinet minister says. “I have never ever really believed that until the last couple of weeks. But now I do.”

Labour shadow cabinet ministers and strategists speak of relief at how the party can talk about things that matter to the country, rather than being mired in conflict.

“This is the year to set out the dividing lines,” one senior Labour figure said. “Boris Johnson could sit on our territory and force us into personality politics. This is different.”

Since the ousting of Boris Johnson, Starmer has a new self-confidence and a swagger. There is markedly more discipline after the grumbles over the summer about “boring Keir”. This was partly driven by a sense Starmer had been too focused on Partygate and Boris Johnson – including in his inner circle.

Though there is a palpable sense of relief at Labour’s position, there are underlying nerves within the shadow cabinet and among MPs about Starmer’s own vision for the country. Many can remember how poll leads for Ed Miliband and Neil Kinnock evaporated when the country seemed fundamentally unsure about the Labour leader.

Few are able to say they have heard Starmer meaningfully articulate what he stands for, and the Labour leader himself keeps away from the day-to-day policy development and election planning.

“My biggest fear now is that we get into government by accident and we just do not have a coherent programme that we can implement and we get found out,” one shadow minister said.

Another shadow cabinet minister said they were somewhat reassured there would be far more on offer this year in terms of radical policies, some of which had only been signed off over the last few days. “Lots of what has been offered up over the past six months has been so banal as to be offensive,” they said. “I still hate the slogans but the offer is improving.”

Senior advisers to Starmer say they know that is true. “When people say, we’ve got no policies, they don’t mean that. They actually want to know what the vision is. It’s not that we haven’t given away enough free microwaves.”

This year, Starmer has a new speechwriter recruited from the Royal Society for Arts, Alan Lockey, a former aide to Tristram Hunt. He will be writing alongside a team including senior advisers Paul Ovenden and Stuart Ingham, who prepare Starmer for PMQs.

“This speech is about being in government,” according to a source with knowledge of the speech. “There will be more policies than we’ve ever had before, but more fundamentally it will answer the question of what Britain looks like under Keir Starmer.”

There will be a “far more visible” Starmer presence during conference – his speech has been moved a day earlier to give him more time away from preparation.

There will be no restrictions on drinks receptions now the period of national mourning for the Queen has passed. “It’s stupid,” one of the key organisers said. “If we do anything to suggest a certain tone should be enforced, the minute there are some pics of people with drinks at Labour conference, it’s a story in the Mail.”

The main battleground at the conference will be over electoral reform, which has made up more than 90% of the local party submissions to conference. Trade unions have switched position to back reform over the past year and the leadership are resigned to defeat on the issue.

There will also likely be tricky votes on industrial action, which will bring to the fore Starmer’s unpopular ban on shadow ministers joining picket lines. Some unions, including Unison, will propose motions that go further than Labour policy, including a £15 minimum wage and inflation linked pay rises.

But although those will be awkward moments, the debate on conference floor is unlikely to be as tortured as the rows over leadership rules, antisemitism and Brexit which gave conferences a toxic atmosphere in recent years.

“How we get through the strikes motion is a challenge and that can’t be underestimated,” one senior strategist said. “We have very good relations with some unions but for some the mission is to destabilise Keir and we have to also negotiate our way through that.”

Labour should emerge from four days in Liverpool with a sense of whether the party will face a more difficult autumn. It will be Truss’s turn to set out her stall in Birmingham and Starmer knows his MPs’ optimism can turn quickly if their poll lead starts to crumble.

“There is no way to stop the PLP [parliamentary Labour party] having a panic if the polls bounce,” one senior adviser shrugged. “She is about to spend £100bn and she has had a Blair 1997 moment of national unity.”

They added: “They should be incredibly worried if they are not back ahead in the polls. There are no bigger bazookas than that spending package. If that doesn’t work, we are in a very good place.”