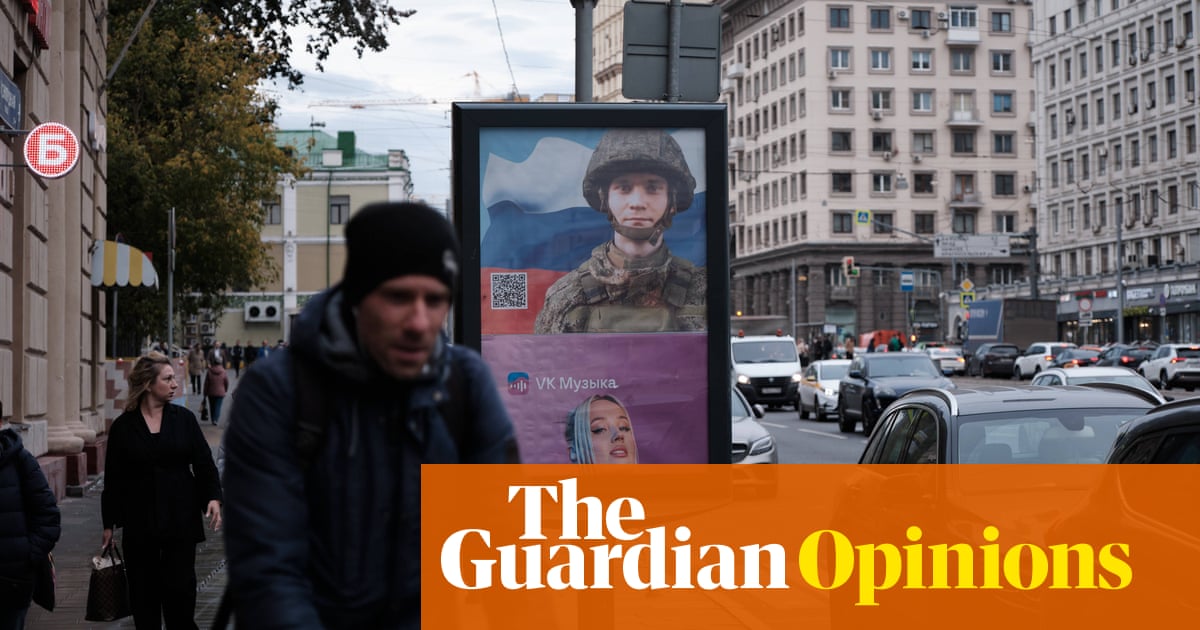 Vladimir Putin is ready to use a nuclear weapon in his ongoing attempt to conquer Ukraine. Or so says Vladimir Putin. The reason is that his conquest has been justly defeated so far and he sees no other way forward. The prospect of such an escalation is appalling. A line would be crossed. Nuclear-armed powers round the world would regard it as a licence. It might not be the end of the world, but it might just be the beginning of the end.

For all the cheerleading of western politicians over Putin’s humiliation, it is crucial to emphasise how disciplined has been the west’s support for Kyiv. Yes, Nato took a gamble in advancing its borders eastwards after 1991, George Kennan’s “most fateful error of the post-cold war era”. It taunted Russia’s paranoia and risked the emergence of a belligerent patriot, which is what happened in the case of Putin. But at no point has the west taken up arms against Russia, even when Russia successively attacked and “repatriated” areas of neighbouring Georgia, Chechnya and even Ukraine.

Moscow’s spring invasion of Ukraine was on a wholly different scale from the 2014 intrusion into Donbas. It was so blatant and brutal that outside military support for Kyiv was as much humanitarian as strategic. But from the start, Nato did nothing to substantiate Moscow’s lie that the west had taken up arms against Russian territory. There were to be no long-range missiles, no bombers or western troops fighting on the ground. Only with economic sanctions did the west lend plausibility to Putin’s claim that it was attacking Russia itself.

Putin has done his nation much harm. He has revealed his army as a Potemkin farce, his generals as incompetent sycophants. Many of his people, proud Russians long supportive of his bombast, are now openly hostile to his mobilisation. Polls show that a quarter to a half of Russians oppose the war. Only the spectacular discomfort caused to the west by Moscow’s retaliatory gas sanctions has afforded the Kremlin some respite. Otherwise Putin is bereft of options. Like many a commander forced into retreat, he is tormented by the choice of escalation or abject defeat.

During the cold war, Europe’s civilians were taught how to respond to a potential thermonuclear exchange. The horror of “mutual assured destruction” was so ingrained it fed through into great-power diplomacy and created an infrastructure of back channels and accident aversion. The merest hint of danger, as during the Cuban crisis in 1962 and a radar malfunction in 1983, brought a swift return to sanity.

There is no reason – or should be no reason – to see the present crisis as a return to the cold war and nuclear confrontation. Great powers are not in existential contention. Even Putin is threatening only tactical nuclear weapons. Given the weakness of his forces on the ground, it is hard to see what gain such weapons would bring him in what is a conventional infantry war over territory. They would be a gesture, and one that would surely lose him support both at home and abroad among his putative admirers in China and India. As for a nuclear “response” from the west, it would serve no tactical purpose and merely open the gates to escalation.

We are told that if Putin was to fall, even “harder-line” figures within his circle would replace him. Russia is like all regimes under sanctions. Besieged elites drive opponents and moderates underground or into exile. They become entrenched and ever less vulnerable to diplomacy and economic pressure. Yet all wars must end. Russia’s in Ukraine has been going on for eight years and has increasingly taken on the colours of a proxy conflict of west against east. Therein lies the danger of Putin’s escalation.

Western aid has enabled Ukraine to drive Russia’s troops back towards the 2014 frontiers. Ukraine and the west have been united in defying a brutal and authoritarian regime, and have been largely successful. The Ukrainian president, Volodymyr Zelenskiy, now risks that unity by stating that he wants ever more western aid to drive Russia out of all of Ukraine, including Crimea.

While his cause remains just, there must come a point when a war to conquer all of Ukraine becomes one of where to draw a line of armistice, as with Russia’s infringements of its neighbours’ sovereignty in Chechnya, Georgia, Crimea and Donbas. At some point, perhaps after one more forceful Ukrainian drive eastwards, there must come a different effort, to encourage the parties to agree a peace. Recent deals on wheat exports and prisoner exchanges show there are channels in place.

That will mean a new challenge. The world of compromises, plebiscites, borders and guarantees may be less dramatic than that of guns, bombs, tanks and drums. But it has to be the world of the future. It has to presage the rebuilding of Ukraine. There is no conceivable interest in reviving the horrors of nuclear conflict between east and west just because one Russian ruler took leave of his senses.