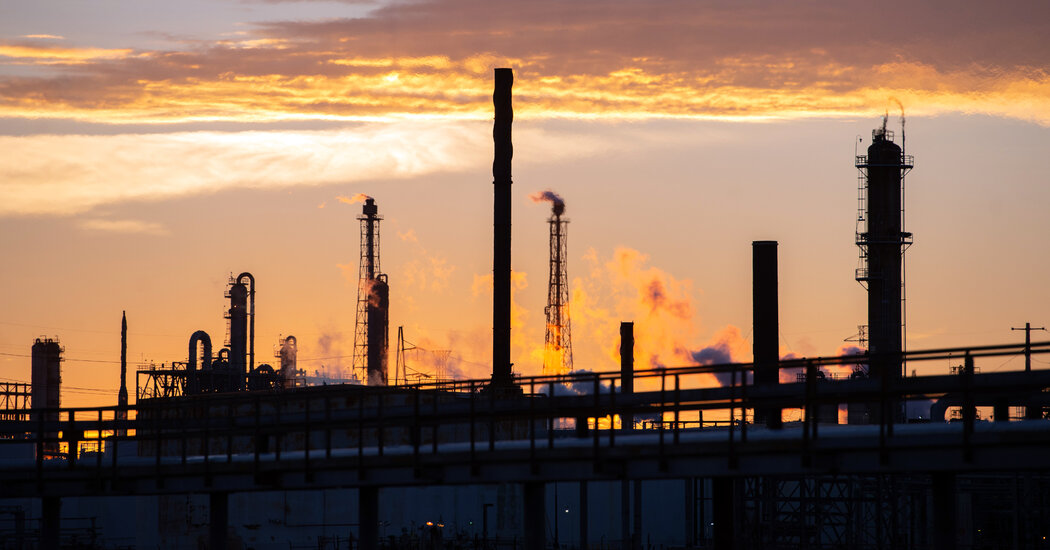 The U.S. benchmark oil price tumbled below $80 a barrel on Friday for the first time since January as traders grew increasingly worried that much of the world was headed into a recession or was already in one.

The steady fall in prices from over $120 a barrel a few months ago could easily reverse if the European Union severely limits its purchases of Russian oil as it has threatened to do. But for now, the falling oil price has offered consumers some relief from inflation.

Oil prices had been rising for the better part of the past 12 months, and accelerated sharply when Russia invaded Ukraine in February. The U.S. benchmark oil price, West Texas Intermediate, was trading around $78.28 a barrel at midday, down 6 percent, and the global benchmark, Brent, was down 5 percent, to about $84.70.

The average price for a gallon of regular gasoline on Friday was $3.69, 20 cents lower than a month ago. The price would be lower if it were not for a fire at the BP refinery in Oregon, Ohio, this week that sent fuel prices in the Midwest higher.

Global supplies of oil are tight, but demand for the fuel has also been weak. Energy use in China, which has been a principal driver of oil price over the last two decades, is down sharply because the country’s government has frequently locked down big cities and regions to prevent the spread of the coronavirus.

Hong Kong on Friday eased its quarantine for international travelers. That announcement could signal that Chinese officials could eventually lift strict pandemic controls elsewhere, too.

Another reason oil prices have fallen is that the U.S. dollar has strengthened against other currencies. Because oil is traded in dollars, the fuel becomes more expensive to individuals and businesses in countries with weaker currencies even if there is no change in the underlying price of oil. That, in turn, reduces demand for the commodity and pushes down its price in dollars.

Many economists expect the price of oil to rise over the long term, especially if the war in Ukraine continues. Russia normally supplies roughly 10 percent of the oil consumed around the world. As sanctions tighten, and the Russian oil industry falls into disrepair for lack of Western technology, its production could fall substantially, limiting supply. A stronger Chinese economy could also push prices higher.