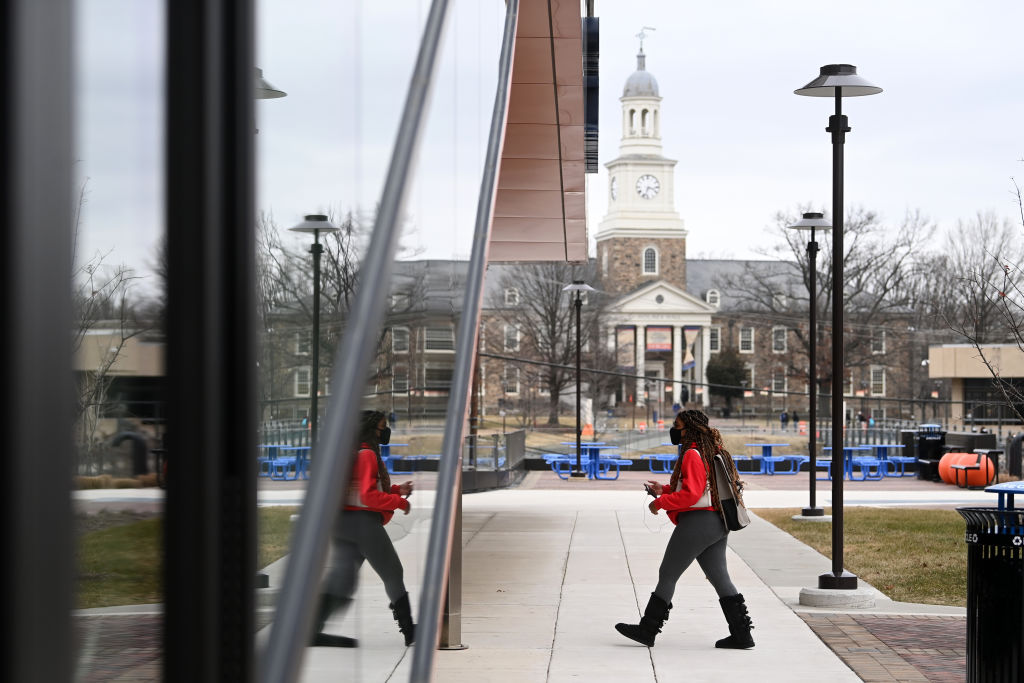 Tyler Hall reflects a student as Holmes Hall looms in the background at Morgan State University on February 07, 2022, in Baltimore. | Source: The Washington Post / Getty

An ongoing series of bomb threats to historically Black colleges and universities (HBCUs) around the country has become one of the most pressing issues for these campuses.

After a slew of bomb threats kicked off 2022 and impacted dozens of HBCUs, the FBI’s initial investigation uncovered that unidentified tech-savvy juveniles were likely the culprits. Yet nearly half a year later, there has not been any accountability.

Howard University has been one school facing such threats that have even continued into the fall semester of the current academic year. Students at Howard told NewsOne that they’ve been significantly impacted by these apparent intimidation tactics.

Krysten Henley, a senior who majors in human performance at Howard, admitted that the ordeal is taking its toll on her.

“At first, the bomb threats didn’t bother me. But after multiple threats, lockdowns and evacuations, it is starting to scare me a bit,” Henley said during a recent conversation.

As the president of Howard University CHAARG, a campus-based health and fitness group, Henley said her concerns extend beyond just herself.

“I get nervous when any of my organizations have a large campus event because of the lingering thought that something bad might happen,” Henley added.

She is not alone.

Howard junior Joseph Sturgeon and a member of the Kwame Ture Society said that the growing number of threats have upended students’ lives.

“I would say that the bomb threats Howard has received, which numbers to eight in this calendar year, are very unsettling,” Sturgeon told NewsOne. “Regardless of whether they have any validity, the most recent ones have been called at night so as to disrupt the sleep of students.”

How the bomb threats are affecting mental health on HBCU campuses is a serious concern, as well.

In addition to the resulting heightened anxiety and stress levels, it’s also making some students leerier of anybody who is not Black on campus.

“We are hesitant to see other people who don’t look like us on campus, because we fear for our lives,” Spelman College student Brianna Fewell told Inside HigherEd earlier this year. Fewell said that fact is having “the opposite effect” on students who should be preparing to enter a multicultural world and work setting.

Sadly, threats of violence against HBCUs are not new. Black colleges have been targets of hate crimes for decades including arson attacks and threats of gun violence.

“These crimes are part of a long history of attacks on institutions that serve the Black community,” writes the American Historical Association. “[These acts] spawned not only a hateful legacy, but also a current, ongoing threat to the physical safety and emotional well-being of all Black Americans.” 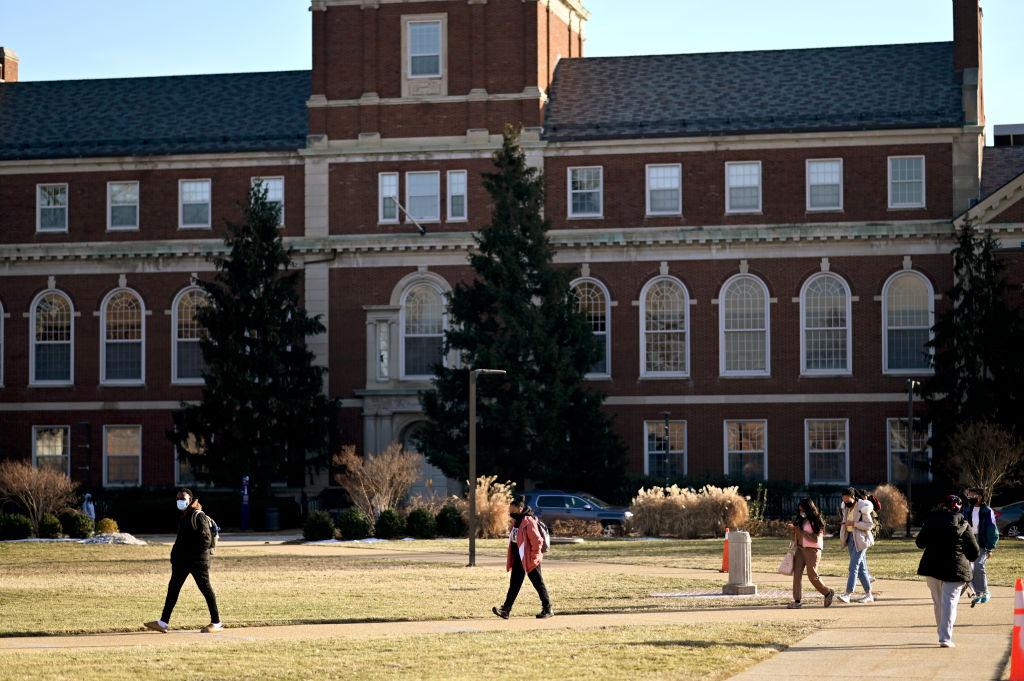 U.S. Secretary of Education Miguel Cardona told NewsOne this week in an exclusive interview that the Department of Education has been in communication with the FBI and with HBCU presidents and chancellors to provide updates on the ongoing investigation. Cardona pointed to federal funding for HBCUs to help improve their security measures.

“We convened a meeting with the heads of HBCUs with FBI and our department to make sure they are kept abreast of what’s happening. We realize the impact of this,” Cardona said Wednesday. “We announced almost $200,000 in grants to these universities to help beef up their campus safety to make sure these students know that they are safe and that they are cared for by not only their university but by the Department of Education as well.”

In a statement from the FBI, the federal law enforcement agency said that it was unable to provide more details regarding any potential arrests but promised to share any information with the public as it becomes available.

“Hate-fueled and racist threats of violence cause the victims real distress. These threats disrupt the learning environment and the education of college students, as well as our fellow citizens,” the FBI said in a statement. “The FBI will not tolerate anyone trying to instill fear in any community, especially one that has experienced violence and threats of violence historically. The FBI will continue to vigorously pursue anyone responsible for these ongoing threats with help from our law enforcement partners at the federal, state, and local levels.”

In contrast to the law enforcement response to the HBCU bomb threats, there were two separate arrests in the past week for bomb threats against predominately white colleges in Utah and another in Kentucky, suggesting selective levels of urgency from public safety officials.

In January of 2022, the Department of Homeland Security (DHS) said that they would “deepen our partnerships with HBCUs to protect students and faculty from an evolving range of threats.”

DHS announced in August that it would be providing $250 million of assistance through its Nonprofit Security Grant Program to support target hardening and other physical security enhancements for nonprofit organizations that are at high risk of a terrorist attack. $125 million will be provided to nonprofits in Urban Area Security Initiative-designated areas, DHS said.

In the meantime, HBCU police departments said they’re being vigilant to help maintain the kind of safe environment needed for all college students to excel and reach their maximum academic capacities. That is true on the North Carolina campus of Elizabeth City State University (ECSU), where Police Chief Tommy L. McMasters, Jr., said the bomb threats at Black colleges have “heightened the need to protect the safety and overall well-being of our students, employees, and campus visitors.”

McMasters said he and his department are taking a number of preventative steps.

“We are investing in state-of-the-art safety resources and technology, continuing to provide advanced training for members of our police department and ensuring our campus community remains vigilant at all times,” McMasters told NewsOne. “Safety is and remains one of the university’s number one priorities.”

He said he’s relying on a team effort on the local and national levels to help handle these types of threats.

“ECSU continues to work in close partnership with local, state, and federal law enforcement authorities whenever campus safety is at issue,” McMasters continued. “Specifically, the FBI and North Carolina SBI provide important situational updates and resources to manage an incident, upon request.”

HBCUs are some of the most important institutions in Black culture and protecting these schools should be a priority. A lack of public arrests could embolden others to act similarly in an effort to antagonize these institutions.

The safety should of these students, faculty, and alumni should be of the utmost importance.

Only 1 HBCU Ranked Among ‘Best’ 100 U.S. Colleges Amid Questions About List’s Methodology