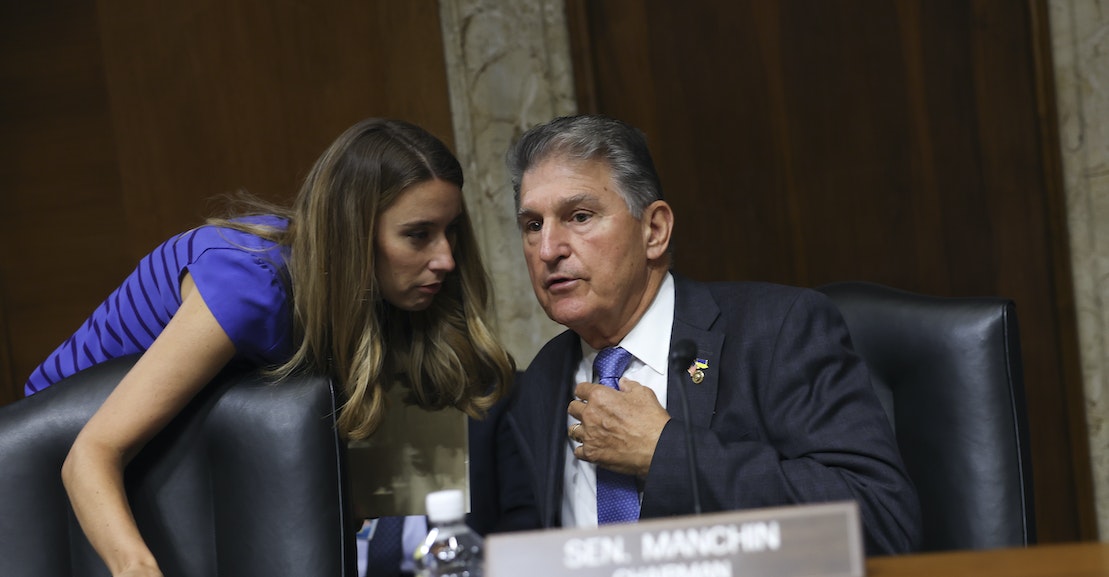 The bill also creates a rolling list of national priority projects eligible for an expedited federal review, five of which—in the first seven years after the bill is passed—need to be fossil fuels or biofuels at any given time. And it limits the amount of time available under the National Environmental Policy Act for fighting new projects in general. NEPA has previously been used successfully to battle the Formosa Plastics plant in St. James, Louisiana, and the Atlantic Coast Pipeline, both of which were set to disproportionately affect Black communities. These proposed NEPA changes mirror ones previously backed by the Trump administration.

Whatever version of permitting reform passes, it will need 60 votes. At least 10 of them will need to come from Republicans. It takes a certain level of willful ignorance to believe that Republican senators receiving regular donations from the fossil fuel industry could be tricked into voting for a piece of legislation that will substantially cut greenhouse gas emissions and benefit renewables rather than oil and gas. Whatever version of permitting reform can get a filibuster-proof majority in the current Congress will (at minimum) contain a lot of bad stuff from a climate and environmental justice perspective that’s also good for the fossil fuel industry. For now, though, it doesn’t look like Manchin has the votes: Republicans are mad that he voted for the Inflation Reduction Act and would prefer for this new bill to have more fossil fuel giveaways.

Behind the current discussion of the bill’s merits lies a more troubling narrative about democracy. Two guys negotiated a deal behind closed doors. Both of them have accepted generous donations from the charismatic megaproject at its center, the Mountain Valley Pipeline. The details of that deal were worked out primarily by four guys, who released details about a sweeping overhaul of environmental regulations only a week before they intend to pass them into law. This sweeping overhaul of environmental regulations will probably fail, at least for now, because one of the country’s two major parties does not think the other should be allowed to govern. Climate advocates do need to conduct a healthy debate around permitting reform. This is a deeply depressing stage on which to hold it.