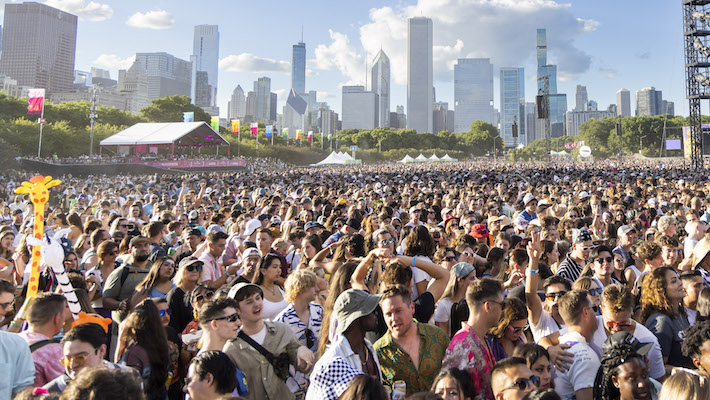 Every day, across the globe, fans attend concerts for their favorite musicians. Particularly in regards to large-scale touring artists, when fans file into a stadium arena venue, they are likely only thinking about the countdown until the show begins — to see the lights, hear the setlist, and even possibly dance along with friends. After the show ends, the fans leave the venue. We get in our cars to head home, and considering if the show is on a weekday, prepare for work in the morning. Meanwhile, the musician(s) and their extensive touring crew is doing the same thing.

Most might not consider the logistics of everything that really goes into planning a tour. However, a recently uploaded video on YouTube by Wendover Productions breaks down the process for those who are interested.

Before the tour dates are even announced for fans to purchase tickets, a significant amount of planning happens prior. Agents tend to negotiate fees and revenue (the money brought in by the shows) with venues in the city that the artist or band wants to play. If the tour takes place in the summer, the video notes that “dates fill quickly” for that season, so the negotiations occur in the fall before.

After the dates and venues are confirmed, the tour manager then has the job of sending the artist’s schedule to various bus companies, in order to accommodate the crew, the equipment, and more, on the dates that are needed. “With the venues locked, stage managers, and production managers begin assembling advance sheets that outline every last technical detail about the venue, from bus and trailer parking, the office space and AV capabilities and hookups that the tour could possibly need to know beforehand,” the voiceover notes.

The tour manager is also in charge of finding and sending riders to hotels for each aspect of the touring party. At the beginning of the video, it is noted that tours are typically split into three groups: A Party (the artist/band and inner management circle), B Party (additional backup band, dancers, other performers), and the C Party (crew, techs, lighting, etc.). While the A Party will typically fly out of an airport to the next city, the rest will use tour buses and immediately head to the venue after a long drive. After plugging in the tour buses, the B and C parties stay at a hotel likely in close proximity to the venue to rest.

From there, they start setting up for the show. Most of the time at arenas, it will likely be a from-scratch assembly. They set up the stage and rig the lighting fixtures, with a large crew each contributing to their set jobs.

After the show is set up, is played, then ends, the turnaround time could be quick. Typically, tour dates in close proximity to other states have a 24-hour time crunch before the next show is set to take place. While the A & B parties head to the airport and respective buses, the C Party has to quickly dismantle the stage setup, while still being careful not to damage the equipment. It is loaded onto trailers for the next show.

The bus drivers are also carefully considered in the efficiency, as, according to the video, they sleep until the performer’s show is nearly finished. As they have a lengthy drive ahead, this sleep is required and essential.

Long story short, the larger an artist you’re going to see is, the more complex their tour operations are. Every member of the crew is essential in keeping the nightly (or every other night, depending) shows moving smoothly.

Watch the video above.