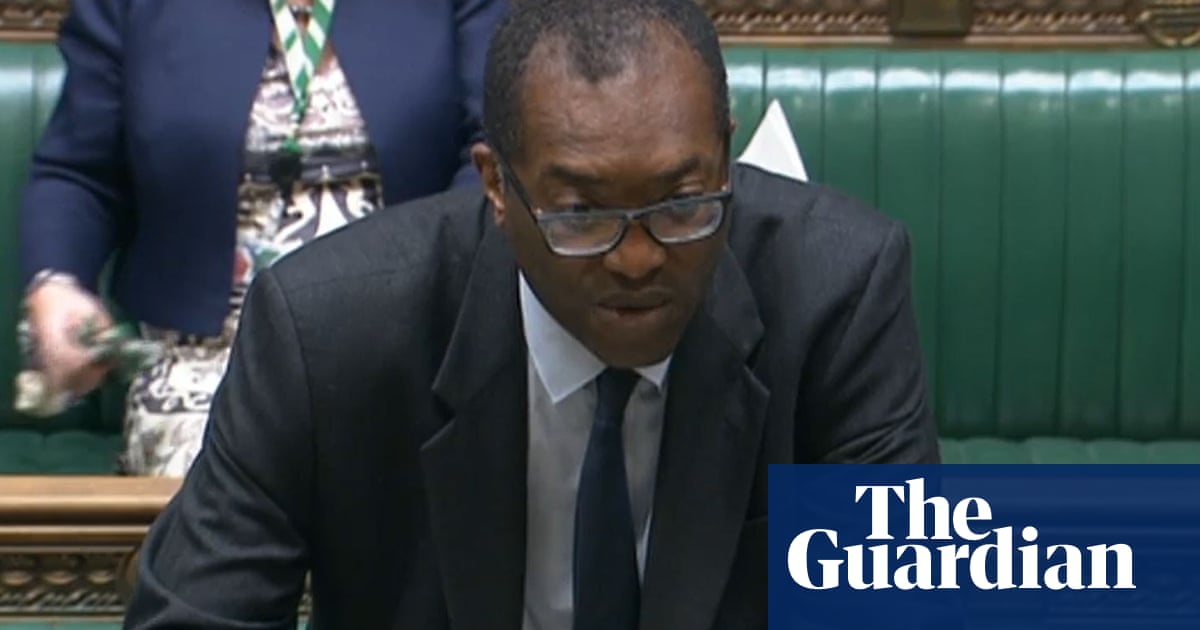 The chancellor says there will be three key steps. The energy price guarantee, equivalent support for businesses and an energy markets financing scheme delivered by the Bank of England.

After the criticism the Conservatives faced over the summer for months of inaction while the leadership contest dragged on, the chancellor tries to counter that narrative by claiming the new PM acted with “great speed”.

“People need to know help is coming, and help is indeed coming,” is intended as a rallying cry of reassurance – however he tempers that expectation by reminding people energy markets are “volatile”.

Kwarteng says the government will expand the supply side of the economy through tax cuts to target economic growth of 2.5% per year.

The chancellor says he will turn a “vicious cycle of stagnation into a virtuous circle of growth,” although cautions that “none of this is going to happen overnight”.

Kwarteng says the government will publish costings of the measures. He also commits to the Office for Budget Responsibility will publish a full economic and fiscal forecast before the end of the year.

The government’s energy support scheme is expected to cost £60bn for the six months from October.

Aubrey Allegretti: Kwarteng seeks to turn the last 12 years of Conservative economic wisdom on itself and present the government as new and radical – rather than hanging on the coattails of the last one.

He lays out his central point that “growth is not as high as it should be”, arguing this only leads to lower money to fund public services, relying on higher taxes, and so on and so on.

“We need a new approach for a new era,” should be seen as nothing less than a bid to reinvent the Conservatives and present them as a party of change – to avoid being blamed for the mistakes of the past. (Despite, of course, Truss having served in the previous three Conservative governments.)

The chancellor says a list of key infrastructure projects to be “prioritised for acceleration” today.

Aubrey Allegretti: To avoid accusations the government has reneged on Theresa May’s long-held mantra there is “no magic money tree”, Kwarteng put a figure of around £60bn on the expected value of the energy support over the next six months.

His insistence the government’s approach will lead to a new era drew outraged cries from the opposition benches, who will be keen to tie him as closely as possible to Boris Johnson’s high-tax, high-spend economic approach.

He got a slightly muted reception from the Tory benches to planning reforms – a thorny issue for the Conservatives. But appealing to traditional deregulation instincts, Kwarteng got a better reception from backbenchers when he said: “We are getting out of the way to get Britain building.”

The chancellor says the government will legislate to tackle “militant trade unions” from closing down key infrastructure through strikes.

The laws will require unions to put pay offers to a member vote, to ensure strikes can only be called once pay talks have genuinely broken down, he says.

Aubrey Allegretti: Looming across the country this winter are a set of strikes that seek to draw attention to the paltry pay offers for public service workers – including across rail services during the first and last day of Conservative party conference next month.

Any threats to curtail the powers of trade unions will get the Tory benches behind him feeling perkier.

Kwarteng confirms the bankers’ bonus cap will be scrapped, to “reaffirm” the UK’s status as a leading financial centre

He says the bonus was failing, and all it did was push up basic salaries of bankers or drive them outside of the UK to Europe.

Aubrey Allegretti: Here is where Kwarteng is straddling a thinner tightrope between the various factions of the 2019-elected batch of Conservative MPs. He knows lifting the cap on bankers’ bonuses will go down like a cup of cold sick with some colleagues – particularly those from “red wall” seats.

But given the news of this move was leaked, it is likely not to draw as much outrage as if it had been announced today for the first time.

The chancellor confirms almost 40 investment zones will be created with tax breaks for businesses.

The government is working with areas including the Tees Valley, West Midlands, Norfolk and the West of England to establish investment zones, he says.

“If we really want to level up, we have to unleash the power of the private sector.”

Aubrey Allegretti: It used to be a phrase that defined the government’s mission – but levelling up only gets a passing mention from Kwarteng. He pays tribute to it and seeks to use it to defend the swingeing tax cuts today.

The investment zones are presented as a way of boosting development and growth in those areas where planning and environmental regulations only incur increased costs and could put off investors.