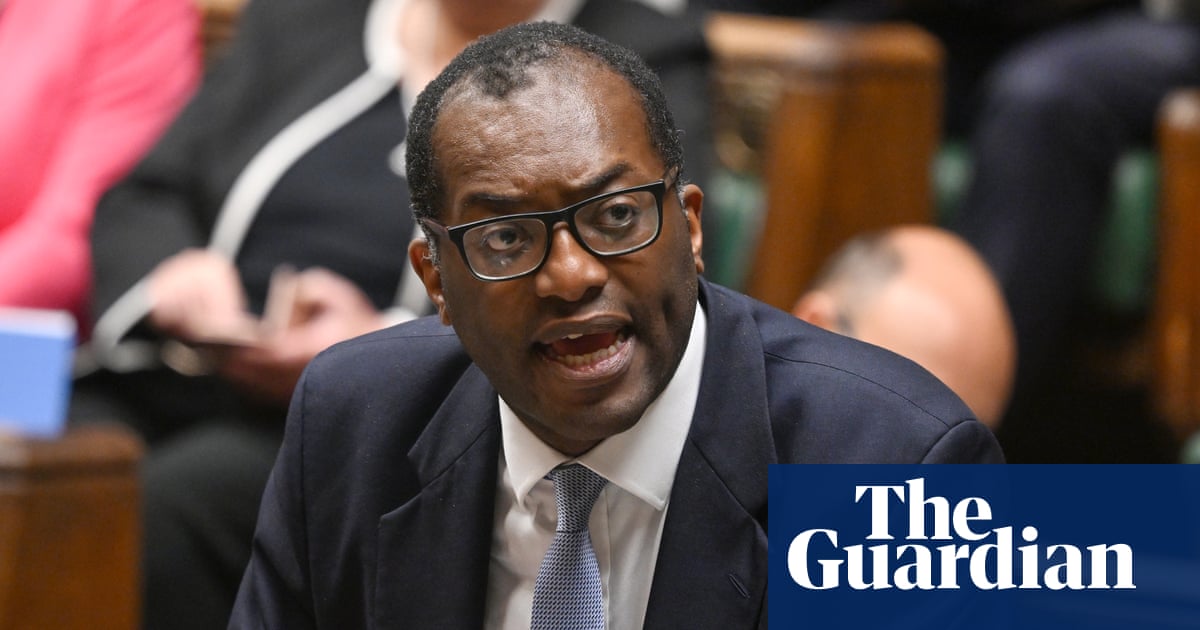 Kwasi Kwarteng has been accused of delivering a reckless mini-budget for the rich after his £45bn tax-cutting package sent the pound crashing to its lowest level against the dollar in 37 years.

In a high-risk strategy designed to revive Britain’s stagnant economy, the new chancellor announced more than £400bn of extra borrowing over the coming years to fund the biggest giveaway since Tony Barber’s ill-fated 1972 budget.

Kwarteng said tax cuts worth more than £55,000 annually to someone earning £1m a year were part of a new direction for the economy and were designed to help boost growth to 2.5% a year. Some Labour MPs described them as a “class war”.

The Treasury admitted there were no forecasts for the impact of the measures on growth and the gamble received a hostile reception not just from the markets and opposition politicians, but from economic thinktanks and many Tory MPs, some of whom were aghast.

Paul Johnson, the director of the Institute for Fiscal Studies, said: “Today, the chancellor announced the biggest package of tax cuts in 50 years without even a semblance of an effort to make the public finance numbers add up. Instead, the plan seems to be to borrow large sums at increasingly expensive rates, put government debt on an unsustainable rising path and hope that we get better growth.

“Mr Kwarteng is not just gambling on a new strategy, he is betting the house.”

The shadow chancellor, Rachel Reeves, described it as “casino economics”.

Kwarteng scrapped the 45% rate of income tax paid by those earning more than £150,000 a year, abolished the cap on bankers’ bonuses, reversed the rise in national insurance contributions and brought forward by a year the reduction in the basic rate of income tax from 20% to 19% pencilled in by his predecessor Rishi Sunak for 2024. The income tax changes do not apply to Scotland, with Wales usually taking its lead from England and Northern Ireland.

The chancellor also announced a doubling of the £125,000 threshold for stamp duty on home purchases, a freezing of alcohol duties, and ditched the planned increase in corporation tax from 19% to 25% that was due to come into force in April. An estimated £60bn will be spent capping energy bills for households and businesses during the coming winter.

In the absence of independent scrutiny of the package from the Office for Budget Responsibility, it was left to thinktanks and the financial markets to pass judgment on the new government’s “plan for growth”.

The Resolution Foundation said the measures – including the energy support packages for households and businesses – would involve an extra £411bn of borrowing over five years. The thinktank said the tax cuts were heavily skewed in favour of the better off, pointing out that someone earning £1m a year would gain £55,220 a year while someone on £20,000 would gain just £157.

Torsten Bell, the chief executive at the Resolution Foundation, said: “No chancellor has ever chosen to permanently increase borrowing by so much. Without significant cuts to public spending, debt will be on course to rise in each and every year. This is not what sustainable public finances look like. Every scrap of Treasury orthodoxy has been torn up.”

Reaction in the financial markets was swift and damning. The pound fell sharply across the world’s currency markets, dropping below the $1.09 level against the dollar, while government borrowing costs hit their highest level in more than a decade. The crashing value of sterling will also drive up costs for households and businesses by making the imports more expensive.

Larry Summers, a former US treasury secretary, said: “It makes me very sorry to say, but I think the UK is behaving a bit like an emerging market turning itself into a submerging market.”

He told Bloomberg: “Britain will be remembered for having pursued the worst macroeconomic policies of any major country in a long time.”

Despite Kwarteng’s pledge that the government would be financially responsible, investors were alarmed by the scale of the borrowing needed to cover his tax cuts and spending pledges – and by the prospect of much higher interest rates from the Bank of England. The financial markets are anticipating Threadneedle Street will more than double interest rates from their current level of 2.25% by next spring.

Kwarteng said his plan was designed to improve the supply side of the economy and to raise Britain’s underlying growth rate to 2.5% a year. In addition to tax cuts, the measures include cutting red tape to speed up big infrastructure projects, new investment zones and planning liberalisation.

In her reply, Reeves said the government was “gambling the mortgages and finances of every family in the country to keep the Tory party happy”.

She added: “Twelve years of Tory government have left us with lower growth, lower investment, lower productivity, and today the lowest consumer confidence since records began. The only things that are going up are inflation, interest rates and bankers’ bonuses.”

In the Commons, only a few Conservative MPs gave the chancellor wholehearted support, while a number raised worries about aspects of the plans. John Glen, until recently economic secretary to the Treasury, praised the focus on growth but highlighted the “clear concern in the markets about the irreconcilable realities of having monetary tightening at the same time as fiscal loosening”.

Sir Bob Neill, another former minister, asked Kwarteng to bear in mind that as well as promoting growth, Conservatives “also believe in sound money and we must keep an eye on inflation”.

One senior Tory MP said it reminded them of the Barber budget, while one minister with a marginal seat described it as “a big gamble” that his constituents were not likely to appreciate at a time of economic instability.

Julian Smith, a former Tory chief whip, was one of the most vocal critics, saying: “The huge tax cut for the very rich at a time of national crisis and real fear and anxiety amongst low-income workers and citizens is wrong.”