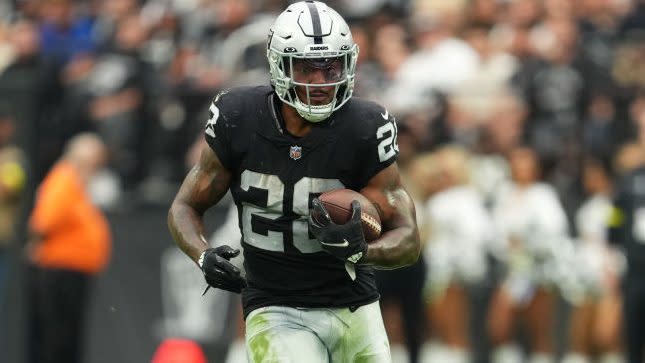 The Raiders listed running back Josh Jacobs as questionable to play in Sunday’s game against the Titans and he’ll be flying to Nashville on his own if the team decides to have him in the lineup.

Jacobs has missed the last two days of practice with an illness and Paul Gutierrez of ESPN.com reports that he will not be traveling with the team from Las Vegas. The Raiders are making the trip to Tennessee on Friday.

The decision suggests the Raiders had concern that Jacobs’ illness might spread to other members of the team. If he does not travel on Saturday, the Raiders will likely downgrade him to out.

Ameer Abdullah, Zamir White, Brittain Brown, and Brandon Bolden will handle the running back work if Jacobs is ruled out.