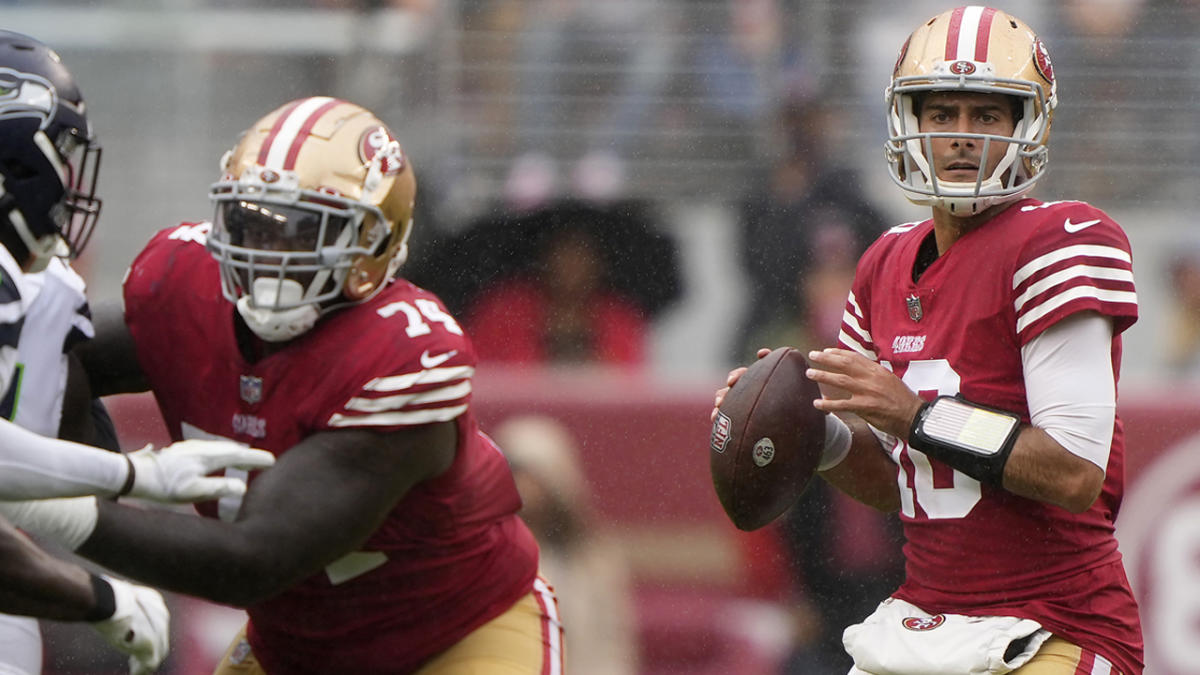 SANTA CLARA — Understandably, there were a lot of things going through Jimmy Garoppolo’s mind when he came into Sunday’s game against the Seattle Seahawks for an injured Trey Lance.

And even though he didn’t see a single training camp rep with the team this summer, the veteran quarterback took command of the offense and immediately made an impact in the win.

So now that things have calmed down (a bit), does Garoppolo remember the first thing he said to his teammates in the huddle on that unbelievable day?

“That’s a tough one,” Garoppolo said after practice on Thursday. “I don’t know, man. A lot of things get said out there. We were all just fired up. It was third down, so [my] brain was kind of going in that direction — thinking about coverages and what [the Seahawks] were going to do.”

Garoppolo stepped in under center with 2:12 remaining in the first quarter, just moments after Lance was carted off with a broken ankle that ultimately ended his season. He connected with wide receiver Brandon Aiyuk right away for a 4-yard gain, setting up a 33-yard field goal for kicker Robbie Gould.

As he released the football for the eventual completion, everything seemed to be going well. But then Seattle pass rusher Uchenna Nwosu provided Garoppolo with a perfect welcome back to the NFL moment.

“Then I got smoked, so the rest is history,” Garoppolo said with a laugh.

Garoppolo previously described his first play — and hit — back under center to Sports Illustrated’s Albert Breer as somewhat of a wake-up call.

The performance also helped him pocket an extra $350,000 in contract play-time incentives, and he’ll look to do it again when San Francisco travels to take on Russell Wilson and the Denver Broncos this weekend for Sunday Night Football.

The game will mark Garoppolo’s first start of the season, and the 49ers Faithful can be certain he’ll look to make the most of it under the primetime lights — even if he can’t remember what he says in the huddle.