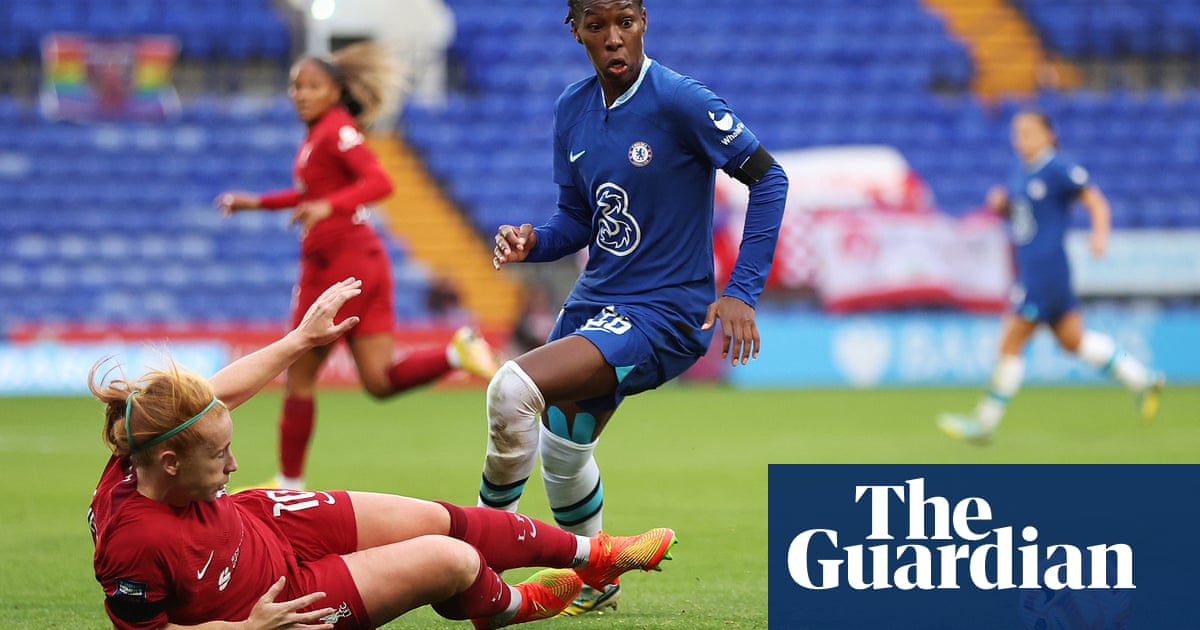 Canada’s Kadeisha Buchanan is relishing the challenge of playing in the Women’s Super League, where anyone can beat anyone, after swapping the European champions Lyon for Chelsea.

“That was one of my main reasons why I chose here,” the centre-back says before Sunday’s game at home to Manchester City. “You have to earn it, every single game; it’s not going to be given to you and that’s why it’s so competitive. I love it. You have to show up.”

Buchanan was given a bruising introduction to WSL life, conceding the penalty that ensured the champions suffered a shock 2-1 defeat by promoted Liverpool.

“I’m definitely not in my comfort zone here,” the 26-year-old adds. “I feel like every day I’m learning something new, whether it’s not tackling with one foot versus the other. It’s just the little details now that they’re bringing out. They really watch the training every day here and there is a lot of staff to help with our games. They have a huge staff who are very diligent and very detail-oriented who help me and all the girls with whatever we need to work on.

“I think that’s very key here and I admire that. That’s why I really wanted to come here. The detail they have, for all aspects of your game, is unreal. I’ve only been here for a couple of months but I know by the end of my journey here I’ll be a different player.”

Buchanan is a winner. She lifted the Champions League trophy five times in six years with Lyon and helped guide Canada to Olympic glory in Tokyo in 2021. She grew up in Canada but her parents originate from Jamaica and her father avidly followed the Premier League.

“My dad supports Manchester United but I’m an all-rounder fan: I just love to watch football,” she says with a wry smile, sitting in Chelsea’s Cobham training ground. “Football isn’t as big a sport in Canada but I had a Jamaican father who loves the EPL and we would all wake up at 7am to watch the games. We watched it all the time. Canadians don’t honestly watch much of the football here, but my family definitely did. Every Saturday, Sunday morning we get up and watch football with my father.”

One of 12 children, Buchanan grew up in a team. “Out of 11 siblings I think about four or five of us played,” she says. “My two older sisters, right above me, started playing around the same time as I did. They kind of stopped and I just kept going. My older brother played, my father played, and my mum also played, later on, she got into it. Taking us to soccer everyday she was like: ‘Ah, let me get in there too,’ so she started playing. We’re a football family, a very athletic family; a couple of my sisters did track and basketball – we’re an all-around sporting family.”

The desire now, for this next stage of her career, is to help Chelsea win a much-coveted Champions League. It takes “a strong team, a team that can face adversity, a team that can just come together as one” to do so, says Buchanan. “OL [Lyon] had a great sense of teamwork and team leadership carried them a long way. I think for any team it’s always about the team and how all the girls come together.

“That’ll be the key component to this, just every player being on board with our goals, just not being an individual and all working together.”