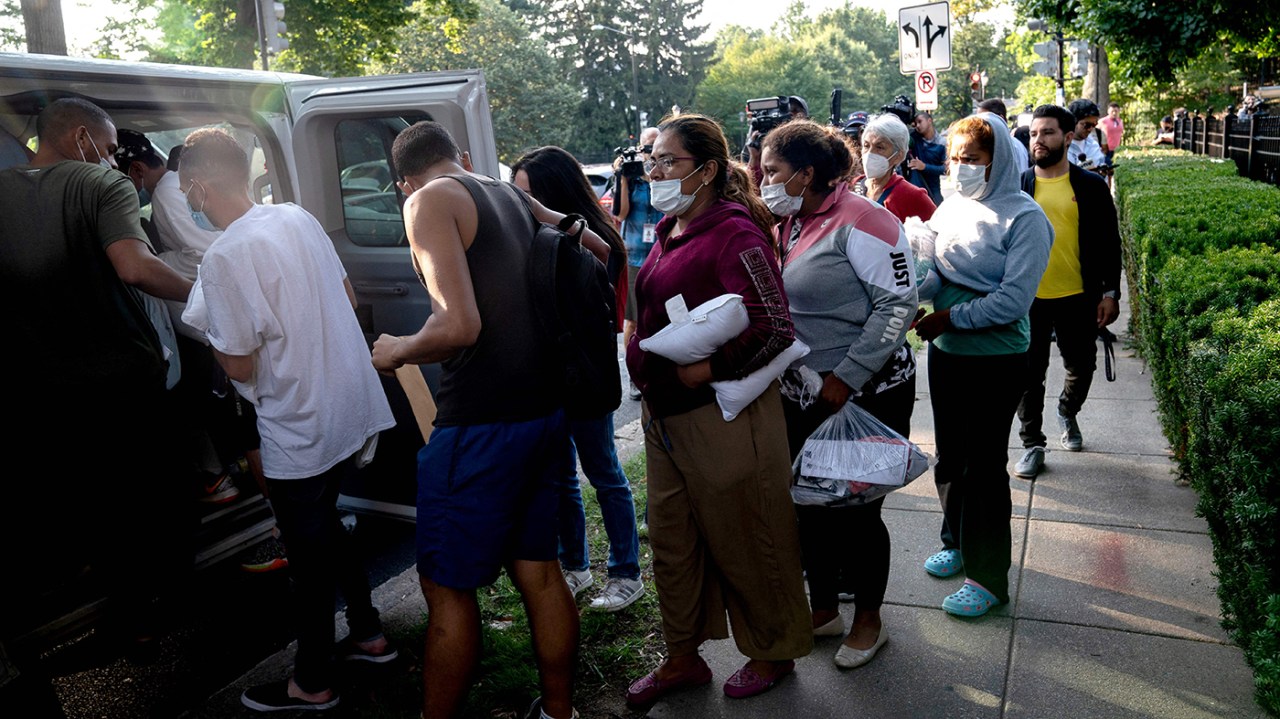 A group of House Democrats on Friday called on Homeland Security (DHS) Secretary Alejandro Mayorkas to condemn Florida, Texas and Arizona officials for their policy of shipping migrants north to Democratic-controlled jurisdictions.

The 27 House Democrats, led in a letter by Rep. Ayanna Pressley (D-Mass.), asked Mayorkas to ensure that Department of Homeland Security officials take no part in aiding or abetting the GOP governors’ busing and flying asylum-seekers north.

“The Department of Homeland Security (DHS), including Customs and Border Protection, should play absolutely no role in advancing the inhumane stunts orchestrated by the governors of Texas, Arizona, and Florida,” wrote the lawmakers.

More than 10,000 migrants have been shipped north by GOP Govs. Ron DeSantis (Fla.), Greg Abbott (Texas) and Doug Ducey (Ariz.), all three of whom are seen as potential presidential candidates in 2024 and beyond.

DeSantis and Abbott are also facing reelection campaigns; Abbott is running ahead of Democratic challenger Beto O’Rourke, but DeSantis is facing a tougher challenge than expected from former Gov. Charlie Crist (D).

The Democratic lawmakers compared the GOP governors’ policy of sending migrants to northern jurisdictions to the early 1960s reverse freedom rides, a form of civil rights counter-protest used to attempt to portray Black southerners as a burden.

They also underlined the health risks faced by migrants on often-long bus rides, after which many migrants have shown symptoms of dehydration, malnutrition and a range of maladies, from infectious diseases to chronic conditions worsened by lack of access to medicine.

“Families with children, including newborn babies, arrive in Massachusetts, Illinois, New York, and the District of Columbia after having medication confiscated and without money or knowledge of their destination, according to immigrant advocates. While community organizations, volunteers, and healthcare providers have responded with care and compassion, no person should have had to endure such unjust hardship,” wrote the lawmakers.

In their appeal to Mayorkas, the lawmakers said they want to ensure no DHS agencies or officials aid the busing and flying programs.

“It is incumbent upon your agency to unequivocally condemn state officials who dehumanize immigrants and treat them as political pawns,” they wrote.

Florida officials in particular have been accused of misleading the migrants by giving them information on the refugee program, which asylum-seekers are not a part of until their court cases have been resolved.

Immigration advocates say the migrants are being led astray in their paperwork, in a system where clerical errors can easily lead to missed court dates and eventually deportation.

The lawmakers called on Mayorkas to prevent in absentia orders of removal for migrants shipped north by Texas, Florida and Arizona, and for an official DHS investigation into the relocation programs.

Some claims have surfaced accusing DHS officials of, at times, playing a role in muddling the asylum process for the migrants, even earning a rebuke from Florida GOP Sen. Marco Rubio, who otherwise defended the migrant transports.

“Today I will be demanding answers from @DHSgov about reports from Martha’s Vineyard that federal agents assigned random homeless shelters across the country as the mailing addresses of illegal migrants, even after the migrants told them they had no address in the U.S.,” Rubio wrote on Twitter.

The Democratic lawmakers called on Mayorkas to ensure his agency did not pile on the migrants’ troubles.

“Because the arrival cities are often unknown to migrants, mailed legal correspondence, such as court dates, and locations of immigration hearings are inaccessible, placing them in jeopardy. This dynamic is a result of a calculated decision to prevent proper notification and subvert legal proceedings. DHS must not participate in this malicious scheme that undermines the integrity and purpose of our immigration system,” they wrote.