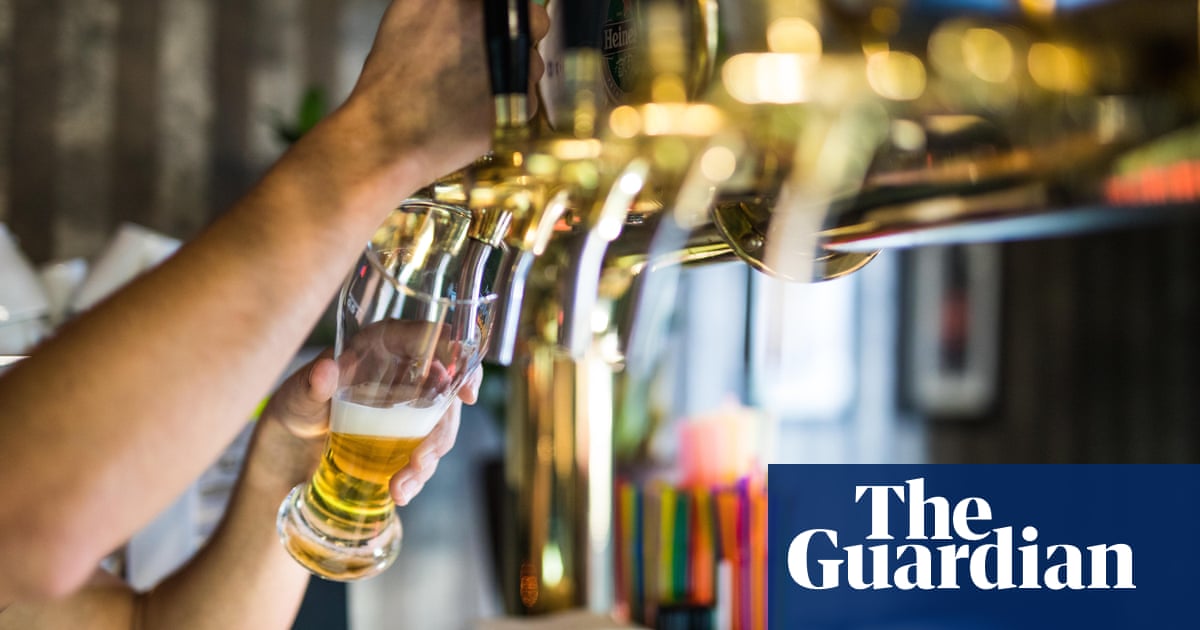 The chancellor’s freeze on alcohol duty has gone down well with the beer industry, but the wider hospitality sector lamented a lack of announcements on help for hard-pressed pubs, restaurants and bars as they wrestle with the cost of living crisis.

In a mini-budget that outlined his growth-above-all approach to Britain’s finances, Kwasi Kwarteng froze duty on beer, cider, wine and spirits for a year, as well as pushing ahead with controversial plans to overhaul how the tax is applied.

Both measures extend policies implemented by his predecessor Rishi Sunak, although there will be an 18-month “transition” period for changes to duty on wine. Those changes sparked dismay among port and sherry producers because those penalise higher-alcohol products.

Kwarteng also extended his predecessor’s 5% “draught relief”, cutting the duty levied on beer and cider sold in pubs, so that it also covers smaller 20-litre kegs, a measure intended to help craft brewers. The British Beer and Pubs Association (BBPA) said the measures could boost the sector by £500m.

However, hospitality leaders said the measures in the mini-budget contained nothing new to combat soaring costs and fragile consumer confidence as sector continues to reel from the pandemic.

Nicholls said the government’s wider agenda of cutting taxes and regulation to boost growth could eventually bear fruit, but warned: “More is urgently needed to help struggling businesses survive through the winter. There’s a clear shortfall between the positive tax plans and the lack of needed immediate business support.”

The Night Time Industries Association, whose members include bars, nightclubs and music venues, said it was “extremely disappointed” with the mini-budget.

“It will be seen as a missed opportunity to support businesses that have been hardest hit during this crisis, causing considerable anxiety, anger and frustration across the sector as once again they feel that many will have been left out in the cold,” said Michael Kill, its chief executive.

He said a cap on business energy bills, lower alcohol duty and reductions in corporation tax and national insurance were unlikely to be enough to ensure businesses had “the financial headroom to survive the winter”, especially after the Bank of England increased interest rates by half a point to 2.25% on Thursday.

Kill urged Kwarteng to “re-evaluate the inclusion of general business rates relief and the reduction of VAT” to help the extremely vulnerable sector.

Large trade bodies representing pubs and brewers are expected to welcome the freeze on alcohol duty and extended draught relief, but the response from publicans has been mixed.

Emma McClarkin, the BBPA chief executive and a former Conservative party spokesperson on international trade, said: “The measures announced today will mean a boost of £500m for our sector, enabling growth following successive crises and allowing us to thrive in the future.

“We look forward to the continued reduction of taxation on the sector at the next budget – the need for a reduced VAT rate for hospitality and business rates reliefs remain as strong as ever.”

However, the Campaign for Pubs group, which had called for a cut to VAT on alcohol and reduced business rates, said Kwarteng was guilty of a “staggering lack of help”.

The SIBA, a trade body for craft brewers, welcomed draught relief being extended to smaller kegs favoured by some breweries. However, it added: “Delaying the introduction of the draught duty rate until next summer, as opposed to February as originally planned will come as a disappointment to many small brewers who have already factored these changes into their business plans for next year.”