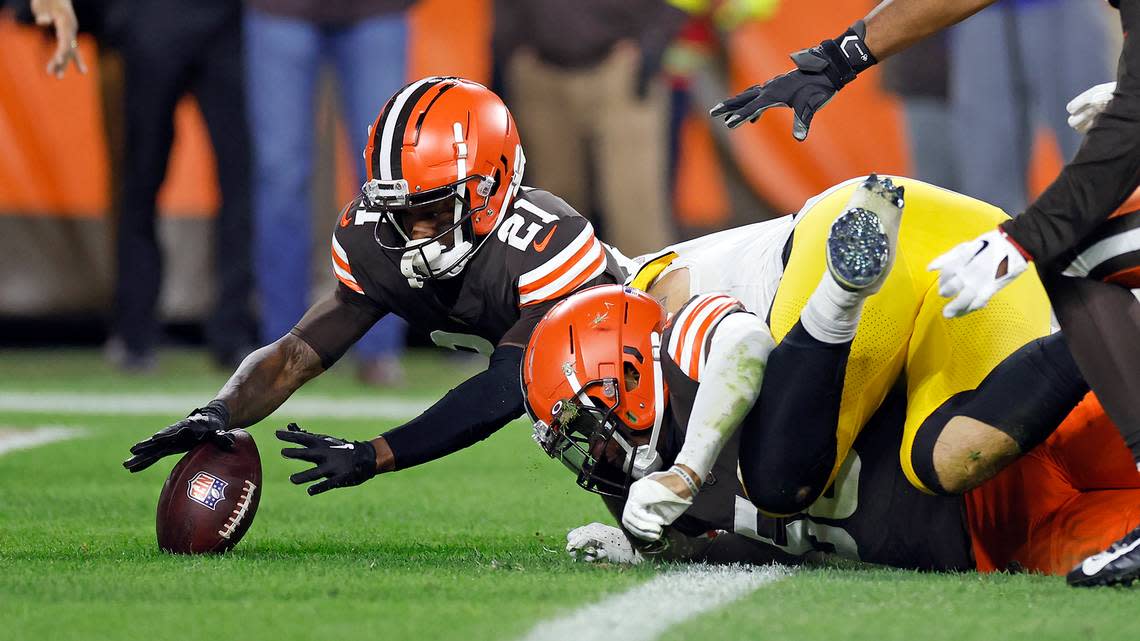 Trailing by six points on “Thursday Night Football,” the Steelers had one last chance to pull off a victory.

But they’d have to move the ball 94 yards in 9 seconds against the Cleveland Browns.

The Steelers tried a multi-lateral play that did result in a touchdown … but for the Browns. Pittsburgh kept throwing the ball backward without ever advancing it, and ultimately turned it over. Cleveland cornerback Denzel Ward recovered it in the end zone to wrap up the Browns’ 29-17 win.

In the broadcast booth was Al Michaels, who made arguably the most famous call in sports history with “Do you believe in miracles? Yes!”, but this time he noted how that Browns’ touchdown wasn’t meaningless to bettors.

“That’s gonna be a touchdown. There’s no extra point. But that may be meaningful to some of you. And you know who I mean.” – Al Michaels pic.twitter.com/Ah9lHmWEKt

That was a bad beat for people who bet on the total points of the game, the Browns’ total points in the game or the line. Some fantasy football players were also crushed. Here is what bettors were sharing about the bad beat.

If you think your night is going bad, the people in 1st place on DK, winning $239,000, dropped to 42nd because of that meaningless defensive touchdown. They ended up winning only $750 pic.twitter.com/9H9VG99m6E