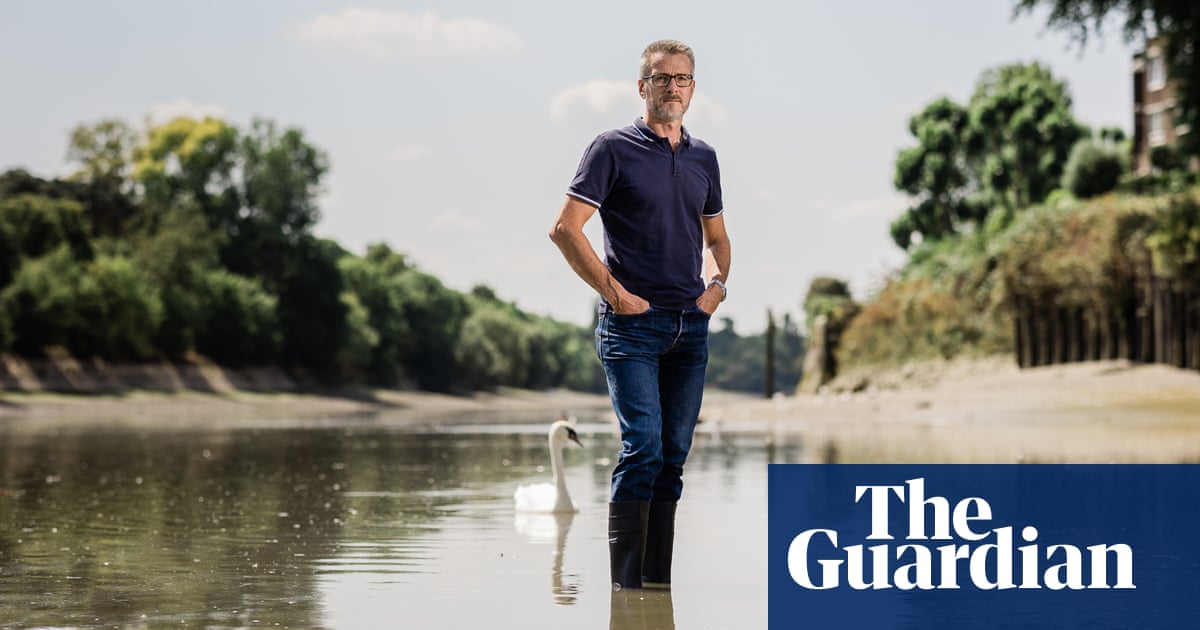 It was a lovely midweek morning last September. I’m a keen rower and I go out on the Thames with my club as often as I can. The river is usually murky and grey, with a thick silt at the bottom. But that day, at about 7.30am, it was different. The tide was at its lowest, and the water was still and crystal clear.

Six of us walked down with our boats from the boathouse in Brentford. I was at the back, the last one in the water. As I got in, I saw what I thought was a bone on the riverbed about 30cm down. Instinctively, I pulled it out. I was holding it with the hip joint up in the air – as soon as I saw that, I was sure it was human.

My friends had already rowed out and called for me to hurry up. I said: “I’ve found a bone,” but they didn’t take it seriously. So I put it in my boat and rowed off.

We got to Richmond Lock, where we usually stop before turning around. I showed them what I’d found and they agreed it looked human. They joked that my DNA was now all over it and I’d be implicated in a crime if it was from a recent case. That worried me, but I suspected that the bone was old because it was so blackened.

We rowed back to Brentford. The seriousness of the situation dawned on me: I’d picked up a human bone, put it in my boat and gone for a row with it. I knew I had to phone the police.

I went home and told my wife: “I’ve found a human bone.” Her first reaction was: “Wow”, then: “You haven’t brought it in the house, have you?” But what else was I supposed to do? Leaving it where I found it wasn’t an option. I didn’t know if it belonged to a murder victim. I felt I had a responsibility to report it.

It was very strange calling the police. I told them I’d found a femur. A few hours later they arrived at our flat. They gasped when they saw it and said: “Yep, it’s human.” They wanted me to take them to where I found it, but when we got there, the tide was in.

The next day, a detective took a statement. We met on the foreshore and she had a look around. There weren’t any signs of other bones. They took the bone to be examined and carbon dated.

It took about five months to get the results. I was intrigued by what would be revealed. When the detective finally called, she asked me to guess the age of the bone. I said medieval or Tudor – I knew that in the old days, they’d chuck bodies overboard in the estuary if people died at sea to avoid bringing them to port.

The detective said it was from between 3516 and 3365BC, making it more than 5,000 years old. They don’t know the gender or age of the person, but it belonged to a Neanderthal.

I was gobsmacked. I couldn’t get my head around it. This person lived before Stonehenge or the pyramids were built. This area in west London would have been flat and marshy, with shingle islands. I was told that the lack of oxygen in the mud preserved the bone – but what made it rise to the surface now?

The police have no idea how it ended up in the Thames. There’s nothing sinister on the bone, so the detective said: “As far as we’re concerned, no crime has been committed. So it’s yours. Can you come and pick it up?”

I could have left it, I suppose, but I wanted to make sure the bone was looked after. I felt a responsibility – this person had lived in the same area as me 5,000 years ago. I signed a form to say it was mine. I wondered what to do with it. There’s a fragment of a neolithic skull at the Museum of London from the same period, so I’ve donated it to them and it may go on display in the future.

It feels like a one-in-a million chance to find something like this. I could have passed over the bone many times before. I go rowing often, so I wonder how all those things aligned on that day: that I put my boat in that particular bit of water and it was so clear. And while I’m not a traditional mudlarker, whenever I go out with the boat at low tide I’m always looking for anything unusual. You never know what you might find.

As told to Sophie Haydock