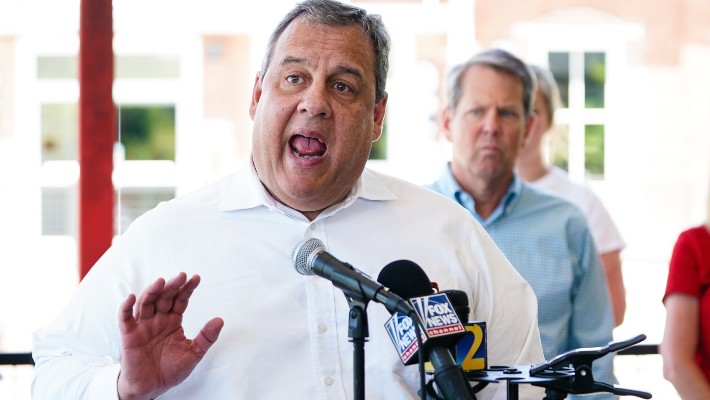 As Dr. Oz continues to trail behind John Fetterman in the Pennsylvania race for Pat Toomey’s open senate seat, even Republicans like Chris Christie can’t help but troll the TV doctor. While entertaining the crowd at a Garden State business convention, the former New Jersey governor took a noticeable jab at Oz’s residency woes that have plagued him ever since he narrowly won the GOP primary.

“I defend Dr. [Mehmet] Oz because he is a longtime New Jerseyan — problem is he’s running in Pennsylvania,” Christie joked to the crowd. While the quip might seem like some good-natured ribbing, it’s the last thing Oz needs right now as his outsider status continues to dampen enthusiasm for his campaign. (The whole crudités debacle didn’t help on that front either.)

However, Oz wasn’t the only one to get roasted by Christie. The former governor also took aim at Donald Trump. Although, Christie’s barbs were less playful banter and more a condemnation of Trump’s recent remarks that he can declassify documents with his mind.

“We have a former president of the United States who [went] on national television last night and said ‘I declassified the documents thinking about it,’” Christie said, mocking Trump’s defense against allegations that he illegally took classified documents from the White House. “Imagine all I could have accomplished if I only knew that I didn’t actually have to do it. I just had to think about it — this is a credible candidate for 2024.”

Christie, who was clearly in the bomb-throwing mood, took things a step further by calling out Republicans who continue to back Trump.

“There is a sector of our party, which cannot find themselves genetically unable to not defend Donald Trump,” Christie said. “This is a disaster. It’s bad for the country.”