Citroën announced today that it has partnered with Italian coachbuilder Caselani to turn the Berlingo into an homage to the 2CV Fourgonette. The result is a retro-bodied work truck, with production to kick off on October 1.

“We are extremely proud that our best-selling Berlingo has been revisited by Caselani, drawing inspiration from the iconic 2CV Fourgonnette, which left its mark on both Citroën’s history and that of the automotive sector more widely,” said Pierre Leclercq, the head of styling for Citroën. “Work on designing it got underway in the coachbuilder’s studios. We then worked together, hand-in-hand.”

The Citroën 2CV Berlingo Fourgonette takes inspiration from the 1951 utility van that was based on the legendary 2CV. That means that the Berlingo got a new grille, bumper, and wheel arches, all made out of fiberglass. The V-shaped hood, meanwhile, pinches near the front, to use Citroën’s phrasing, and the round headlights sit proud of the hood, much like on the original truck. 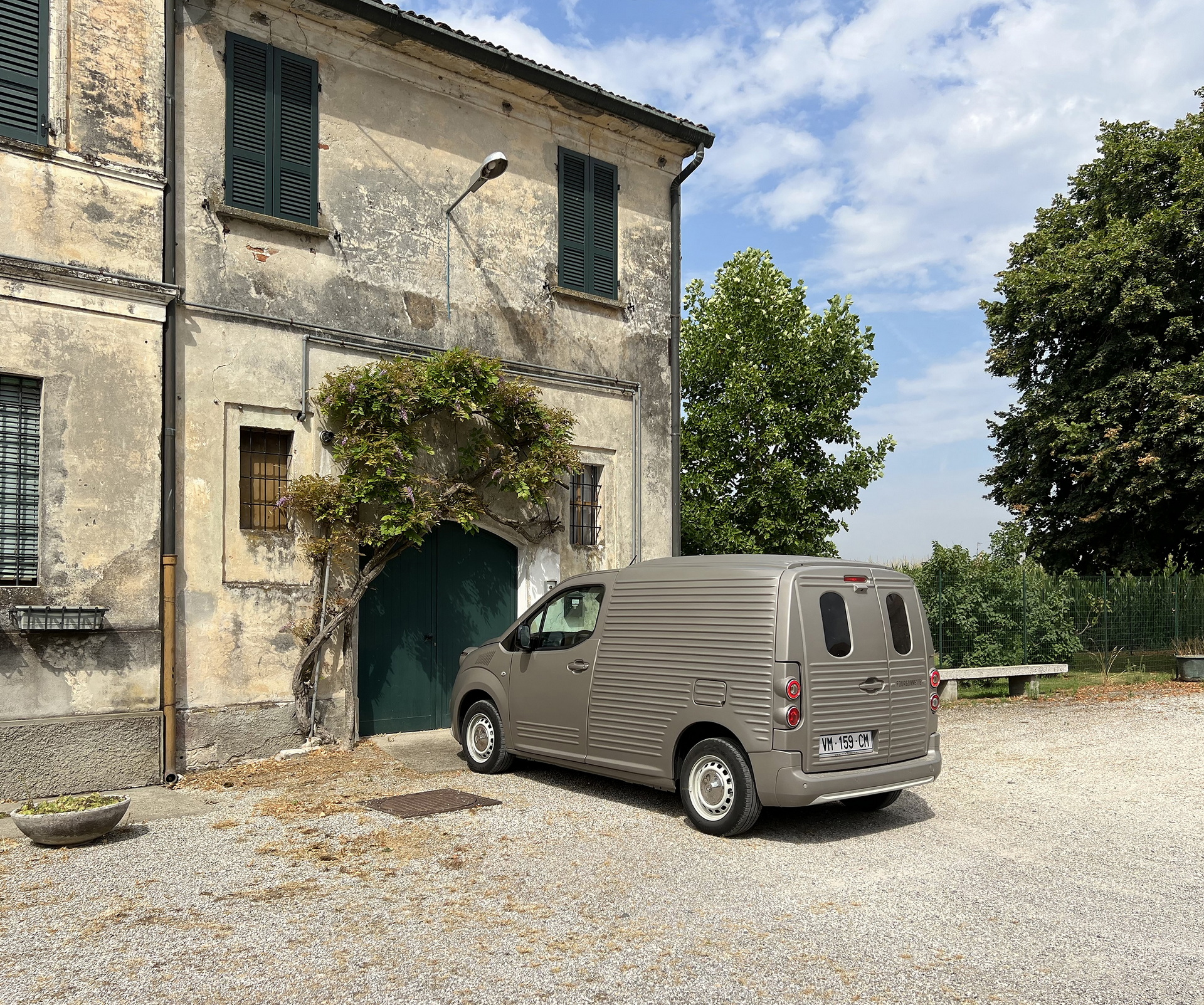 Although the 2CV’s bumper was chrome plated, Citroën and Caselani decided to paint this one white, in order to contrast the silver bodywork. The automaker says that this “emphasizes the protective nature of the component, while at the same time investing it with a certain modernity.”

Farther back, the sides and roof have been rebodied to emulate the corrugated sheeting of the original vehicle. Originally designed to make the structure more rigid, the ridges are now purely decorative.

Small oval windows were installed at the back to recall the original 2CV, but the thick seals around them have been removed to give the Berlingo a more modern look. And that was a theme throughout the vehicle. Citroën and Caselani tried to respect the past, without becoming too wrapped up in copying the original vehicle too precisely.

“The design specifications did not involve simply copying the forms of the old van in the strictest sense,” said David Obendorfer, a designer at Caselani. “Instead, they involved going back in time and bringing its unique charm to 21st-century vehicle. As a distant descendant, Berlingo was completely designed as a tribute to the Citroën 2CV of the 1950s.”

And despite looking old-timey, the 2CV Berlingo Fourgonette is pretty practical with 4.4 square meters (47 square feet) of load space (around three times more than the old van) and up to a tonne of hauling capacity (four times more than the original could). Available with gas, diesel, or electric powertrains, Caselani’s retro-bodied Berlingo can be applied to any version currently available.