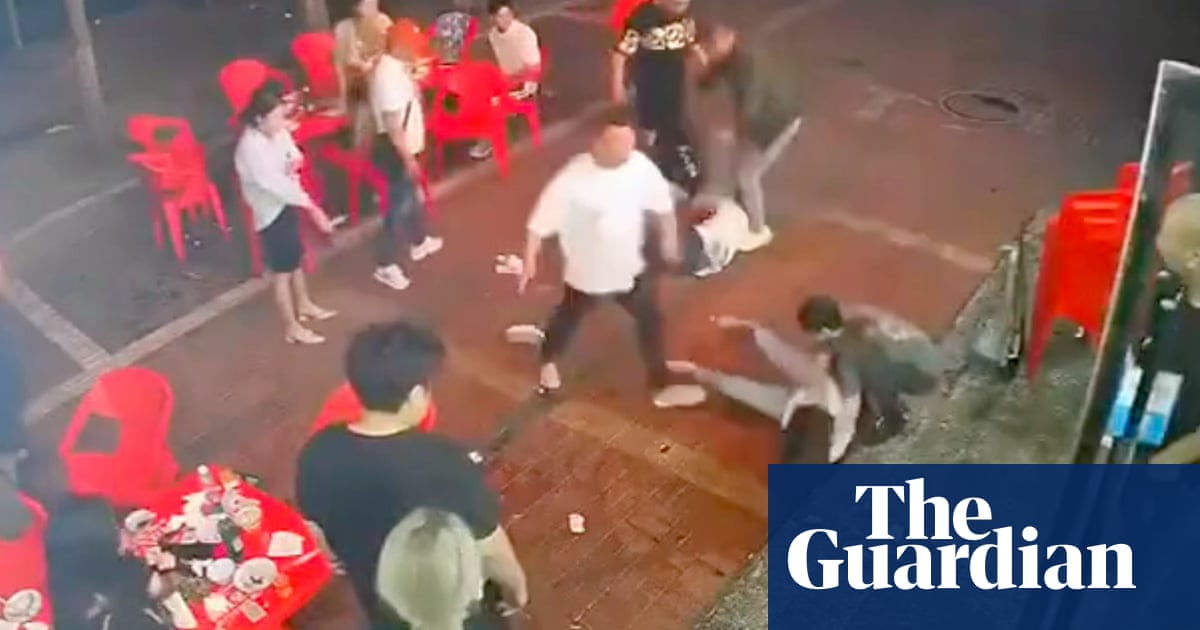 The main perpetrator of an assault against a group of women at a barbecue restaurant in China has been sentenced to 24 years in prison, after the case sparked a national debate over gender-based violence.

Chen Jizhi started hitting the women after they rejected his “harassment” in the early hours of 10 June in the city of Tangshan in Hebei province, east of Beijing, the court said in a statement.

When the women resisted, Chen and a group of his friends attacked them with chairs and bottles, the court said, the four women suffering “light” injuries.

The authorities have painted the incident as a gang-related crime, despite calls for a reckoning over violence against women after footage of the attack was widely shared.

Viral online essays criticising the attack as symbolic of the country’s larger problem of gender-based violence were censored.

The court said a police investigation after the attack found that Chen had been the ringleader of a gang that “menaced the public” and that he had committed crimes including operating gambling dens since 2012.

Chen was found guilty of a list of offences including disorderly behaviour, intentional injury, robbery and “gathering a mob to fight”.

Discussions of feminism have grown in China, despite resistance, widespread censorship and patchy legal support for victims of violence.