GOOD Morning Britain star Charlotte Hawkins has led tributes to her late friend Cherry Valentine, as the Drag Race star died at the age of just 28.

It is not yet clear how Cherry – real name George Ward – died.

TV star Charlotte, 47, paid a poignant tribute to Cherry on social media as she shared a photo of herself with the star.

She wrote: “Very sad to hear that Cherry Valentine has died, aged just 28. We met back in June at Epsom – so full of life then, it’s hard to believe.

Meanwhile, Fiona Campbell, controller of BBC Three which broadcasts RuPaul’s Drag Race UK, hailed George and Cherry as an “inspiration” to so many.

She said: “We are all shocked and heartbroken to hear the news of the passing of George, known to many as Cherry Valentine. 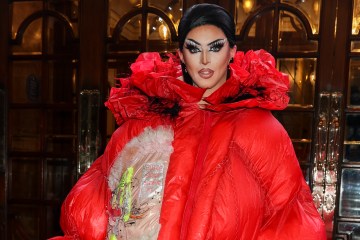 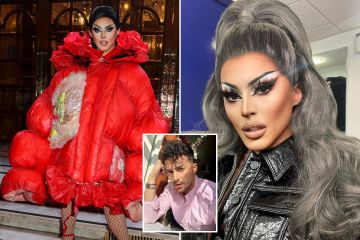 “A fan favourite and an inspiration to so many, we were privileged to have worked with him at BBC Three.

“He will be hugely missed by his many fans and friends. Our deepest sympathies are with his family and friends at this difficult time.”

George, who died on Sunday, appeared on the second series of RuPaul’s Drag Race UK, before launching a TV career and fronting the BBC documentary Gypsy Queen And Proud.

Tributes from fans have poured in following the star’s passing, and Drag Race stars, too, have shared their heartbreak.

And series one star, Cheryl Hole, wrote: “I never thought I’d have to write something like this about such a talented and beautiful person that was Cherry.

“We have lost an incredible queen and I’m honestly devastated! RIP @TheCValentine I LOVE YOU.”

Ellie Diamond, who starred alongside Cherry in Drag Race, paid tribute too, writing: “

I am so sad to even begin thinking about posting this! Cherry brought so much life and laughs to whatever situation!

“Always someone who was caring and loving, her laugh lightened up a room like fireworks and will forever have a cherry red place in all our hearts! I love you my sister you will be missed!”

One fan taking to social media wrote: “We are utterly heartbroken to hear the shocking news that Cherry Valentine has died.

“As we try and process this news, our first thoughts are with their loved ones. Sending our love and condolences to their family and friends.”

Another shared: “Rest in peace Cherry Valentine, you were a light and an inspiration for so many people and your artistry and legacy will live on forever.

“You’ll always be a legend, and every day we will celebrate you for your contributions to the world.”

Revealing the news of his death, his family said in a statement:  “It is with the most heart wrenching and deepest sadness to inform you that our George – Cherry Valentine – has tragically passed away.

“This will come as a profound shock to most people and we understand there is no easy way for this to be announced.

“As his family, we are still processing his death and our lives will never be the same.

“We understand how much he is loved and how many lives he has inspired and touched.

“All we ask is for your patience and your prayers in this time.