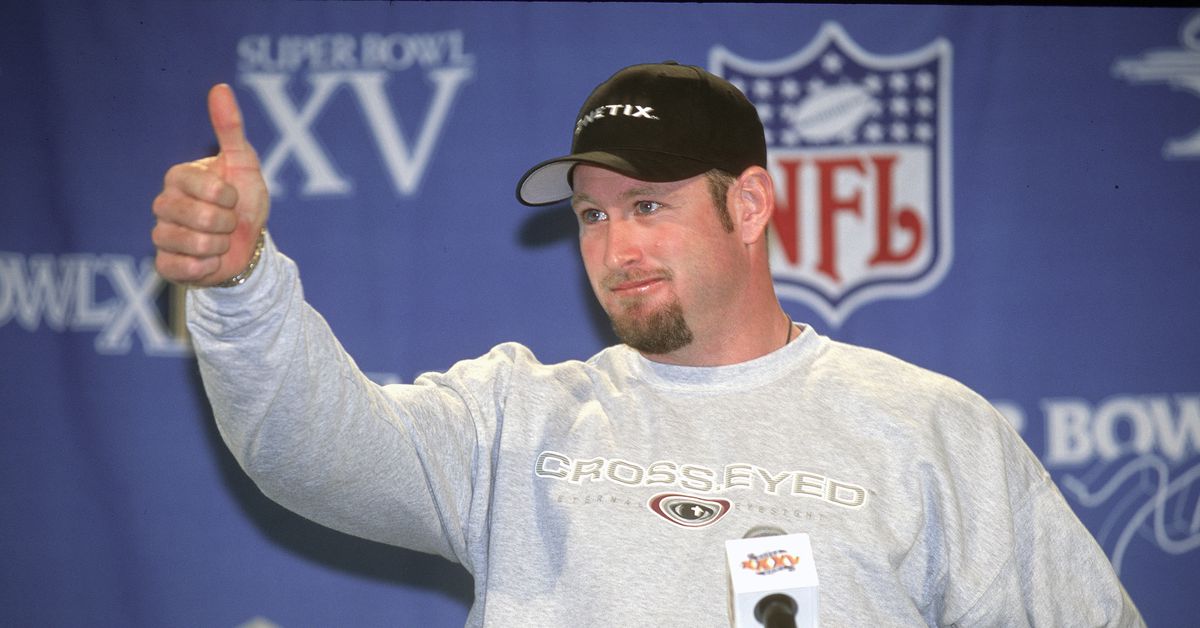 Sports are weird. It might be the only world where a narrative can be built, and told over and over again, while nobody seems to bat an eye.

There are a lot of dumb ones out there that I don’t let bother me. Things like “bad officiating cost this team the game.” OK, to be honest, I do let that one affect me from time to time. By time to time, I mean nearly every week. Still, there’s one narrative that is by far the worst of them all. It’s one that frankly makes no logical sense, and can actually be dangerous.

Look, I get it. I’ll preface this whole thing by saying that I know quarterback is the most important position. A good quarterback can make the difference between a good team and a bad team, but so can a good linebacker or a good left tackle. We’ve literally seen NFL teams win the Super Bowl with guys whose best attribute is that they have an active pulse. Hi, Trent Dilfer. Anyhow, today I want to get into the big reasons why we just have to stop assigning quarterbacks a win/loss record.

Alright gang, let’s dumb down football to its bare bones, shall we? A football team has 53 players on it, and there are three phases to the team. Every unit has a job.

First you have your offense. They have to work together as a unit to move downfield to score. The quarterback has to have guys capable of blocking long enough for a play to develop, receivers to run the right routes and catch the passes thrown or a run game to hand the ball off to.

It’s just numbers at this point. There’s three units in football and the quarterback only plays on one of them. Why are we only blaming one player for the loss? The quarterback, much like Jonathan Moxon in Varsity Blues, is just one man. He literally just can’t do his job out there without someone to block, catch, or run.

There are so many examples that it’s not real

In 2020, Alvin Kamara had a Madden-on-easy type game against the Vikings when he ran for six touchdowns. In that same game, Drew Brees threw for 311 yards and two interceptions. Brees got the credit for the win.

In 2012 Matt Ryan threw for 301 yards and five interceptions against the Cardinals, and the Falcons still won 23-19 because Matt Bryant nailed three big field goals, the defense ran a fumble back to the house and Michael Turner scored. Matt Ryan was credited with a win for this game.

Ryan Lindley once threw for 104 yards and an interception in a 38-10 win over the Lions. Why is Lindley getting credit for the win when he simply existed for four quarters?

It’s not just wins though. There’s an issue with losses too. In 2011 Matthew Stafford threw for 520 yards and five touchdowns against the Packers, and the Lions still lost that game because Matt Flynn did the football equivalent of Mario stepping on a super mushroom and threw for six touchdowns. It can’t be Matthew Stafford’s fault that the Lions lost this game.

Patrick Mahomes threw six touchdown passes against the Rams in 2018, and the Chiefs still lost because the defense allowed 54 points. What more could you ask these quarterbacks to do to help their teams win? Why should they shoulder the blame for the losses?

These aren’t just cherry-picked ideas. You’ll see more and more of this type of thing happen every year.

Why is this a problem?

It’s a problem for three reasons. The first is that because franchises base their teams’ success so firmly on quarterbacks that they tend to ignore everything else.

Sam Darnold is a perfect example. Darnold is not good as we know him, but he’s not the worst either. Darnold is a classic example of why thinking the quarterback will solve all your problems is effectively adding another problem.

The Jets took Darnold with the third pick in 2018 and then proceeded to do nothing to help him succeed. During his three-year tenure with the Jets, the team’s defense was ranked fourth, 17th and seventh in the league in points allowed. His run game was 26th, 31st and 23rd in scoring on the ground, and his best receivers during this time were Robby Anderson and Jamison Crowder — neither of whom were able to come near the 1,000-yard mark or score more than six touchdowns in a season. Lastly, he had three different head coaches during that time.

All of that goes wrong around Darnold, and he’s the one who takes all of the blame. Not the Jets, who didn’t develop him well enough, didn’t surround him with players to help him be successful and changed his coaches three times in three years.

This happens to a different guy or guys every year. A player with potential is thrown away by a team that did nothing to help him, and he’s deemed a bad product by the league and the fans even though he didn’t do it alone. No quarterback does, even if it may seem like he does sometimes.

Then there are the teams that buy quarterbacks based off a good performance. Matt Flynn made almost $20 million off that six-touchdown game against the Lions because general managers believed he could duplicate that performance.

Almost every time that happens, it pushes aside a young quarterback who could be a future starter if developed correctly.

Lastly, the pressure that comes with this puts quarterbacks in the position where they feel like they need to play through injuries in order to stay on the field and help their team win. If you’re a quarterback and you get a concussion during a four-game losing streak, the fans and the franchise are clearly going to see you as the issue. That’s the type of thing that might make a player lie about their injury in order to stay on the field and chase a win and keep their job.

Quarterbacks don’t win and lose games on their own, so let’s stop acting like quarterback wins and losses are a stat that matters.