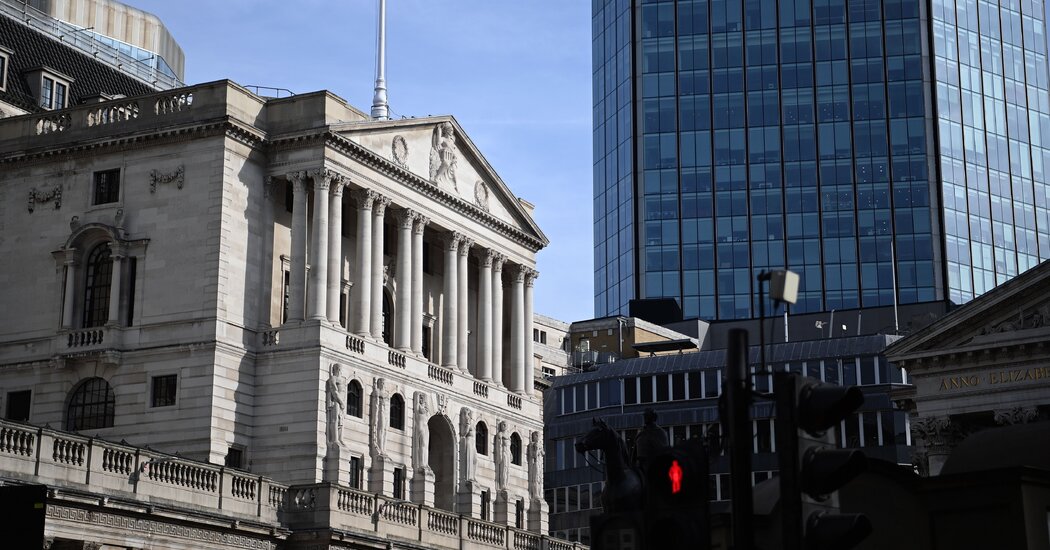 Britain’s new government announced a sweeping series of tax cuts on Friday, betting it had found the path to economic growth despite high inflation.

But the market verdict was swift and negative: The value of British stocks, bonds and the pound sank to new lows against the U.S. dollar, not seen since 1985.

The plans will require large increases in government borrowing and have raised expectations that the Bank of England will need to raise interest rates even more aggressively to stop inflation. This will add even more to the cost of these tax cuts and previously announced spending plans to shield households and businesses from the soaring cost of energy.

After the announcement by the new chancellor of Exchequer, Kwasi Kwarteng, the FTSE 100, Britain’s benchmark stock index fell more than 2 percent.

But the most eye-catching market moves were in British government bonds and the pound.

Bond yields, a measure of borrowing costs, shot higher, which will make the interest the government pays on the new debt it issues much more expensive. The yield on benchmark 10-year government bonds climbed to the highest since 2011. And the yield on the five-year bond rose by more than half a percentage point, to 4.15 percent, a huge move in a market where daily changes are typically measured in hundredths of a point.

“In what has already been a weak period for government bonds thanks to global inflation and central bank rate hikes, the U.K. has stood out as an underperformer,” he added.

“Concerns over the U.K.’s fiscal position combined with its recessionary outlook and extremely high level of inflation leave the pound extremely vulnerable,” analysts at Rabobank wrote in a note.

Mr. Kwarteng outlined the government’s plan in a statement to a packed Parliament, promising to accelerate economic growth with a combination of tax cuts and deregulation that echoed the 1980s under Prime Minister Margaret Thatcher. But the emphasis on lower taxes for companies and workers comes as the government prepares to spend £60 billion over the next six months to subsidize energy costs for households and businesses, the first phase of an expansive plan to freeze the cost of gas and electricity for consumers.

“The markets react as they will,” Mr. Kwarteng said in the House of Commons on Friday. “But the growth plan will very soon show we are on the right course and we are steering us to a more prosperous future.”

Investors had already appeared anxious about Britain’s fiscal state before the details of the new government’s plan were unveiled by Mr. Kwarteng. Britain’s budget and balance of imports and exports make the country dependent on what a previous central bank governor called “the kindness of strangers” to finance economic plans.

“Sterling is in danger,” warned analysts at Deutsche Bank, who have been fretting for weeks about investors losing confidence in Britain and being unwilling to finance its current account deficit. “We worry that investor confidence in the U.K.’s external sustainability is being eroded fast. And the only thing that can prevent the pound from weakening is a very aggressive Bank of England hiking cycle.”