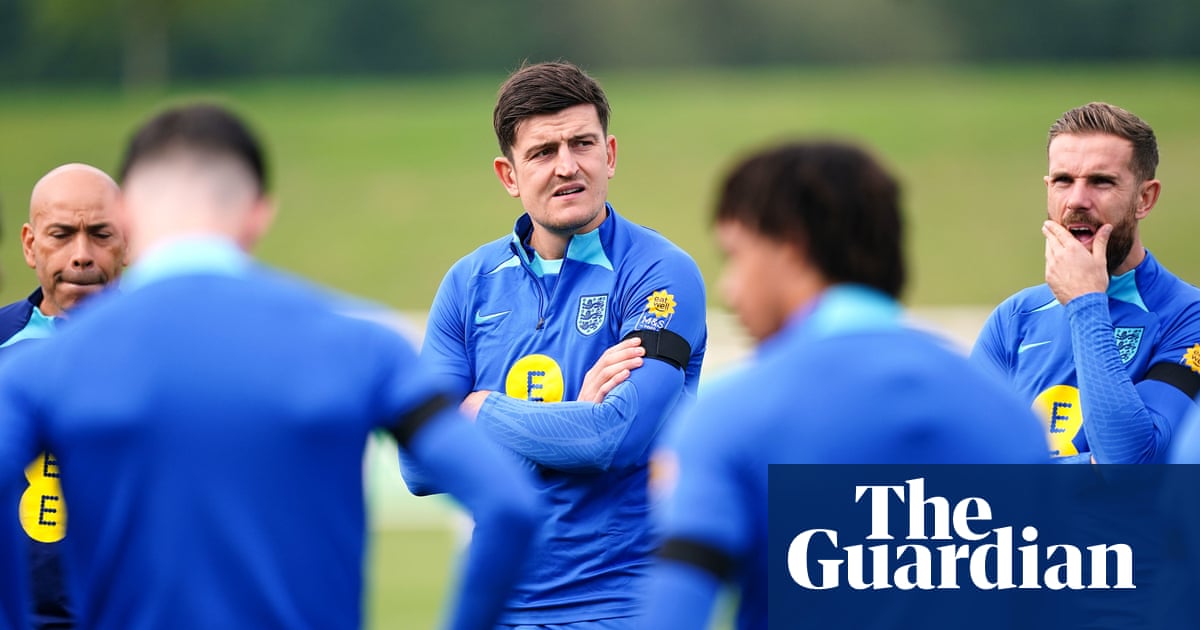 Gareth Southgate has offered his full backing to Harry Maguire as he prepares for Friday night’s Nations League tie here against Italy and the first opportunity to move on from June’s terrible start in the competition – when the England manager admits that he made mistakes.

Southgate’s team lost 1-0 in Hungary – only their second loss in 23 matches; the other had come on penalties against Italy in the Euro 2020 final. And then, after draws with Germany and Italy, they slumped to a 4-0 home reverse against Hungary, when Southgate was jeered by the crowd at Molineux.

Southgate said he had lacked ruthlessness and made compromises which he regretted, suggesting the team’s previous excellent form had taken the edge out of the environment.

But he was most interesting before the return fixture with Italy when he discussed Maguire who, after a poor season last time out, remains out of touch and under unforgiving scrutiny. The Manchester United captain has now lost his place at club level.

Southgate made the point that the situation could not go on forever, with the World Cup looming at the end of November. After Italy, England play Germany at Wembley on Monday and then it will be their opening World Cup tie against Iran.

But Southgate drew a parallel from the rugby world when he remembered how the England head coach, Eddie Jones, had stood by his Saracens stars when they were not playing at the required level after the club’s relegation in 2020.

“Eddie felt they were his best players and, although they were undercooked, they were still going to be better than players that weren’t at the level,” Southgate said. “Clearly, it’s not an ideal situation [with Maguire]. We’re only a few weeks on from pre-season so, physically, if they’ve had a few 90 minutes, that’s fine. Another seven to eight weeks, that does start to become more complicated.

“But he is an important player for us and it’s important to back our best players. Whatever reputation I have, I’m putting it on there. He is our most dominant aerial centre-back. Him and John [Stones] are incredible with the ball – the amount of pressure they have taken for the team in tournaments because we don’t always have that midfield pivot player who can progress the game. It means there is a huge amount more pressure on our centre-backs to use the ball well and those two are as good as any in world football at doing that.”

Southgate, who is expected to revert to a back three at San Siro, stepped away from saying complacency had been an issue in June, that he had become comfortable. But the words did not seem completely inappropriate.

“We were 22 games without a loss [apart from the penalty defeat against Italy] and for everybody you think that’s just going to continue and maybe you are not quite as ruthless on certain decision making,” Southgate said.

“I compromised in one or two things. When you have a difficult run it hardens your resolve. We are very clear on why those things happened and what needs to happen to put those things right.

“Every manager makes mistakes. Every manager reflects. I am not saying I was comfortable. I was saying generally at times, when you are on a big run, you don’t dig as deep into what could be ahead and what could go wrong. The summer was really complicated but we reviewed everything and there were things we should have done better. Quite often when you win some of those things are still going on but you don’t review it with the same intensity.”