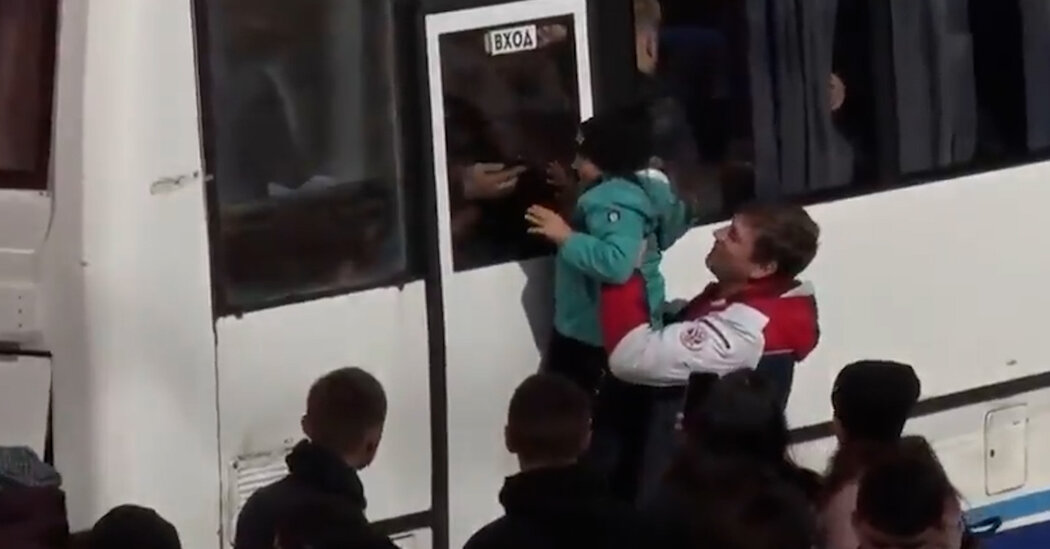 After Mr. Putin’s speech Wednesday, a backlash did indeed burst into the open, though there was no immediate sign of a nationwide anti-draft movement emerging. In the city of Baksan in the North Caucasus region of Kabardino-Balkaria, more than a hundred people gathered near the city administration to protest the conscription of their loved ones, said a local activist who asked that his name be withheld for his security.

“Kabardino-Balkaria, like the rest of Russia, woke up yesterday in horror,” Ibragim Yaganov, an activist from the region who is now in Poland, told The Times. “The war, which was somewhere far away on TV, suddenly came to people’s homes.”

At the United Nations on Thursday, insults, accusations and talk of war crimes flew as the Security Council met. The meeting was called to discuss evidence of war crimes and human rights abuses by Russian forces, but Russian diplomats tried to flip the narrative, casting Russia as the aggrieved party.

The Russian foreign minister, Sergey V. Lavrov, claimed that Ukraine had launched “an assault” on ethnic Russians in the Donbas region, and said the goal of countries supplying weapons to Ukraine was to prolong the conflict and “to wear down and weaken Russia.”

The U.S. secretary of state, Antony J. Blinken, said, “Tell President Putin to stop the horror he started.” It was the first time before the war that he and Mr. Lavrov were in the same room together.

In Moscow, where OVD-Info reported 538 arrests at antiwar rallies on Wednesday, the authorities came up with a novel way to discourage protests: handing draft summonses to protesters. They did so in at least six Moscow police stations where antiwar protesters were taken, according to OVD-Info.