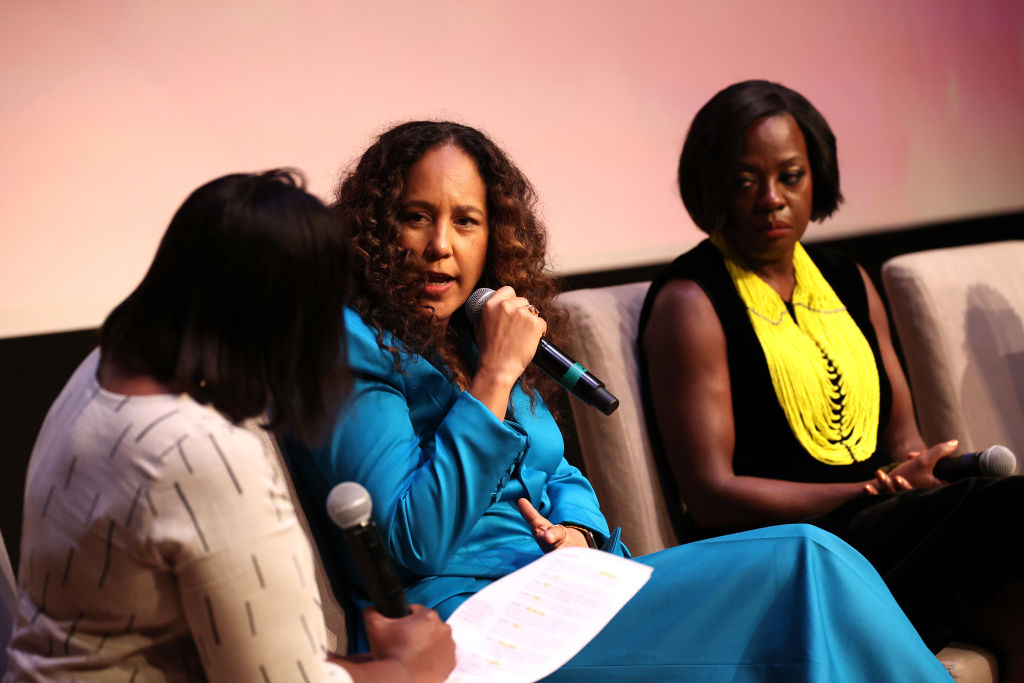 “The Woman King” was the number one film in theaters on its opening weekend but the movie hasn’t escaped controversy around the way the slave trade is depicted in the film.

Global Grind Sr. Content Director Janeé Bolden sat down with ‘The Woman King’ director Gina Prince-Bythewood to discuss the way Dahomey’s role in the slave trade was portrayed in the film.

“This is a historical epic,” Gina Prince-Bythewood told Global Grind. “It’s not a documentary, but it is based on truth and fact, and so for me and Viola [Davis] and everyone, let’s tell the truth about this kingdom. But we’re also focused on these incredible women, which was also the truth, and who they were, and their fight to change what was happening within the kingdom. It is a sad reality, certainly, that this type of thing was happening globally, not just in Africa but everywhere.”

“But for here, our history is so often ignored and forgotten,” Prince-Bythewood continued. “So let’s tell our history in all of its complications, but also in all its glory and beauty which is something people just don’t think about and forget. People think we are just one thing. But we’re not. We truly do come from warriors and kingdoms and that’s what we wanted to portray.” 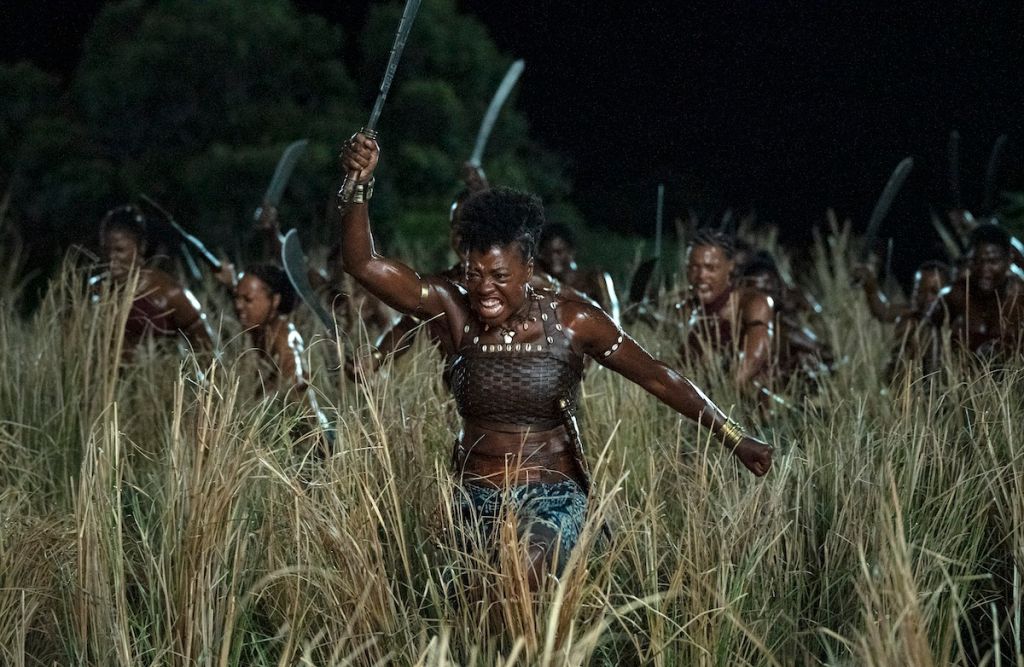 Prince-Bythewood also spoke about her work as a female director and the physical training she underwent alongside her actors ahead of the film.

“My body of work has been putting Black women up onscreen, but it’s never been like this,” Gina Prince-Bythewood told Global Grind. “When I got this job we were still fighting for the green light to get that final say of ‘Yes you’re gonna make this film and the thing that drove me every day in that fight, was envisioning being surrounded by us in such a way and saying action for the first time. I know the experience was for me incredibly beautiful. And for these actors, the safety that they felt. It was amazing, it was beautiful, it was joyous, it was hard. but the passion of everyone to tell the story. To be in South Africa, on the continent to tell the story. Feet in the soil, in touch with your ancestors, that was the vibe every single day. I’ll never forget it. It was absolutely life-changing.”

As for putting in the physical work for the film, Bythewood-Prince said she was well aware of the work her cast had to put in — because she trained with them!!!

“Foremost, when I ask actors to do something, I do it with them because I want them to know, yes it’s hard but I’m here with you,” Prince-Bythewood said. “Also, I train before every movie because you need that incredible stamina to get you through. Then it’s free training. Of course, I’m going to take advantage of free trainers and equipment.” 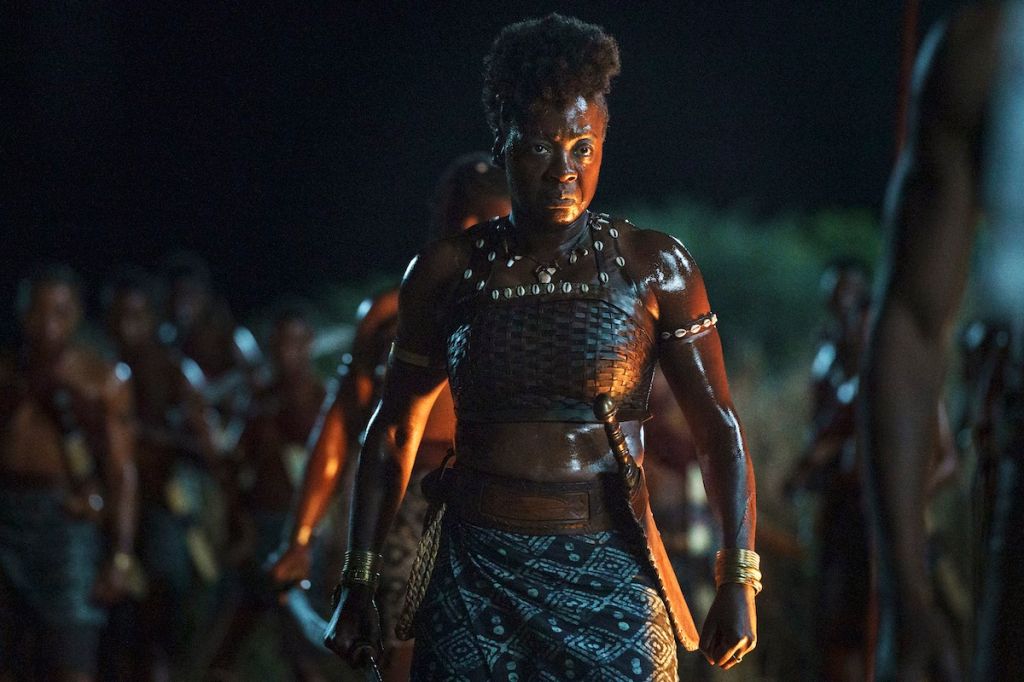 One of our favorite things about “The Woman King” was the way song and dance was incorporated into the film. Gina Prince-Bythewood gave us the scoop on how important music and performance became to the production.

“The beautiful thing about this film when I dove into the research, is I knew about the fighting, I knew how hard they trained, literally 24/7 but I also realized how important dance was and singing was as well,” Gina Prince-Bythewood told GlobalGrind. ”They created these elaborate dance sequences to honor each other, to get ready for war to honor the king… So I absolutely wanted to put that in this film. So now the actors not only had to train for fighting and stunts but also this incredible choreography, which always started on volume ten and stayed there. So the battle dance, which was an incredible day, certainly to shoot that, took months of training to shoot that. The singing took months of training. The dialect coaching. They had to do a lot but these actors, led by Viola, who sets the tone for everything, they all had the desire to be great and really put in the work.”

‘The Woman King’ is in theaters now.

Explainer: Why Are Critics Urging Viewers To Boycott ‘The Woman King’?

7 Black Women Action Heroes That Deserve To Be Celebrated 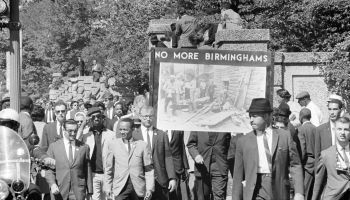