Porsche is celebrating the 50th anniversary of the legendary 911 Carrera RS 2.7 with a special exhibition at its Stuttgart museum.

The car we know today as the ’73 RS was unveiled to the world at the Paris Motor Show on October 5, 1972. Built to homologate Porsche’s newest racing 911s, it featured an air-cooled flat-six that was opened up from 2.4 liters to 2.7 liters and fitted with mechanical fuel injection which resulted in 207 hp (201 PS). 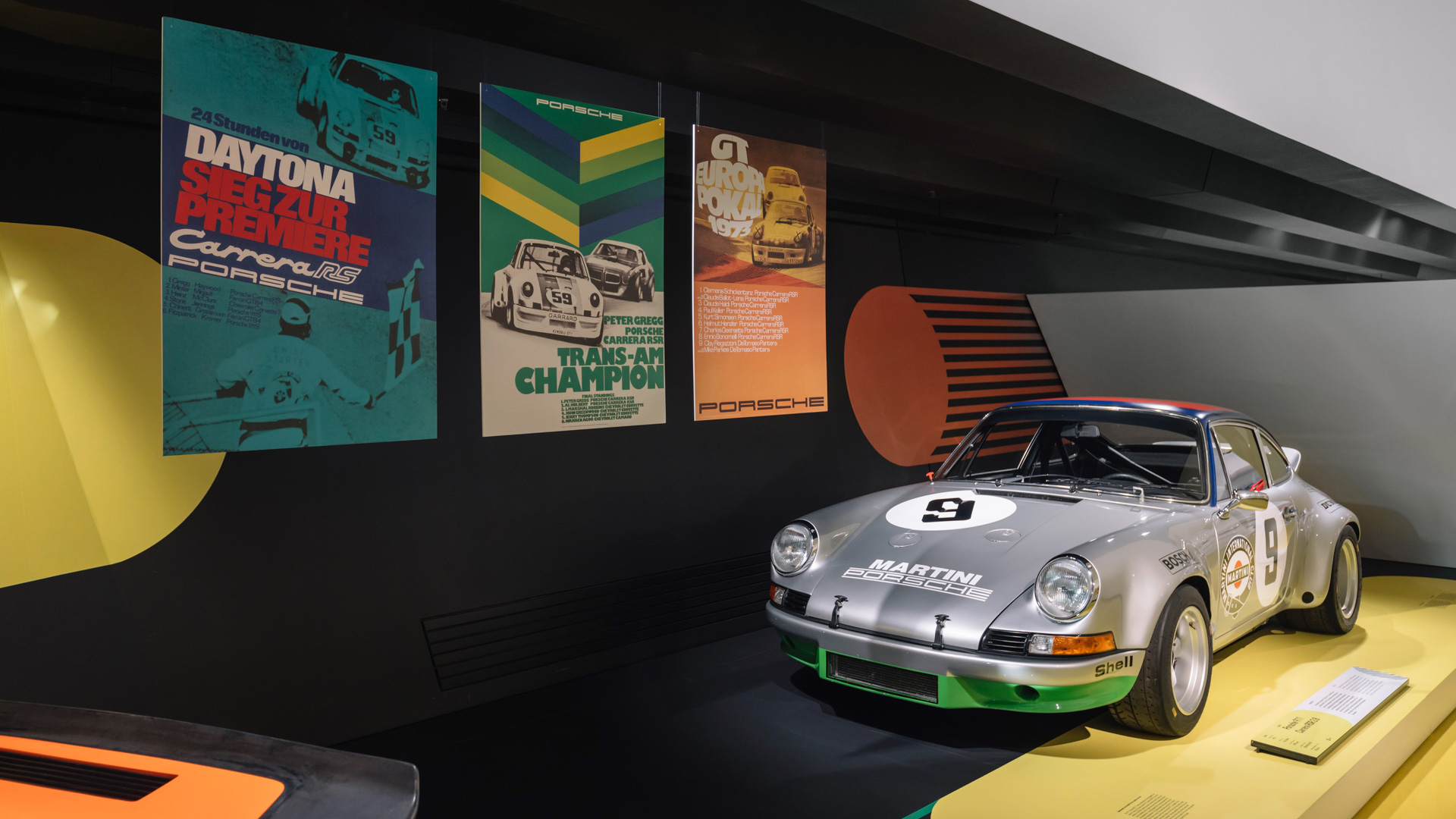 Porsche claims that the RS was the first series production car fitted with front and rear spoilers, but even discounting low-volume specials like the 1969 Dodge Charger Daytona and 1971 Aussie Ford Falcon GTHO Phase III, we suspect anyone who bought a 1970-72 Pontiac Firebird Trans Am, a 1971-72 Camaro Z/28, and probably one of several other cars, might care to disagree.

But the 911’s rear wing is certainly one of the most famous and recognizable fitted to any car (and potentially the most necessary) and Porsche still periodically revisits the design on its new cars, like the new 911 Sport Classic. It’s also regularly seen on updated 911s from the likes of Singer because, well, a 911 kind of looks bare without one.

The museum uses films, posters, brochures, period adverts and photographs to tell the story of the RS and its even wilder (and wider) RSR racing brother, though the stars of the show are obviously the cars themselves. Those include a yellow RS 2.7 in Touring spec and a little-seen metallic green prototype, plus you’ve got all the amazing other cars in the museum to enjoy. It’s an incredible place, and definitely worth a visit if you’re anywhere near Porsche’s German HQ.