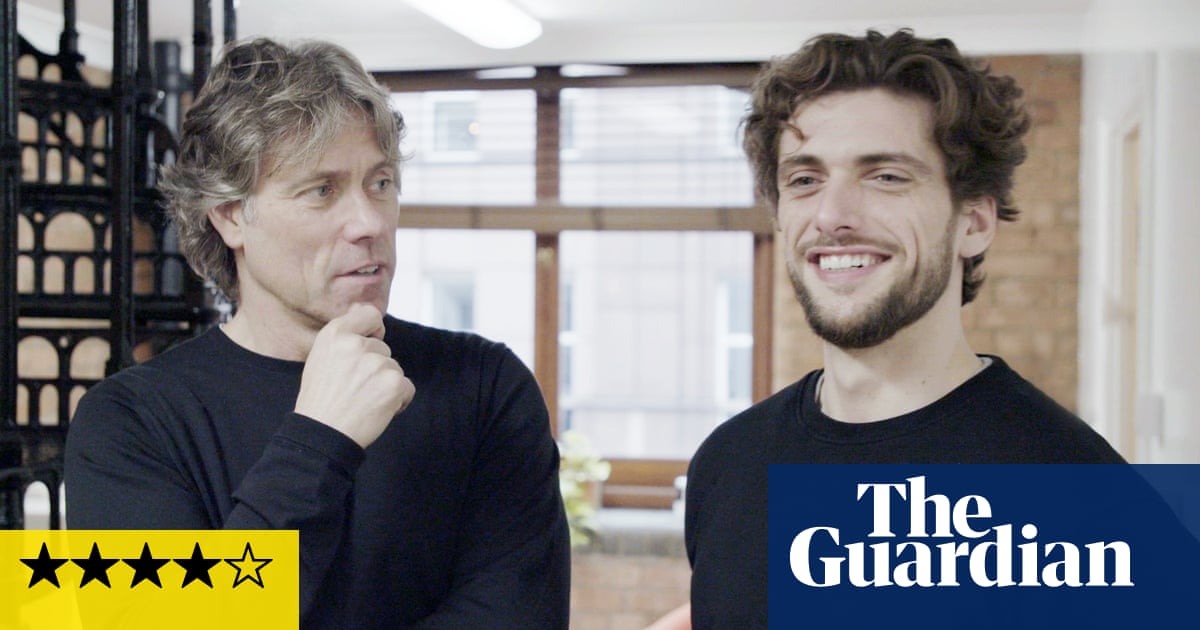 They’re a handsome family, the Bishops – comedian John, his wife Melanie and their 27-year-old son Joe. You would never know there was anything amiss. But there is, and has been since Joe caught a virus 12 years ago and developed Cogan’s syndrome. It’s an autoimmune disease that attacks – among other things – ear tissue. Joe lost a substantial part of his hearing overnight. The disease is progressive and it is likely that he will become completely deaf soon. He also suffers from tinnitus. “It’s loud at the moment,” he says during his first appearance on camera, “because I’m nervous.”

The ostensible subject of the hour-long documentary John and Joe Bishop: Life After Deaf (ITV) is John’s decision to start learning British Sign Language (BSL) to perform a comedy gig to a Deaf audience about his experience of life as the parent of a Deaf son. The real subject is the evocation and the beginning – just the beginning, but all the more moving for that – of those experiences.

Melanie is surprised that John has devised the plan, and that Joe agreed to join him for BSL lessons. “Joe’s never embraced anything about his deafness,” she says and it soon becomes achingly clear that the same is true of John. He didn’t want to introduce Joe to the community, he says. “I was scared of him becoming part of it because you’d have to admit he wasn’t going to get better … And I think we’ve all played with the idea that it’s just going to – go.” Tears threaten for the first but not the last time. On stage, old footage shows his transmutation between parent and performer. “My son lost his hearing as a teenager. It’s hard for a parent to know because teenagers just fucking ignore you anyway.”

Joe – and definitely Melanie – remember that John was away for the hardest, early days because Joe fell ill just as John’s career was taking off. “We’ve never sat down and had a heart to heart about it. Should have done as a child, but we didn’t. Twenty-seven is too late to go back over childhood events,” says Joe.

But it’s not, of course – especially when you can unite over a common project rather than face each other head-on. Over the weeks and months of the lessons and the conversations to camera, individually and together, an unexpectedly affecting portrait of their relationship – past (“Shouting and anger,” says Melanie, “out of fear”), present and suggestive of the future – emerges.

There is the sense that the shouting, the anger and the fear have dissipated rather than been purged or processed. Like most families faced with sudden illness or disability, they did the best they could in a crisis with the tools at their disposal, putting everything into finding a diagnosis – which took years – and trying to adjust every time a new piece of the puzzle slotted into place. Joe’s adolescence, when he would doubtless have butted heads with his father anyway, and John’s career added their own complications. Only now does the family – whose love for each other is unspoken but palpable throughout – have the mental and emotional resources to look around and see if a new set of tools might serve them better.

John and Joe’s first BSL lesson provides their first shared laugh. They are both embarrassed at the facial expressiveness required to accompany signing. But Joe is intrigued by the confident insouciance of their Deaf teacher, Bob. “He’s got a good vibe. It was nice to see. Because I’m not proud to not hear very well, to tell you the truth.” Standing a little behind him, John looks stricken. “Maybe,” he says later, without Joe, “if someone had given us a positive message earlier on we wouldn’t have done the things we’ve done … We can’t get those lost years back.”

As we watch Joe become involved via Bob and a Deaf pub night (“The image I’ve had of hearing loss is not people in a pub,” he says, looking round at all the young, signing people in wonderment) and a Deaf football team, the programme becomes a study not just of a family’s dynamic but of wider cultural attitudes, of how much of disability is socially constructed and how much power we have to embrace or reject different messages.

My preview copy does not contain footage of the signed gig John eventually does, but it hardly matters. Here, the personal – honest, open, clear-eyed testimony – gives way to the small-p political to produce an uplifting, thought-provoking piece that does absolutely everyone involved proud.