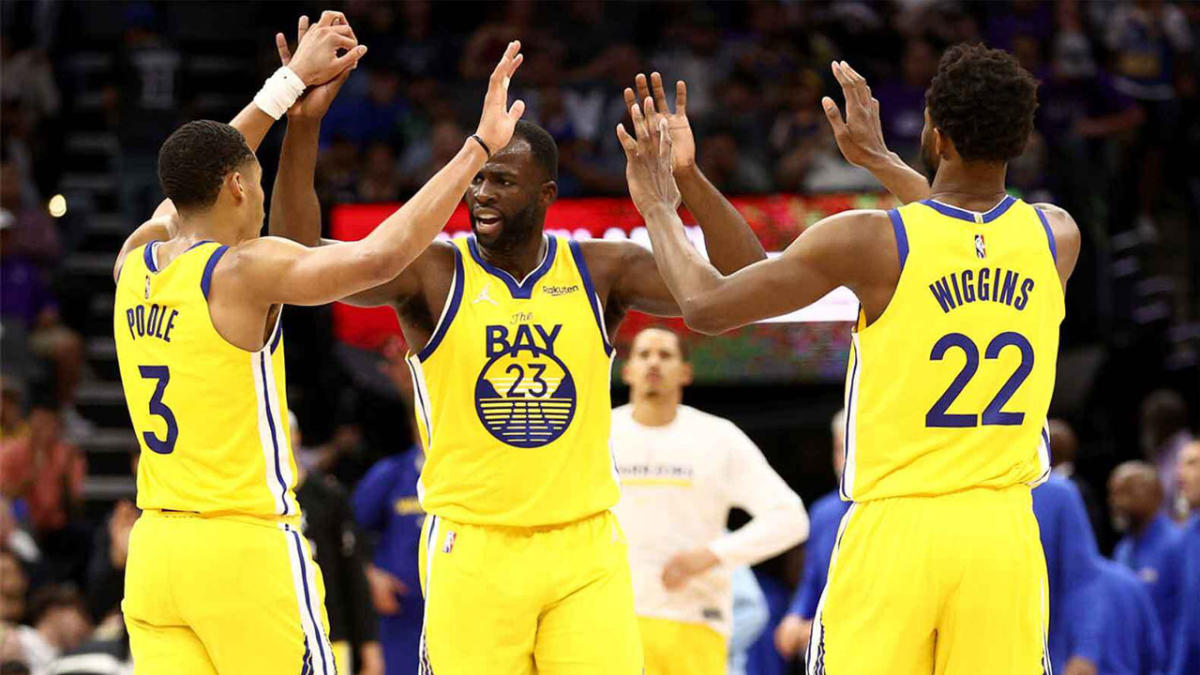 SAN FRANCISCO – The Warriors open training camp this weekend at Chase Center with three of their top six players entering their final season with the franchise.

The Warriors could create instant harmony by extending all three contracts in the coming weeks. That, of course, would obliterate the 2023-24 payroll.

“We want all those guys,” president/general manager Bob Myers said Thursday. “Can we get them all? I don’t know. It depends on what the money ends up being, what the ask is, what we can do. We are not at a point to make those decisions yet.”

Though Poole’s restricted status would allow the Warriors to match any offer he might receive, there is enough interest in securing the fourth-year guard’s future to negotiate with his representatives in the two weeks before the Oct. 17 deadline.

“Where that will go, I don’t know,” Myers said. “I know that they want to meet, and I know we want to meet.”

The Warriors consider Poole, 23, a cornerstone of their future. He’s the first of their under-25 players to exhibit NBA All-Star potential, and he’s playing behind 34-year-old Stephen Curry and 32-year-old Klay Thompson.

This gives Poole considerable leverage, whether it’s used in the next few weeks or next summer. He’ll make $3.9 million next season, but a big payday awaits after the season. The market for his rookie-scale extension has ticked above $100 million over four years and crept toward $120 million.

Green’s leverage is mostly in his accomplishments. He’s a three-time All-Star, four-time All-Defensive team selection, has earned four championship rings and is the team’s emotional leader. The Warriors surely will consider his physical sacrifices and the fact that he turns 33 next March.

Though Myers said he has been in recent contact with Draymond’s agent, Rich Paul, CEO of Klutch Sports Group, it’s also clear there is no urgency.

There is no looming deadline on an extension for Green, who will make $25.8 million this season and is set to make $27.6 million next season – should he opt into the final year of his contract.

Unless something changes before opening night on Oct. 18, the Warriors likely will wait until after the season to address Draymond’s future.

That’s the likeliest scenario for Wiggins, too. He’ll make $33.6 million in the final year of his contract. Should he have a second consecutive All-Star season, he’ll be seeking a raise. At 27, he’s in his physical prime.

The biggest factor in Wiggins’ future with the Warriors is not his performance but what the Warriors see from young players like second-year forward Jonathan Kuminga and rookie Patrick Baldwin Jr.

“I can sit here and say, we want this, we want that,” Myers said. “Some of these decisions may be made in the next two weeks and some might be made in seven, eight months. The information that we have then will be helpful as far as making those.”

If the Warriors like the progress of the Kuminga and Baldwin, it’s practically a given that Wiggins won’t be with the team in 2023-24.

If Draymond is not extended and the front office really likes what it sees from Kuminga and Baldwin, it could impact negotiations with his representatives.

What rings clear is this: Chances of re-signing Green, Wiggins and Poole, no matter how great the desire or the timing, is minuscule – if not altogether out of the question.