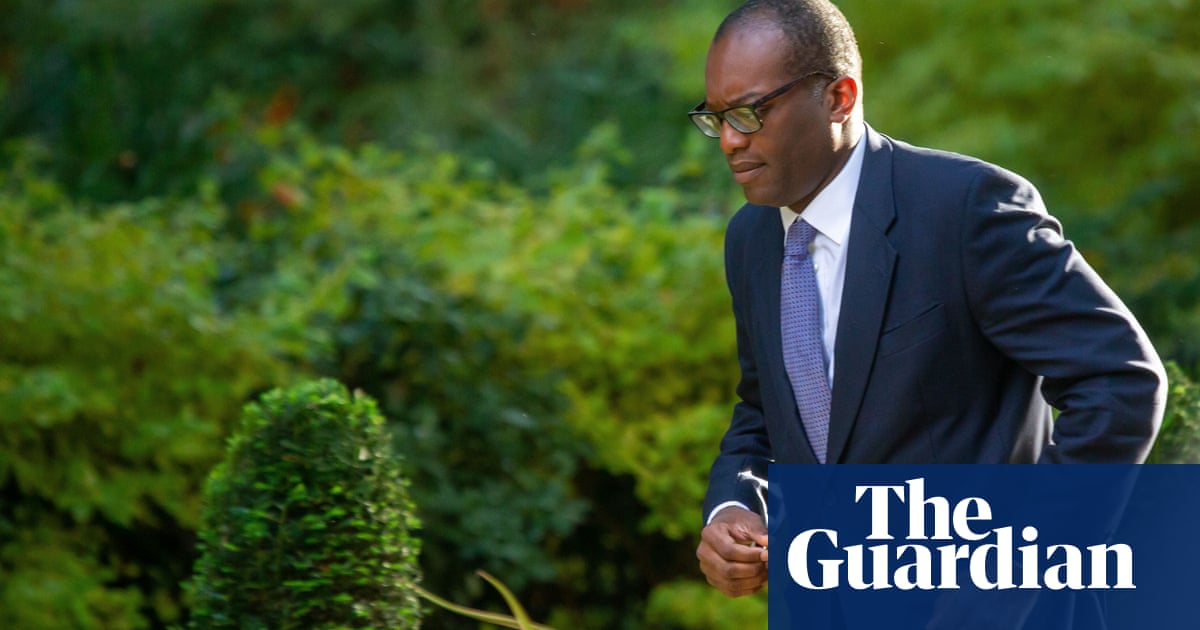 The chancellor, Kwasi Kwarteng, stands up in the Commons on Friday morning to reveal his “emergency budget”. Here’s what we know so far:

What has already been announced?

Growth targets
Kwarteng’s message is that Britain can grow at a faster rate if the private sector is freed from onerous taxes and regulations.

The chancellor claimed this week it was possible to raise the trend growth of national income (GDP) to 2.5%, if his plans are implemented. During the last 12 years of Conservative administrations, GDP growth has averaged close to 1.5% and wages for most workers have stagnated.

The Institute for Fiscal Studies (IFS) thinktank said there was little evidence that tax cuts and deregulation offered a “miracle cure” for boosting growth. It said ahead of the mini-budget that “plans underpinned by the idea that tax cuts will deliver a sustained boost to growth is a gamble, at best”.

Energy bill support
An emergency price cap for the next two years of £2,500 on the average household’s annual energy bill was announced by Liz Truss in the first week of her premiership.

It was accompanied by a freeze on bills for businesses that will last a least six months, details of which were set out on Wednesday. Truss said she would limit companies’ energy costs to £211 a megawatt hour for electricity and £75 for gas, about half the wholesale market price.

Most analysts have forecast that the government will need to spend more than £100bn on the household cap. The bill for protecting businesses could cost up to £50bn. Both bailout schemes could prove to be more expensive if the Ukraine war worsens and gas prices blow out from today’s £424 a therm, though the cost to the Treasury could fall if wholesale gas prices continue to slide from a peak above £700 per therm in August back towards their pre-pandemic level of £30 a therm.

National insurance
The Treasury announced on Thursday that the 1.25 percentage point increase in employee and employer national insurance contributions, introduced by then chancellor Rishi Sunak from 6 April to fund health and social care, will be reversed from 6 November at a cost of £13bn. The increase in the threshold for paying employee NICs established by Sunak, handing £330 to all NI payers, will remain, at a cost of £6bn.

What can we expect on Friday?

Further tax cuts
Kwarteng is expected to confirm that he favours a low and simple tax on business. The headline rate of corporation tax will remain at 19% rather than rise to 25% and Sunak’s planned accompanying investment reliefs will be abandoned.

Proposals to bring forward a scheduled 1p cut in personal income tax from 2024 to next year are understood to still be being discussed and the move may form the centrepiece of a full budget statement later in the year.

The IFS said a four-year freeze in the personal thresholds planned by Sunak would generate £1.5bn in its first year and £8bn year by 2025/2026. But with inflation well above estimates made last March, Kwarteng is understood to be preparing to scrap this measure.

Speculation that there will be a stamp duty cut to boost property transactions could be fleshed out. Estate agents said that if the policy focuses on cheaper homes, it will do little to encourage transactions in south-east England.

Unlimited bankers’ bonuses
A cap on bankers’ bonuses is expected to be lifted as part of wider moves to relax the City’s rulebook. Kwarteng and Truss believe London’s position post-Brexit needs to be enhanced in the eyes of the financial sector and with a bonus cap in place, top executives will refuse to relocate from Singapore, New York and Zurich.

Extra spending
Defence spending will increase from 2% of GDP to 3% of GDP over time, Truss said, adding £20bn-£30bn to government expenditure.

Extra spending on pensions and benefits, which are linked to inflation, and an estimated £18bn hole in public sector budgets, which is likely to increase once higher energy bills are taken into account, will add to the government’s financial commitments, the IFS said.

Fiscal rules
Sunak’s guiding lights were two rules governing how much he could borrow over a three year period. The first forced him to reduce public sector debt as a percentage of GDP each year. The second meant that “in normal times the state should only borrow to invest in our future growth and prosperity”.

Such is the scale of spending by Kwarteng, both rules will need to be redrawn.

Extra borrowing over the next two years is expected to exceed £200bn, pushing the UK’s debt to GDP ratio above 100%, most likely on a permanent basis unless the government’s belief in the growth-generating properties of tax cuts, which the IFS has described as a gamble, pays off.

Lack of official scrutiny
Kwarteng has blocked the independent Office for Budget Responsibility (OBR) from passing judgment on the impact of his mini-budget. The fiscal watchdog would usually provide a forecast for the likely increase in borrowing and tax receipts. There would also be a broader view of the economic impact and how much the economy will grow over the next five years.

The chancellor is known to have fumed about OBR assessments in the past, judging them too pessimistic about the power of tax cuts to improve long-term sustainable growth rates.